Sebastian Chan, Manager of the Web Services Unit at the Powerhouse Museum

Tomorrow there's the free strategic social media seminar for the cultural sector, feat. Sebastian Chan @ SFMOMA.  It all came together, beautifully, pretty quickly and through a small social network.  The twitter hashtag'll be #sfmetrix.

Who is doing it?

Sebastian Chan leads the Digital, Social and Emerging Technologies department at the Powerhouse Museum in Sydney. His teams include the museum’s web unit, audio visual and photography, rights & permission and the photo library, the research library and Thinkspace, the Powerhouse’s digital media teaching laboratories. He is a researcher in several Australian Research Council Linkage projects researching social media, museums, and technology; and speaks internationally about the use of cutting edge technology in the cultural sector. He is on the international programme committees of Museums and the Web (USA), Digital Strategies for Heritage (Eu), the Horizon.Au New Media Consortium, and is an International Steering Committee member of Culturemondo, an international group of representatives of cultural portal strategists. Seb is also a member of the Australian Government’s Government 2.0 Taskforce examining ways of improving citizen engagement with government and opening access to public sector information.

Rich Cherry is the Director of the Balboa Park Online Collaborative, whose mission is to facilitate and execute a fundamentally change the way museums, cultural arts and science institutions in Balboa Park San Diego use of online technology.  Formerly he was the director of Operations at the Skirball Cultural Center in Los Angeles, where he oversaw Information Technology, Operations, Admissions, Facilities, Security, capital projects and more than $70 million in ongoing construction.  His has also held positions as the CIO and Director of Facilities at the Solomon R. Guggenheim Museum and the CIO of the Albright-Knox Art Gallery. He has also taught New Media theory, web design and animation in the Media Studies department at the State University of New York at Buffalo.  He is a board member of the Museum Computer Network serving on the finance committee and as chair for vendor relations, serves on the advisory panel of Fluid Engage, a Mellon Foundation funded project involving an international group of designers, developers, volunteers, and advisers who focus improving the user experience of community and open source web applications with an emphasis on addressing some of the challenges faced by museums and cultural institutions as they work to incorporate new technology into their web, mobile, and physical spaces and he is a founding member of Steve.Museum.

James G. Leventhal is the Director of Development and Marketing for the Judah L. Magnes Museum (Berkeley, CA) and is responsible for all fundraising, public relations and marketing for the Magnes. He worked for eight years at The Metropolitan Museum of Art in New York, first as a Research Intern in the Museum’s Department of European Paintings, then as a manager in the development of the Ratti Center, and the Museum’s first consolidated, digital inventory and image management system that was the springboard for one of the now museum-industry standard software solutions TMS.  James went on to spend six years as a lead technologist and Senior Development Officer in the Museum’s Executive Offices at the time when the Metropolitan was first embracing web strategies and the development of the Museum’s first site.  Before joining the team at the Magnes, James worked most recently as a fundraising consultant for the Fine Arts Museums of San Francisco to help the Museums wrap up the Campaign for the New de Young. He completed his undergraduate studies in Art History, Anthropology and Studio Art at NYU. James has done Master's work in Art History and Museology at the City College of New York and has an M.B.A. from John F. Kennedy University, with a specialization in Museum Studies. James has also worked as an educator at the Baltimore Museum of Art and at The Phillips Collection.  Since joining the Magnes, James has served on grant making panels for the San Francisco Arts Commission and at the Massachusetts Institute of Technology’s Museum Loan Network. He has also presented nationally on the use of technology for audience development and engagement in museums. As a member of the Western Museums Associations (WMA) Programs Committee, James helped WMA launch a digital presence through Facebook, LinkedIn and its blog http://westmuse.wordpress.com. 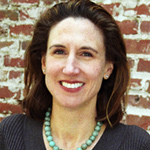 Dana Mitroff Silvers is the Head of Online Services at the San Francisco Museum of Modern Art. For over twelve years, she has worked on the design, development, and production of large-scale educational websites, including sites for the UC Berkeley Interactive University project and Computer Curriculum Corporation. She recently led the multi-year redesign of sfmoma.org, and oversees all aspects of the public-facing SFMOMA website.  Dana is on the international program committee of Museums and the Web, and is a frequent presenter and moderator at the annual Museums and the Web conference.  She has also presented at the annual conferences of the Museum Computer Network, IMLS Web Wise, and the American Association of Museums. She is a past board member of the Museum Computer Network, where she directed the redesign of the MCN website.  She has taught and lectured at both the undergraduate and graduate-level for numerous local institutions, including the University of San Francisco, JFK University, Cal State Monterey Bay, and San Francisco City College. Dana holds an MA in art history from the University of Chicago and a BA from the University of Southern California.

Perian Sully is the Collections Information Manager and Web Program Strategist for the Judah L. Magnes Museum (Berkeley, CA).  She holds a Master's Degree in Museum Studies, Interdisciplinary concentration (Collection Management and Technology) from John F. Kennedy University. She earned her Bachelor of Arts in Studio Art (sculpture) at University of California, Davis and began her museum career at the Richard L. Nelson Gallery at Davis. Perian has a deep interest in the intersection of technology, culture, and the arts, particularly as they relate to museum collections and emerging technologies. She is a contributor to the Musematic blog (http://www.musematic.org), a joint venture between the American Association of Museums Media and Technology Standing Professional Committee and the Museum Computer Network, and she is on the board of the Media and Technology SPC as Programs Chair. In addition, she is an active member of the American Association of Museums Registrar's Committee. In her free time, she researches and recreates 18th- and 19th-century costumes and makes her own modern clothing designs.

THANK YOU, National Arts Marketing Program! The National Arts Marketing Project (NAMP) is a program of Americans for the Arts and is sponsored nationally by American Express. In the Bay Area, these free workshops are further supported and developed with a grant from The Wallace Foundation in partnership with The San Francisco Foundation, Grants for the Arts/ San Francisco Hotel Tax Fund and Theatre Bay Area.