How do we make it through these challenging times with museums and historical societies closing their doors or implementing hiring freezes after a sustained period of expansion?  One approach is to join forces.

To quote from one of the underlying themes of the work occurring in the San Francisco Bay Area as part of the National Arts Marketing Program:

As more and more advertisements try to capture your prospective patron’s attention, it‘s becoming clear that it is no longer enough to just do more. We have to start marketing smarter because, honestly, there’s only so much that an arts organization can do by itself to gain a foothold. We have to collaborate.

On Monday, October 26, 2009 the afternoon session of the first full day on the Western Museums Association meeting in San Diego will include a session to discuss the formation and strategic planning of the Balboa Park Cultural Partnership (BPCP) and describe its activities including the Balboa Park Learning Institute, business services, advocacy, sustainability, marketing, public relations, governance, parking and on-line collaborative.

Foundational work in the creation of the Balboa Park Cultural Partnership has occurred with two studies:

Established as a nonprofit organization in 2003, the Balboa Park Cultural Partnership is the collaborative body and collective voice for 24 diverse arts, science and cultural institutions in Balboa Park whose 500 trustees, 7,000 volunteers, and 3,500 staff serve more than 6.5 million members and visitors annually. Our mission is to enrich the cultural life in and beyond San Diego by facilitating collaboration among Balboa Park’s cultural institutions and with the community; to enable the cultural institutions to achieve their full individual and collective potential; and, to preserve, enhance, and make accessible the arts, science, and cultural assets of Balboa Park for present and future generations. The Partnership facilitates collaboration in areas such as education, operations, governance and advocacy, marketing and PR, and sharing and communication.

While neither part of the session, nor really a part of the Western Museums Association, per se, another amazing aspect of the collaborative work at play in San Diego, Rich Cherry heads up the Balboa Park Online Collaborative (BPOC).

Cherry is more focused on the Museum Computer Network (MCN), amongst other professional organizations.  In fact the upcoming 37th Annnual MCN conference later this year has the working theme of "Museum Information, Museum Efficiency: Doing More with Less!"  And Rich Cherry and the Balboa Park Online Collaborative helped bring together the #sfmetrix session WMA co presented last August at the SFMOMA. 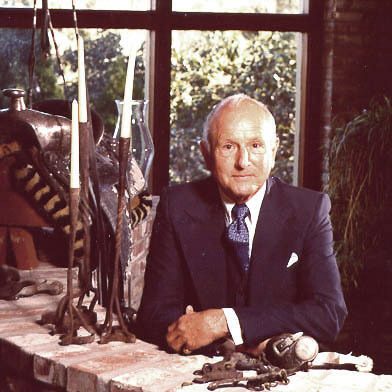 The Balboa Park Online Collaborative is made possible in large part by the The Legler Benbough Foundation.  For many decades, the Benbough family helped shape the City of San Diego. Legler Benbough's father, Percy Benbough, founded the Benbough Mortuary and was mayor of San Diego from 1935 until his death in 1942.  Legler Benbough, as a businessman, civic leader, philanthropist and rancher was an important contributor to the civic and cultural life of the City throughout his lifetime. He expanded the mortuary business after his father's death to become owner of the largest group of mortuaries in the United States.  With no direct heirs, Mr. Benbough made a decision in 1985 to establish a charitable Foundation that would promote his interest in helping improve the quality of life for San Diegans.

The Foundation was initially funded with proceeds of business operations. In 1987, the Benbough ranch in Rancho Santa Fe was transferred to the Foundation and sold. In 1999, the principal funding of the Foundation occurred on the settlement of Mr. Benbough's estate.  As of December 31, 2008, the grants from the Foundation to date totalled Twenty Million Eight Hundred one Thousand three Hundred thirteen Dollars ($20,801,313) and the assets on hand net of liabilities were Twenty Nine Million Eight Hundred Fifty Four Thousand Three Hundred and Forty Eight Dollars ($29,854,348). (source: The Legler Benbough Foundation)

San Diego is lucky.  And as many of us know, the best way to cultivate, engage and encourage extraordinary support is to keep friends and donors informed.  But what do you do if there are limited resources?  An extremely important part of the ongoing collaborative experiment is underway in San Francisco -- the Bay Area Big List.

According to those who are running the Big List:

In many cities across the country, arts groups have started new experiments in collaborative marketing designed to harness the collective energy of the community. These have helped increase both first-time and return attendance levels for the community at large -- essentially raising the tide by working together instead of working against each other.

Later this week in the San Francisco Bay Area there will be free workshops that will focus on how 112 arts organizations of all types have collaborated to form one of the largest “Big List” list cooperatives in the country. The Bay Area Big List, which currently holds information for over 430,000 unique arts-going households, is fast becoming one of the largest list co-op programs in the country.

This collaborative model, in which companies gather their mailing lists together in a centralized pool to be cross-referenced, checked for accuracy and tagged with demographic information, allows arts organizations to market smarter, reach new arts-hungry patrons and get a higher return on investment.

Each convening will feature a panel of local arts organizations and Big List administrative staff discussing the impetus of the Big List, the other collaborative efforts that have emerged in conjunction with that program, and the future of collaborative marketing in the Bay Area.  Panelists will include representatives from SFMOMA, ACT, Berkeley Rep, San Jose Institute of Contemporary Art, Oakland East Bay Symphony, and more.  A full description and the RSVP form (required) can be found at www.theatrebayarea.org/tide.

The free sessions will be

It is programs such as these above that help the big arts organizatiosn equal as much as they do the small ones.  Everybody benefits.  And what's this year's theme for #WMA09?  "A Rising Tide," right.  All boats, people.  All boats.

And these sessions in the San Francisco Bay Area about the Bay Area Big List?  Their theme/title?  Raising the Tide.  All boats, people.  All boats.

See you in San Diego!

(Raising the Tide is part of the NAMP/Wallace Marketing Workshops series. The National Arts Marketing Project (NAMP) is a program of Americans for the Arts and is sponsored nationally by American Express. In the Bay Area, these free workshops are further supported and developed with a grant from The Wallace Foundation in partnership with The San Francisco Foundation, Grants for the Arts/San Francisco Hotel Tax Fund and Theatre Bay Area.)