I was watching the 123rd annual Rose Parade, January 2, 2012 in Pasadena, CA – one of the brightest and warmest Rose Parade days anyone seems to remember. And if that isn’t remarkable enough, among the marching bands, surfing dogs, equestrian units and gigantic flower bedecked displays of commercial and civic pride, there was a museum float!  Ok, yes, it’s disguised as a dinosaur trio,  which everyone can relate to, but it was a MUSEUM FLOAT!  The Natural History 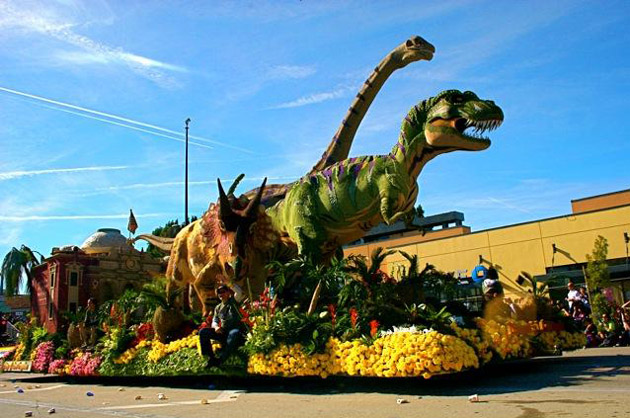 Museum of Los Angeles presented their first-ever float for this most historic parade,  featuring the museum’s newly renovated 1913 building, and in true LA style, three major “stars” were ready for their close up - Thomas the T. rex, an immense Triceratops, and the long-necked Mamenchisaurus.  And unlike the movie Jurassic Park, these dino’s didn’t lunge into the crowd to snap up tasty parade viewers along the route.  It was truly remarkable – the museum raised money through all private donations, used volunteer labor, partnered with the LA Visitor’s bureau, and pulled off a beautiful and creative float.

How unique is the Natural History Museum’s float?  I’ve done some searching and can’t find ANY reference to ANY museum presenting a float in the 123 years of the Parade – the closest I have found are some equestrian riders in years past from the Roy Rogers Museum.

With millions around the world watching the famous and historical Rose Parade, the Natural History Museum certainly racked up a lot of “visitation” – can they count those visitation numbers when applying for grants or when listing their visitation numbers in the Official Museum Directory?  What’s next, a star on the 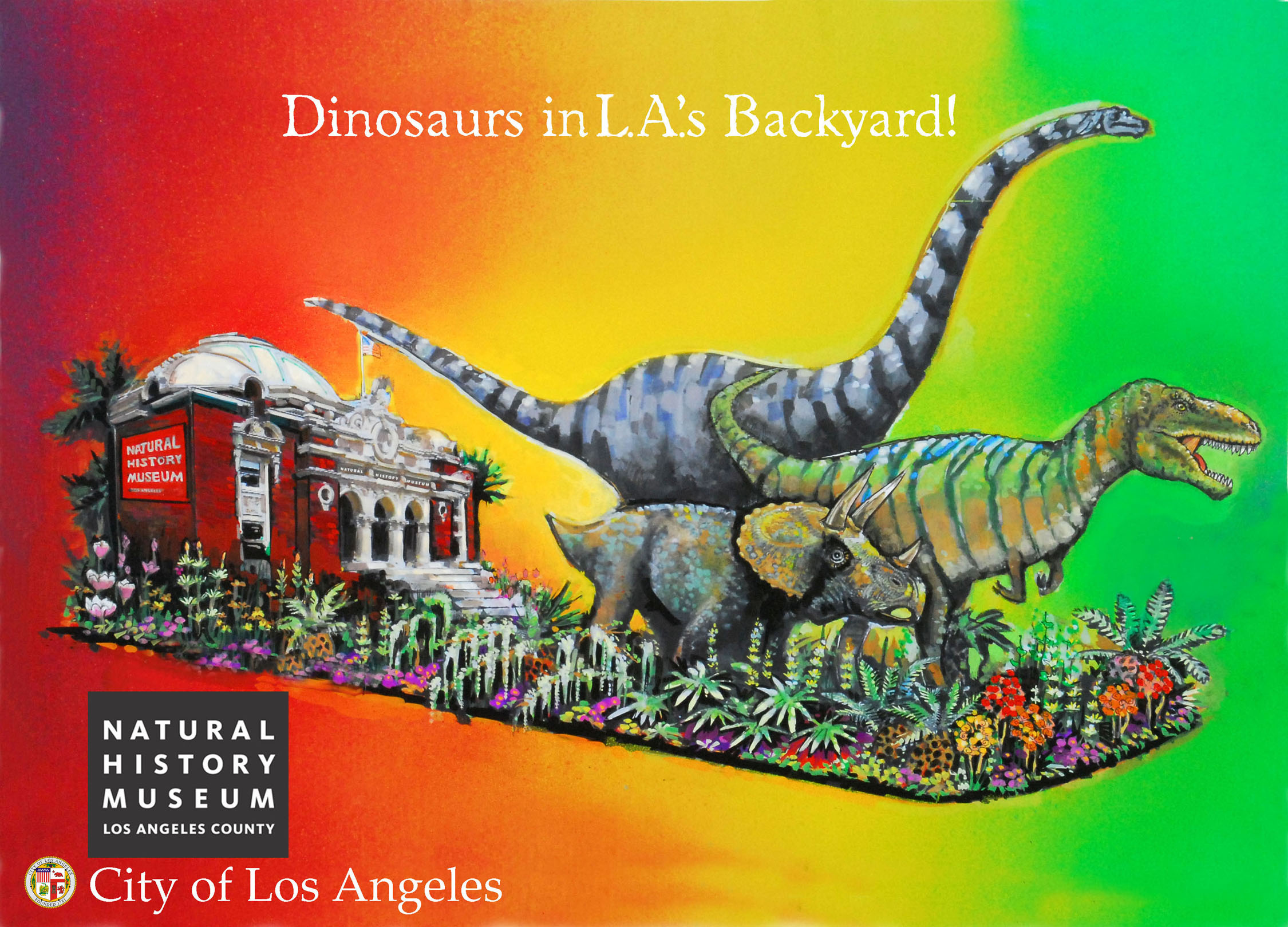 Hollywood Walk of Fame?  A Super Bowl advertisement with Betty White? The opportunity to present the Museum before the millions of viewers was priceless.  What will the resulting visitation figures be for the Natural History Museum of Los Angeles County in the months to come after the Rose Parade viewing?  We’ll have to check back and see……….hopefully their gift shop ordered extra little stuffed dino’s and t-shirts to satisfy the increase in visitors!

But seriously, why is this the first time (that I know of, correct me if you know differently!) a museum has joined in presenting in such a VERY PUBLIC parade, seen by millions around the world? Is this a trend now to be repeated in other parades and festivities?  Why not? In my imagination I picture many more museums in future Rose Parades……..such as, a Getty Museum float,  with the “Getty bronze” (Victorious Youth) articulated to wave at the crowds, covered in pepper buds and seaweed, standing amid a field of black amphora (amphorae?) and Etruscan bronzes, and in the float’s background a to-scale model of a portion of the Getty Villa ,with to-scale sculptures of ancient Gods and Goddesses, Satyrs and Nymphs, and the float populated by, of course, Getty Museum staff – curators, preps, and of course, the dedicated registrars, wearing period-appropriate garb, also waving to the crowds and the cameras, while monitoring the hygrothermograph and vibration, with float-walkers along the route passing out brochures and discount coupons for the gift shop.

Now, about that surfing dog……….

Victoria brings more than 23 years experience in the fine arts and collections insurance field, in addition to her prior professional museum and art gallery experience.  Victoria serves on the Board of Directors of the Western Museums Association; and the University of California, Riverside, Dean’s Advisory Council for the College of Humanities, Arts, and Social Sciences, and UCR ArtsBlock Committee.