This year’s Western Museums Association Annual Meeting in Palm Springs was an insightful and interesting experience for someone like myself just starting out in their museum career. The theme I took from this year’s Annual Meeting and conference was the idea of “thinking outside the box,” both literally and figuratively. Two of the sessions I attended demonstrated this idea most effectively. The first was “Whats Now/What’s Next 2012: Showcasing the New and Notable of the West’s Most Innovative Projects and Programs” led by Robert Checchi, Senior Designer at the J. Paul Getty Museum. The second focused on two local projects that I am familiar with and that literally think outside the box with their innovative use of architecture through a combination of preservation and restoration. This session was “Creating Cultural Resources: Restoring and Rehabilitating Modern Buildings,” moderated by Sidney Williams, Curator of Architecture and Design at the Palm Springs Art Museum.

As you can see, both of these sessions focus on interesting and groundbreaking projects executed in Southern California, but through the course of conference I was amazed at the range of great projects and exhibitions being created at museums and universities from Alaska to Utah. I would like to start with the first session I attended at the conference and the one that really created excitement for the rest of the conference. During “What’s Now/What’s Next” Robert Checchi presented a view of museum exhibition display and educational interaction that was completely new to me. He demonstrated recently developed and interesting ways that technology can be integrated into a visitor’s interaction with the artwork.

In the Getty Museum’s current exhibition, The Life of Art: Context, Collecting, and Display Robert has created an interactive component to deconstruct the featured artworks using iPads as part of the exhibition. On the iPads is a hands-on program that the museum has created internally to help decode the different elements of artworks selected from the museum’s permanent 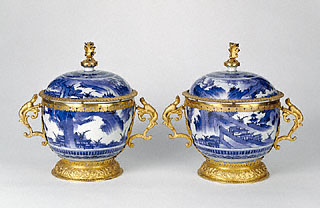 collection. The Getty features the interactive program on their website so you can try it out for yourself. As the viewer learns more about different elements of the featured work the discreet parts literally come alive, revealing their full color. According to Robert, and I agree, not only does this encourage the viewer to learn about the different aspects of a complicated work of art, it also encourages the viewer to look at the real artwork on display. Other projects at various museums in the session featured different ways that technology can be used to give people a point of access to varying types of museum collections.

The second session I would like to cite is “close to my heart” because I have worked with Curator Sidney Williams, along with architect Leo Marmol, on one of the featured projects in “Creating Cultural Resources.” Both projects in this session, the Palm Springs Art Museum’s new Architecture and Design Center, Edwards Harris Pavilion and the Annenberg Estate, Center and Gardens at Sunnylands, are examples of Modern architectural buildings that have been restored, rehabilitated, and adapted to new uses. During the past year I have worked with Sidney on the museum’s Architecture and Design Center, Edwards Harris Pavilion, the site of the former Santa Fe Federal Savings and Loan bank in Palm Springs.

The museum acquired the building with the intention of rehabilitating it to be used as an architecture and design center. The Palm Springs Art Museum’s webpage about the project has further details and great Julius Shulman images of the original building. Through this project the museum has the opportunity to work with Marmol Radziner Architects who designate a whole portion of their architectural work to restoration, including sites like the Kaufmann house  by Richard Neutra in Palm Springs. During the session Leo Marmol spoke about the 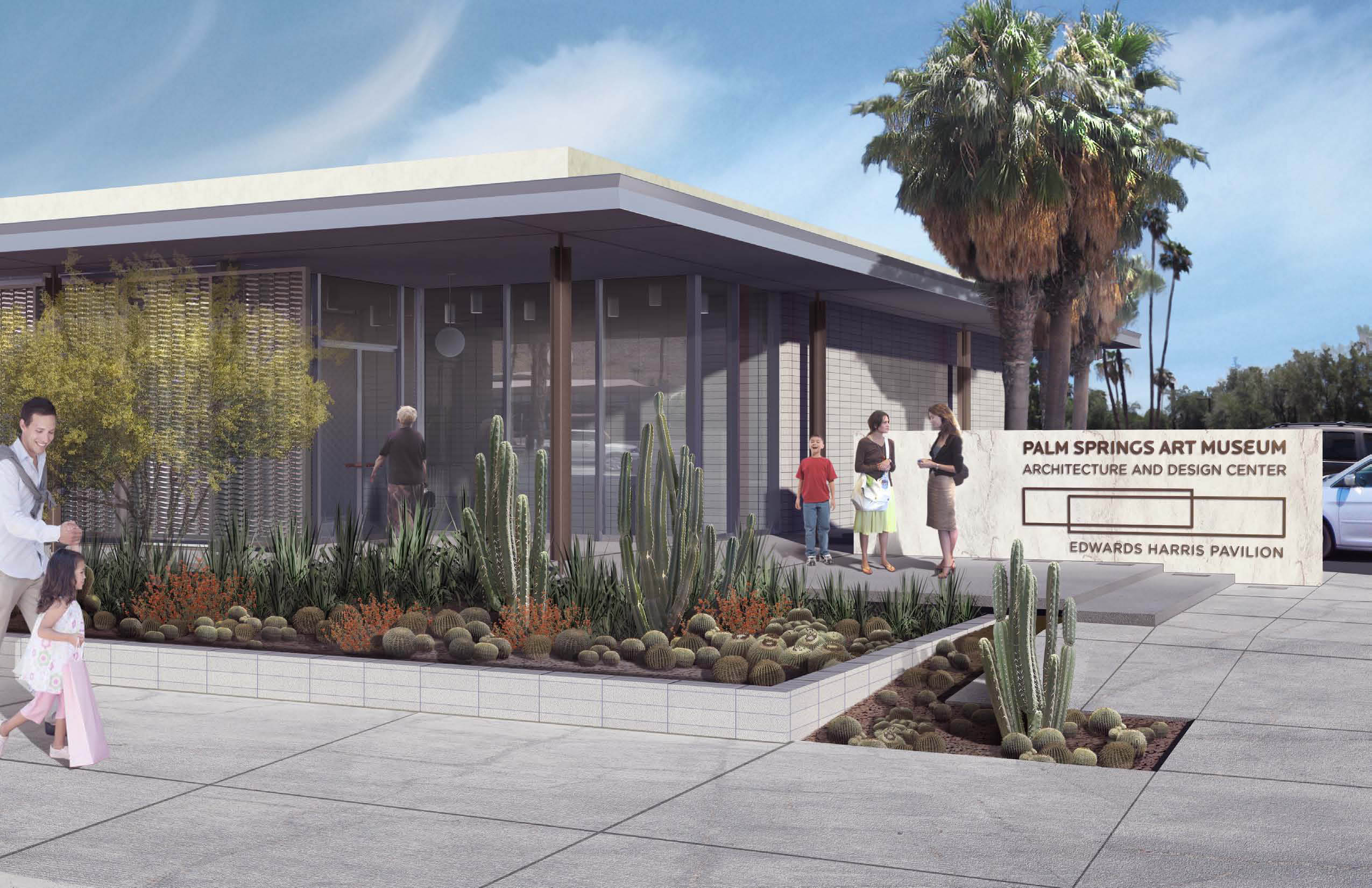 need for old buildings, like the Architecture and Design Center, to be rehabilitated and adapted to new use, not only to preserve the historical value of their Modern heritage, but also in considering a more sustainable approach to building. The museum is also excited to set a new precedent by housing an architecture and design center in a museum that is itself a Class 1 historic site. The museum feels that this is a new and different way about thinking about museum expansion as well, since the Architecture and Design Center is also a part of the museum’s permanent collection, itself a work of art.

Through these two sessions I was able to obtain a new outlook on the way museums can interact with the public and “think outside the box” for their programming. In “What’s Now/What’s Next” the new idea was the exploration of new ways of using technology to engage the viewer in a work of art. In “Creating Cultural Resources” I learned even more about how museums can “think outside the box” about the role of their institution in relationship to it’s own architecture, rehabilitation, and sustainability. 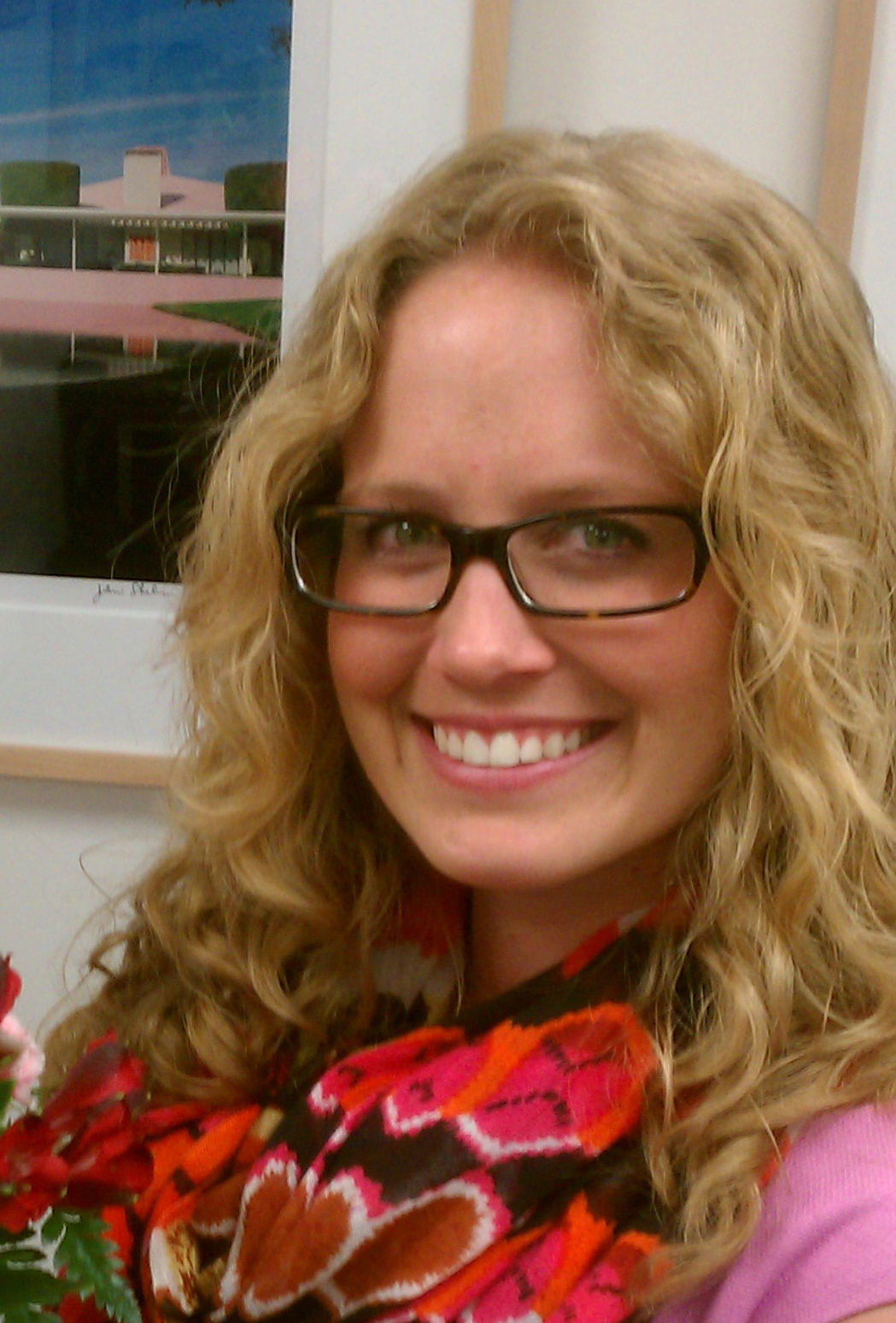 Brooke Devenney grew up in La Quinta, California and graduated from the University of California, Santa Barbara in 2008 with a dual Bachelor of Arts in Art History and Studio Art. Upon graduation Brooke took a position as Special Events Coordinator at the Palm Springs Art Museum, and for the past three years has held the concurrent positions as Architecture and Design Council Coordinator, Photography Collection Council Coordinator, and Collectors Forum Administrator. These positions have given her first-hand experiences with architecture, photography and Contemporary art while working with the Senior Curator and Curator of Architecture and Design. She currently works at the Palm Springs Art Museum as Curatorial Administrator while obtaining her Master of Arts in Art History at the University of California, Riverside.