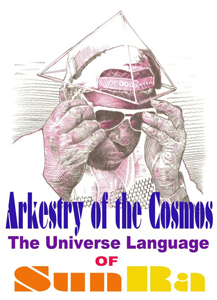 Big government is usually equated with bureaucracy, red tape and ineffective spending. But occasionally big government gets it right...very right. Case in point is the Heritage Music Education and Exhibition program at the William Grant Still Art Center, a bureau of the City of Los Angeles, located in the multi-cultural West Adams/Crenshaw district of Los Angeles. Currently featured at the Center is the Arkestry of the Cosmos: The Universe Language of Sun Ra, an exhibition of the archives, art, and interviews of legendary musician Sun Ra and members of his “Ark.” The exhibition is the fifth in the Still’s African-American Heritage Exhibition series, celebrating the life of African-American composers. Prior exhibitions at this community center have featured such jazz legends as Charlie Minkus, Thelonious Monk, and partners Abbey Lincoln and Max Roach.

The Still’s exemplary Heritage Music Education and Exhibition program focuses on an influential musician, opens with a related professional performance, and then utilizes the famous musician’s oeuvre as the basis for the Center’s low-cost youth music lessons. For instance, the current Sun Ra exhibition was launched in February to a SRO audience with special one-time performance of alumni from The Arkestra and other noted local musicians. Sun Ra (1914-1993) was a prolific jazz composer, bandleader, and synthesizer, whose music, poetry and performances was based on a “cosmic philosophy” and quest to expand minds, music, and the souls through musical experimentation. Famous for his eclectic and quirky music and lifestyle, Sun Ra led an ensemble called “The Arkestra” – and other names as Sun Ra’s music constantly changed and grew. Music aficionados consider Ra’s influence to be great, because of his many technical music innovations and reaffirmation of music rooted in black history, mysticism and spirituality. The Center’s rollicking opening concert included former Arkestra member Dale Williams with Dwight Trible, Edwin Livingston, Bobby West, Marcus Miller and Derf Reklaw. In addition to the public music lessons, the Center supports “The William Grant Still Youth Ensemble,” comprised of local youth musicians ages 11-14, most of whom began their music education with the center as young children. The Ensemble made their public debut in 2012 at the South LA Summer Power Festival and at LAXART gallery as part of the “Made in LA” series. The Ensemble has also been learning about Sun Ra – performing on April 20-21 and again on April 26.

The Center is named after William Grant Still, a prominent African-American classical composer and the first Black to conduct a major American symphony. Decorating the Center’s exterior is a poignant wall mural depicting Still’s opera entitled The Troubled Island.