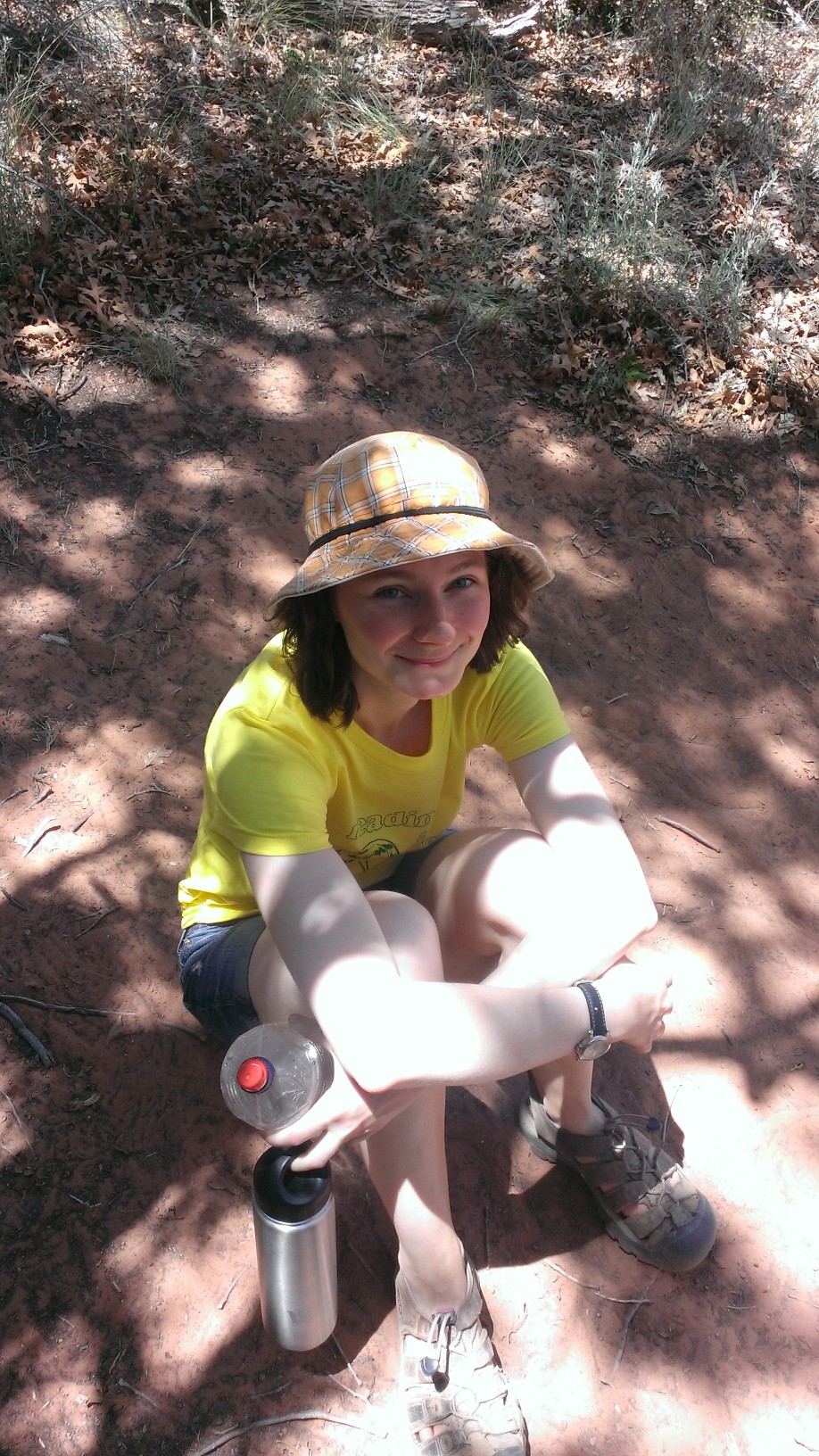 Susannah during her 2013 internship at the Anasazi State Park Museum in Boulder, Utah

Two days before the Western Museums Association (WMA) 2013 Annual Meeting, I was the only grad student in the Northern Studies offices at midnight. In my last minute packing I remembered that I forgot to print out some business cards, so I rushed to the office and waited for the taxi as the printer chugged out cards that repeated: “Susannah Dowds, University of Alaska Fairbanks.” Business cards are familiar symbols of “networking,” a buzzword and a priority among newcomers like me, but despite my stack of little white cards, I never thought that “networking” captured the interactions at museum conferences.

From my earliest memories “network” has been a term favored by technical support after ice storms knocked out the Internet connection. “Networking” also has a corporate connotation of shiny suits that stress “connections” rather than human conversation. As a result, I was pleased to see that my ideas of “networking” ran counter to the WMA pre-conference email stating: “Salt Lake City has a…rugged character, it is often considered as the crossroads of the West. Likewise, one of the elements in the WMA’s mission is fun. With the mountain climate and enjoyable spirit, casual wear is encouraged for the 2013 Annual Meeting.” An annual meeting that celebrated “rugged character,” “fun,” “mountain climate and enjoyable spirit” sounded much better than “professional development.” I knew that all over the western United States, museum enthusiasts were preparing business cards and presentations; I met a colleague from Hawaii who, like me, brought provisions for a night in the airport. Connections made during meetings and conversations offered through the WMA conference and the Wanda Chin Scholarship present a doorway to expertise, belonging, and inspiration. Face to face conversations and contact information is a lifeline. I know from working in a small, isolated community in Alaska, that meeting someone face to face first and then asking for help later is much easier than a cold approach on a listserv or an email out of the blue. Funding and the accepting community of WMA made it possible for a grad school student from Fairbanks, Alaska to benefit from a regional conference in Salt Lake, Utah.

Subsequently, I like to think of museum conferences as community gatherings, and business cards as colleagues. As much as I object to the connotations surrounding “networking,” it is the conversations that arise from sessions, coffee breaks and meals that prove to be the most inspiring parts of regional meetings. My stack of business cards remains in my desk; connecting me with contacts all over the West, ready to offer advice on subjects ranging from grant writing to smartphone platforms.

This trip to Utah in particular was special for me because I had the great pleasure of staying with the talented Megan Keller, curator at the Camp Floyd Stagecoach Inn State Park and Museum. We had met during the summer as I finished up an internship at Anasazi State Park—I was interning at the beginning of the summer, while Megan had been an intern 2 years before. During our first meeting I felt we were on the same wavelength when, on our second cup of coffee, we were discussing the appropriate notation for an enhanced map image that would appear in her exhibit.

This October as I pulled up to the Draper TRAX station I texted: “Hey I’m almost here” and then “I have an exhibit conundrum.” I don’t recall the exact reply from Megan, but I do remember lots of exclamation points. I also remember talking about my Plexiglas problem on the car ride home. Megan was also hosting Suzi Hough, the second summer intern at the Anasazi State Park Museum and we had a fabulous time comparing notes on Boulder Utah, the museum exhibits, and above all, visitor comments. All of us were grateful that Mike Nelson had brought us to Boulder for a summer.

Although I was a newcomer to the Western Museums Association Annual Meeting, I never felt uncomfortable approaching anyone. I think this openness is a credit to the organization; this gathering of highly intelligent professionals is also collaborative. On the first night of the conference I went to the Emerging Professionals meet-up and found myself seated across from Mark Ingalls, the Information Technology Manager technical at the Natural History Museum of Utah. Not being a technically inclined person I was fascinated to hear about the kiosks in Nature Unleashed, a traveling exhibit about natural disasters, I was even more excited to investigate the displays during the evening event at the Natural History Museum of Utah.

Collaboration and community were also apparent at museum sessions. During the Sunday morning session “What Identity-Based Cultural Institutions can Teach Us about the Coming ‘Minority-Majority’ America” museum professionals came together to discuss how identity relates to museums. The United States has long been recognized as a “melting pot,” and museums have responded with institutions centered on diverse identities, but as the American population moves toward having no majority group, institutions that focus on minority cultures must consider demographic changes in the visiting audience. Who are the visitors? How can a museum make exhibits relevant to audiences of diverse age groups and backgrounds? Would a Church of Jesus Christ of Latter-day Saints member feel comfortable going to an LGBT museum and vice versa? Both the session and the conclusions from the discussion advocated creating a space where viewpoints were expressed and considered. Museums are not usually at the forefront of advocacy, but often serve as power forums of understanding. The discussion, driven by a group of dedicated and knowledgeable people, was an inspiring and democratic expression of tolerance.

Museums are community-centered organizations that strive to broaden the horizons of visitors. Whether located in rural Alaska or Utah’s capital city, each institution provides access to objects, ideas and heritage. Likewise, the people within these museums are a community, a human “network.” The Western Museums Association Annual Meeting and the Wanda Chin Scholarship allowed me the opportunity to bounce ideas, and absorb the creative energy of museums professionals across the West. Lucky for me, a boost of creativity is ready and waiting in a stack of business cards, inspiration is just an email away.

Susannah Dowds is a second year master’s student at the University of Alaska Fairbanks, majoring in Northern Studies and Museum Studies. She has lived and worked in Alaska during the past four years. Currently she is writing a thesis exploring Alaska Sourdough that she hopes will become a museum exhibit after she graduates in the spring.

The Wanda Chin Professional Development Support Fund helps support travel and registration for Western Museums Association members and students. The Fund is underwritten by a Silent Auction in the Exhibit Hall of each Annual Meeting. Thank you to all donors and purchasers who have supported both the Fund and professional development it makes possible. For more information, please click here.