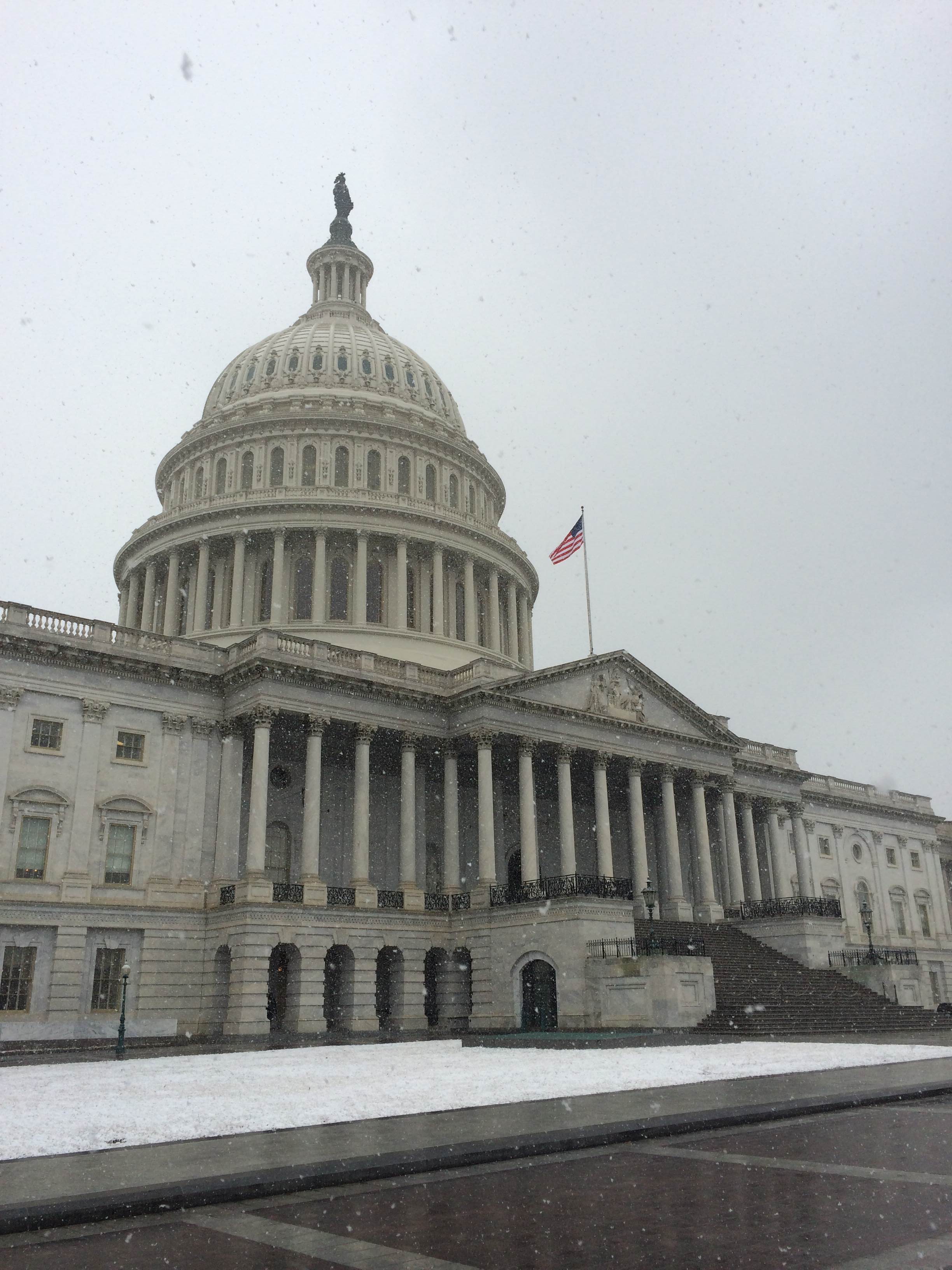 The Western Museums Association (WMA) was a proud Leader Sponsor of the Sixth Annual Museums Advocacy Day – a two-day event February 24-25, 2014, in Washington, DC. While many working in the museum field know that museums play a key role in education, job creation, tourism, economic development and more, many elected officials are not fully aware. In February, WMA Executive Director Jason B. Jones helped support the field by advocating on Capitol Hill for museums and against potential budget cuts for next year. The following is a brief update on Museum Advocacy Day 2014 from Ben Kershaw, Assistant Director of Congressional Relations, American Alliance of Museums.

A few weeks ago, 8-year-old Spencer Hahn spoke to an audience of hundreds on Capitol Hill before running across the room to leap into the arms of his friend Rex, a giant green dinosaur. It was a wonderful moment, but it was never supposed to happen. When Spencer was born, many thought he would never walk or talk, but he did both for the first time at his local museum. In fact, Spencer’s mother gives Rex and others at the museum all the credit for changing his life forever. 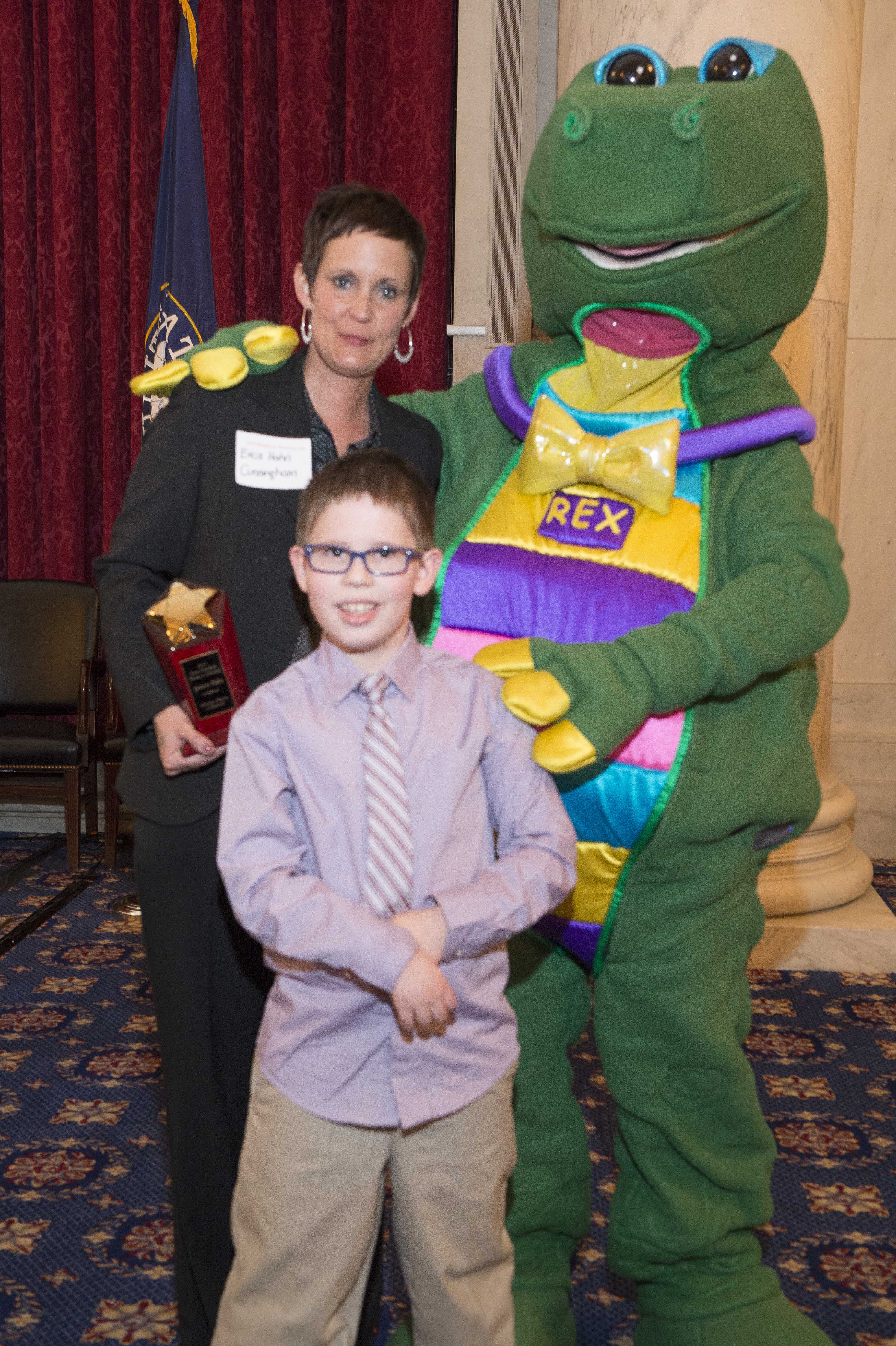 Spencer Hahn and Rex the dinosaur

Those of us in the museum field spend a lot of time talking about how our institutions are good for the economy, for education, for our communities, and for our souls, and we should. But do you know who can tell these stories in ways even more powerful than us? The people whose lives have been changed by our museums.

That’s why we were so thrilled to be joined at Museums Advocacy Day in Washington, D.C. this year by two Great American Museum Advocates. The entire crowd at the Congressional reception—including legislators, Congressional staff, federal agency staff, and museum advocates—lit up when Oakland teenager Simone Batiste spoke about how her local museum inspired her to a career in science. And dry eyes were few and far between when Spencer hugged his best friend Rex.

On February 24-25, 2014, over 300 museum professionals and supporters from around the country met in Washington, D.C. for the Sixth Annual Museums Advocacy Day. They spent their first day brushing up on policy issues and getting the coaching they’d need to make the greatest impact. They heard directly from leaders of federal agencies that support museums and from former Congressional staff about what to expect. The next day, they brought their message to the marble hallways of Capitol Hill. In fact, for the first time ever, legislators in all 50 states heard our field’s message. 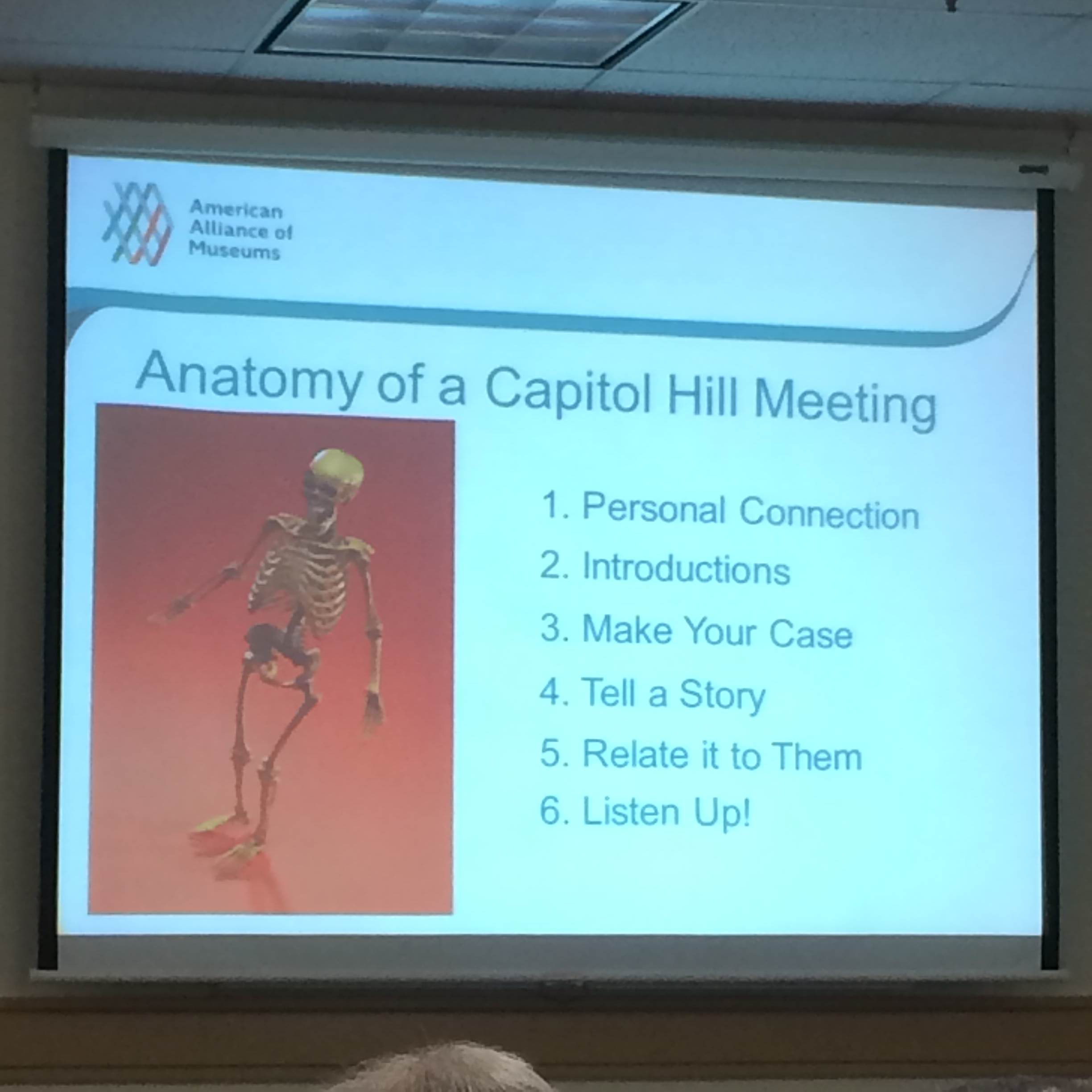 The Anatomy of a Capitol Hill Meeting

Want to know how we were able to make visits to Congressional offices in all 50 states this year? It was in large part because of one man—WMA’s fearless leader Jason Jones—and his willingness to cover meetings from Arizona to Idaho to Utah.

Jason, his fellow WMA members, and other citizen lobbyists asked legislators to support funding for key federal agencies like the IMLS Office of Museum Services. With serious talk of tax reform coming from both the President and Republicans in Congress, they reminded legislators that museums depend on charitable donations for over a third of their budgets. Many also made their legislators mindful that museums aren’t just key educational assets; they are beloved community anchors that receive over a million volunteer hours every week.

The Sixth Annual Museums Advocacy Day was a huge success, and we never could have done it without our sponsors, including the incredible support of the Western Museums Association. But we’ve still got a long way to go before all 535 members of Congress hear from their constituents.

So if you joined us in Washington, D.C. this year, thank you from the bottom of our hearts. If you couldn’t make it, we hope to see you next year.

While you’re thinking about your 2015 travel plans, here are three things you can do to advance the cause of museums everywhere:

Ben Kershaw is the Assistant Director of Congressional Relations at the American Alliance of Museums.  Before coming to the Alliance, he handled tax, budget, and workforce issues for Senator Jeanne Shaheen (D-NH). He also previously served under Representative Patrick Kennedy (D-RI), working on a wide range of issues including arts, historic preservation, taxes, and transportation.