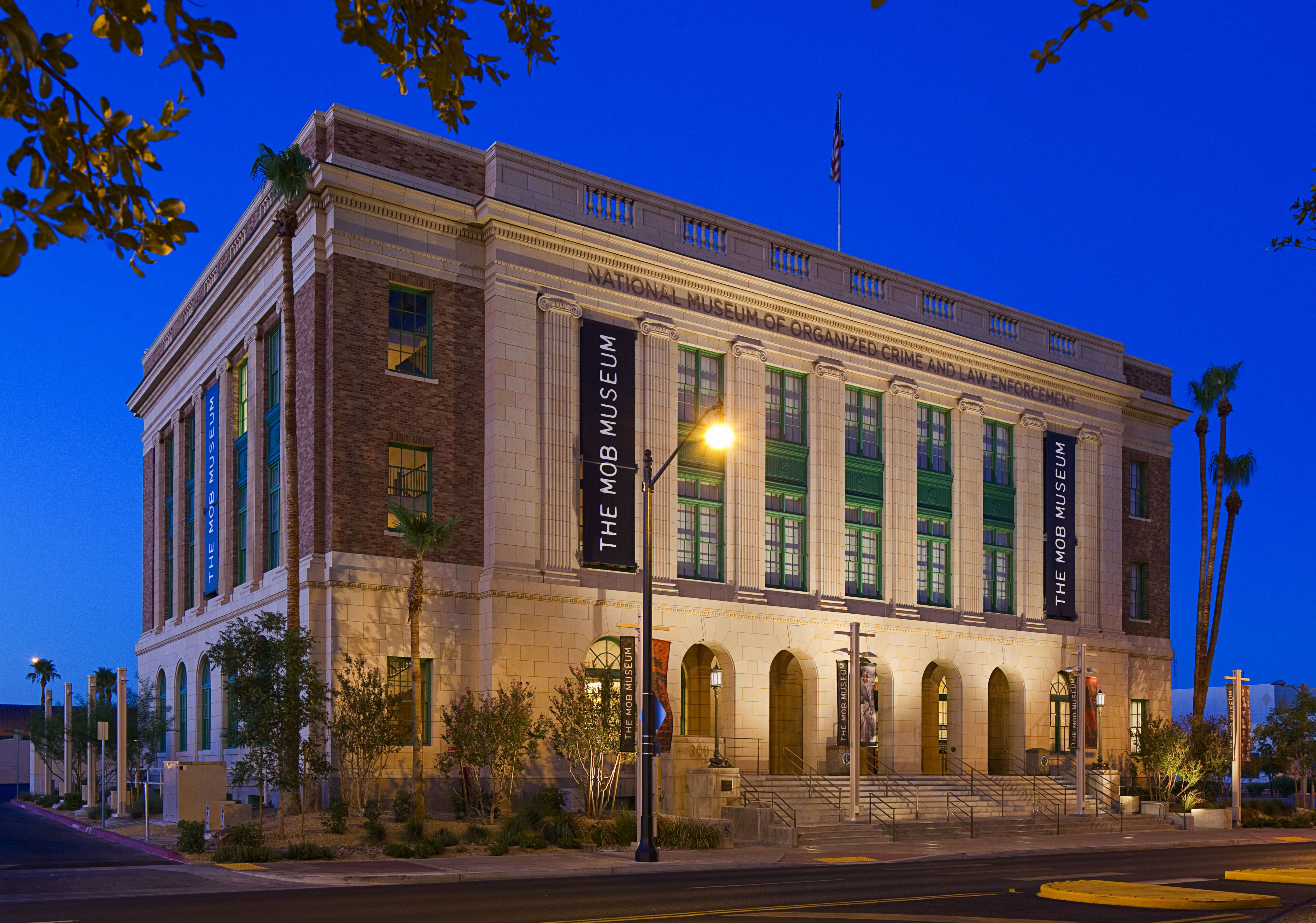 Since opening on February 14, 2012, The Mob Museum has welcomed nearly a half-million visitors from all 50 states, and nearly three-dozen countries around the world. With its mission of advancing public understanding of organized crime’s history and impact on American society, it is the only museum dedicated to telling the incredible story of organized crime and law enforcement, and its impact both on Las Vegas and the world. "The Mob Museum has been an exciting and interactive addition to downtown Las Vegas," added Las Vegas Mayor Carolyn G. Goodman. "I'm so pleased at the success the museum is having and its role in the continuing renaissance of the city's urban core." The Mob Museum’s home is in and of itself a historical artifact – it is located in the former U.S. Post Office and Courthouse, which was built in 1933 and is listed on the National Register of Historic Places. Prior to housing the Museum, though, the building saw its fair share of action and drama. From 1950 to 1951, the Kefauver Committee hearings (led by U.S. Senator Estes Kefauver [Democrat-Tennessee]) on organized crime were held in 14 cities around the United States. This historic hearing took place in the courtroom of the city’s first federal building, and that very courtroom has been restored as the centerpiece of The Mob Museum. 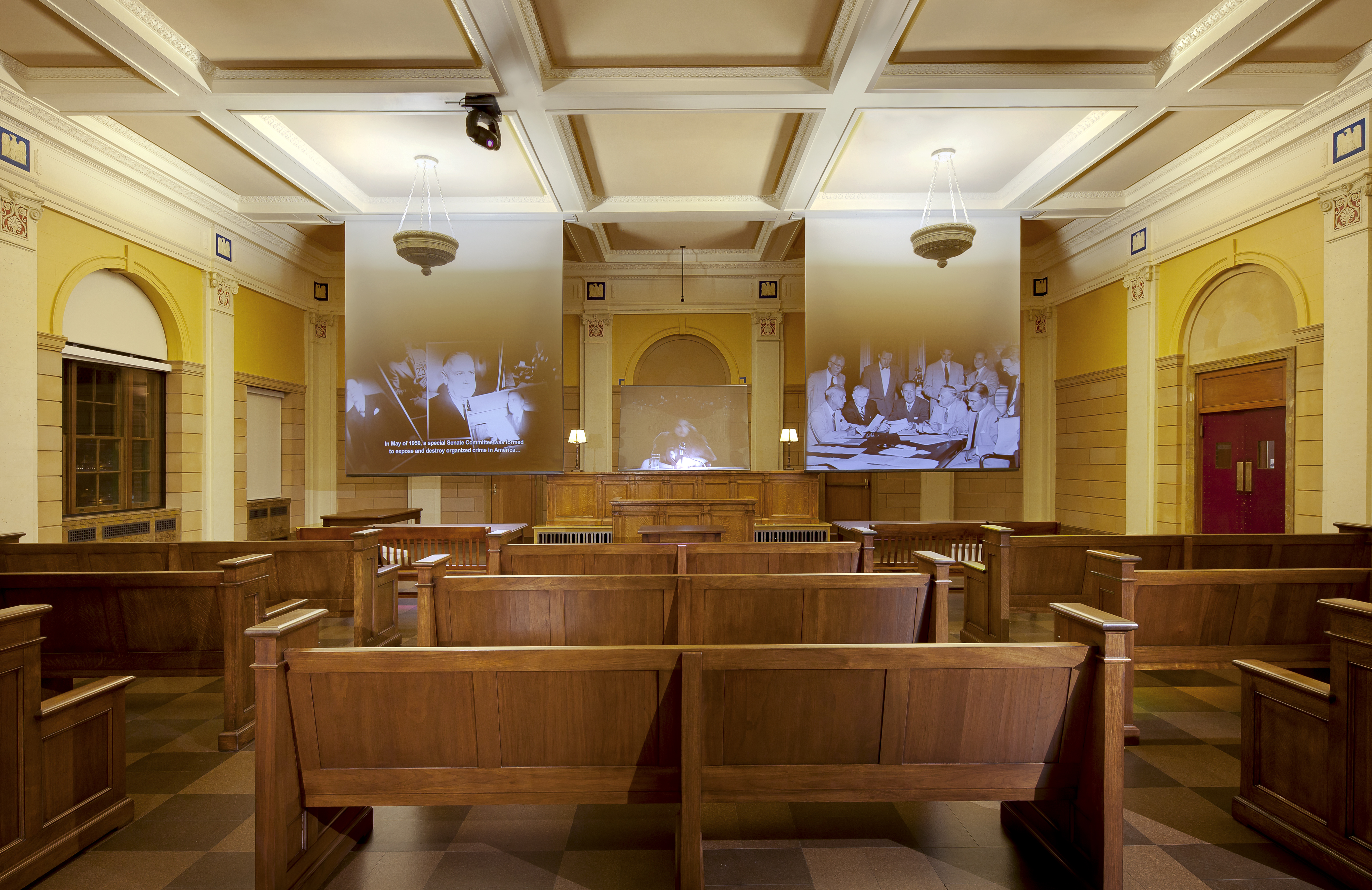 The recreated courtroom inside The Mob Museum where one of the nationwide hearings to expose organized crime took place.

Examples of these artifacts within exhibits include objects such as a recent temporary display of two Thompson Machine Guns, the only guns scientifically proven to be used in the St. Valentine’s Day Massacre in 1929. 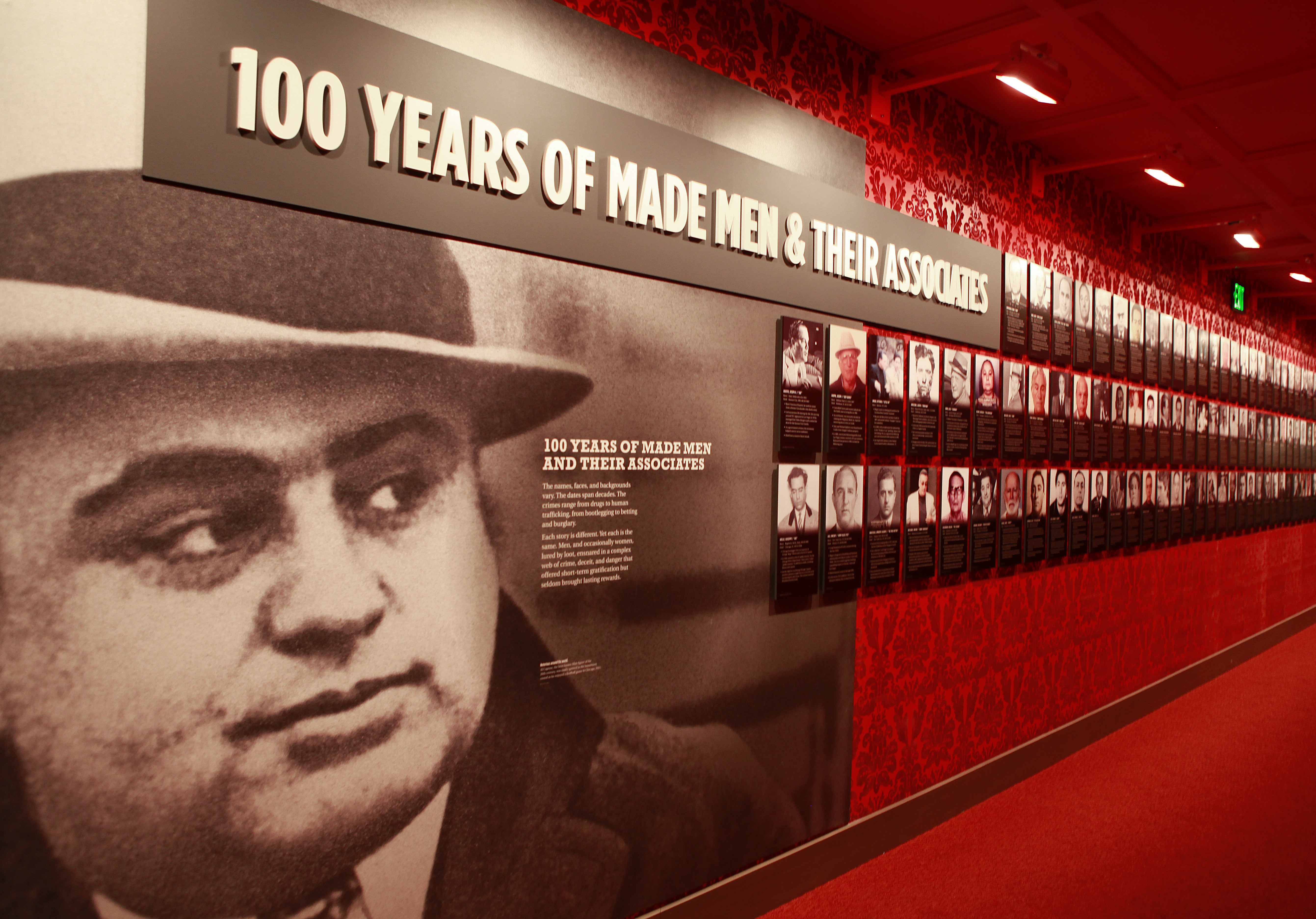 The 'Made Men' exhibit 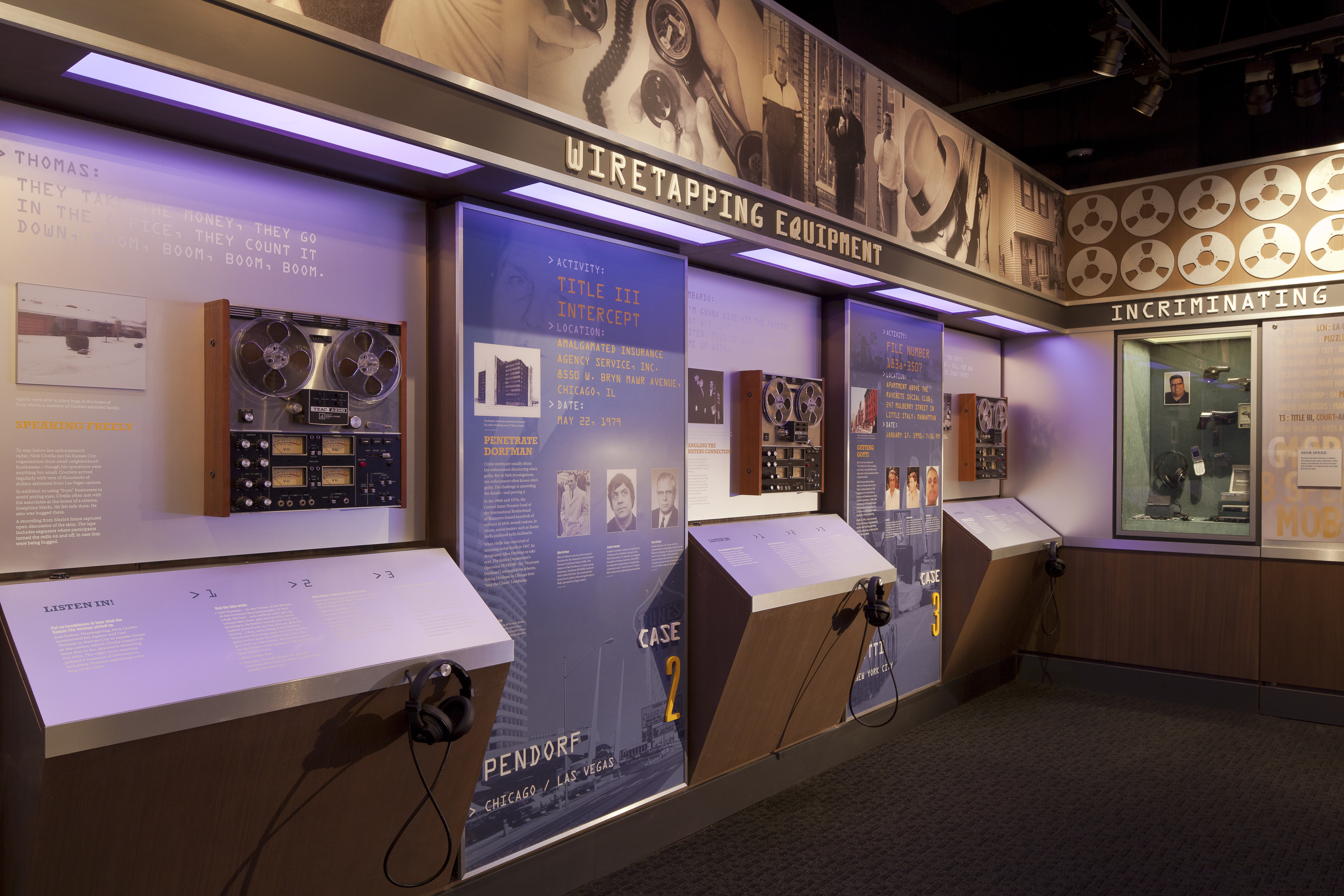 An interactive exhibit where guests can listen in to actual wiretaps the government used to catch Mobsters. 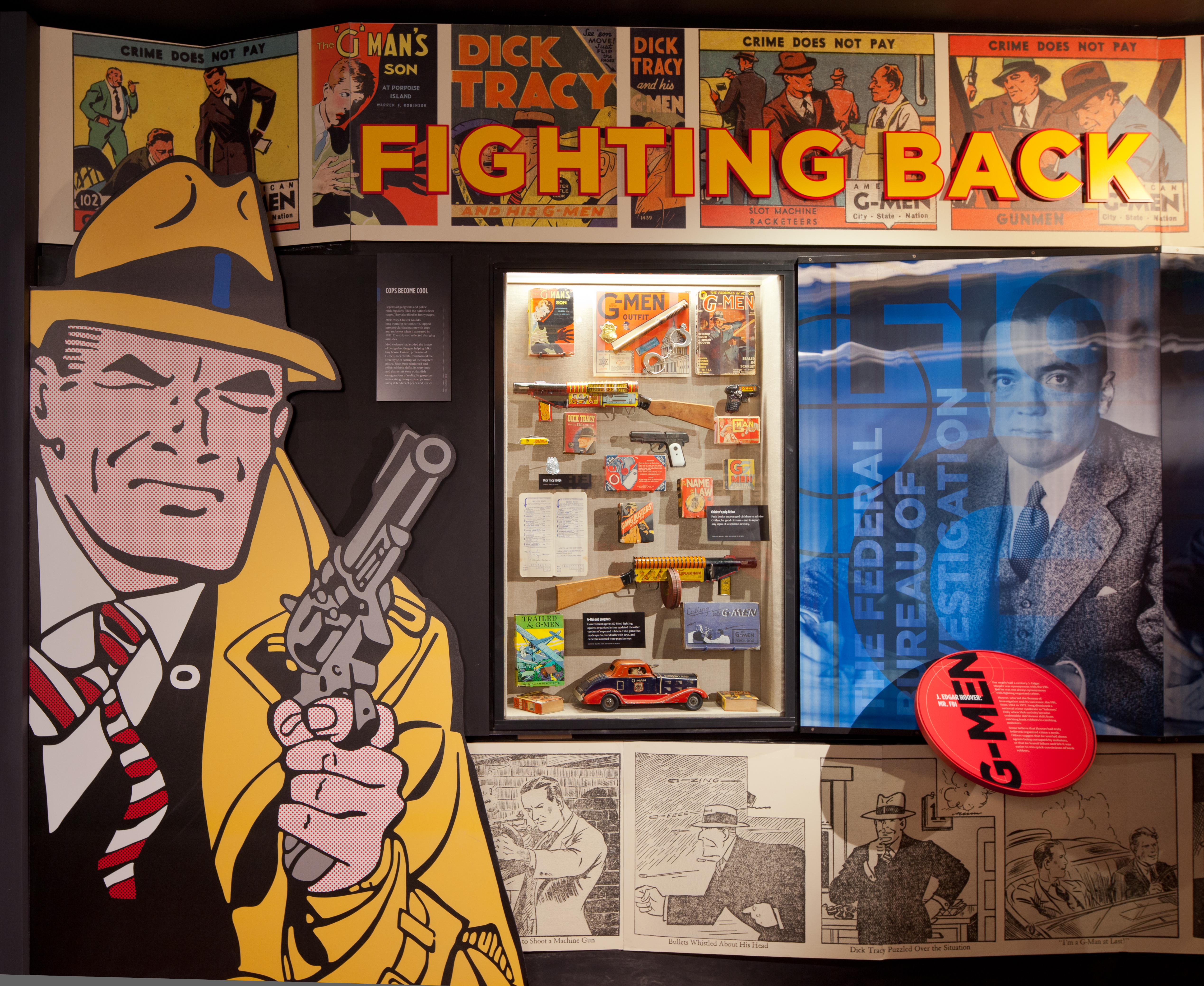 Children’s toys marketed to get kids to think on the side of law enforcement versus the Mob.

Make sure to visit The Mob Museum during the Vintage Vegas Evening Event at the Western Museums Association 2014 Annual Meeting. You can learn more about the event here. Lauren Valone is the Program Coordinator for the Western Museums Association. She has served on the Marketing Committee of the Waterworks Museum, and as Web Content Manager and Production Manager of Publishing and Social Media for an independent publisher. She holds an MA in Museum Education from Tufts University, a BA in Studio Art, Photography from Lewis & Clark College, and has been published in and copy-edited for the Journal of Museum Education.