Many STEM trainings are geared toward the teachers or administrators who work with children, but BurkeMobile, the mobile educational outreach program at the Burke Museum of Natural History and Culture in Seattle, Washington, recently had the opportunity to lead a training with a group that is sometimes overlooked—parents.

In February, we packed museum objects and headed to Royal City, a farming town in central Washington, to lead a multi-day preschool STEM event thanks to a Thrive Washington grant for BurkeMobile to reach preschools in underserved or rural communities. After speaking with community leaders and teachers from the area, we planned classroom visits, a family night and the STEM parent training.

To ensure parents would attend, high school volunteers provided childcare services during the event. The younger kids went to a nearby classroom to have some fun while many of the older kids ended up staying in the room with their parents as the museum specimens piqued their curiosity. 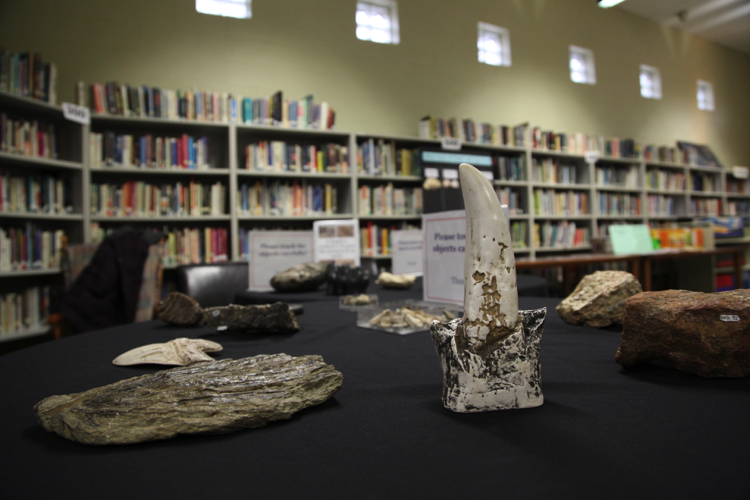 Some of the fossils we brought to the parent training night. Those who were in attendance were allowed and encouraged to explore these objects and ask questions about them.

Focusing on the Scientific Process

We began by talking about the definition of STEM and separating the content from the process. We have found that many parents are nervous about teaching ‘science’ because they do not know all the answers, and we wanted to let the parents know that it was perfectly fine to not know everything! Even without the scientific content knowledge, they could still help their children succeed by practicing the scientific process with them. We explained that the scientific process includes asking questions, making observations, predicting what will happen, experimenting, and discussing findings—and all of these can be done at home each day. At its core, science is a way of thinking about and solving problems. Parents can help their children be prepared for school by practicing those critical thinking skills (observing, asking questions, discussing, etc.).

Getting Hands-on with Museum Objects

To introduce a hands-on element to the training, we brought boxes filled with museum objects—mammal skulls, feathers, rocks, shells, fossils, and more. The mood of the room lightened as parents examined specimens and began discussing them with other parents. We asked them to explore the objects for a few minutes without any other direction, letting their interests guide the conversations. As they were doing this we walked around to listen and observer and were pleased to hear things like “What do you think this is?!” and “This is really cool!” throughout the room. 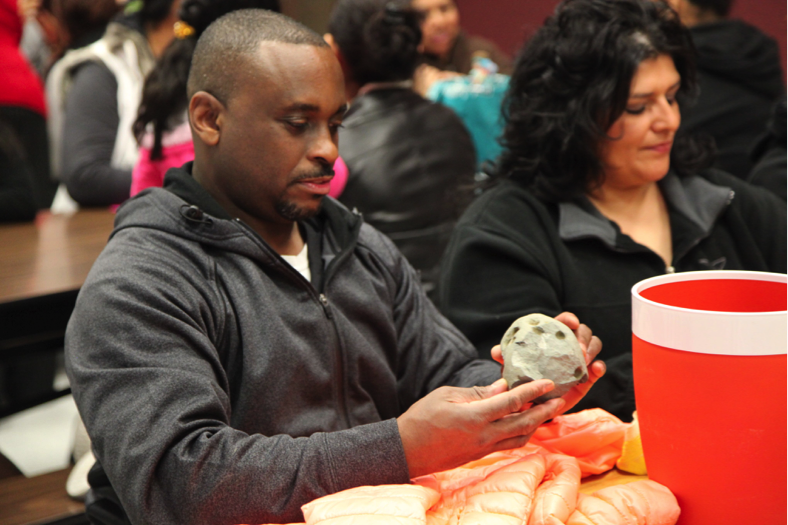 Parents exploring the museum specimens we distributed. This man is looking at a fossilized pinecone
trying to figure out what it is!

We brought the group back together and explained that they had just done part of the scientific process by asking questions about objects, making connections between past experiences, and making observations about what was in front of them. Looking around the room, it was almost as if you could see a light bulb go off inside many parent’s heads—they were getting it! Science is not just about lab coats and microscopes, it is also about critically thinking about the objects or problems right in front of your eyes. 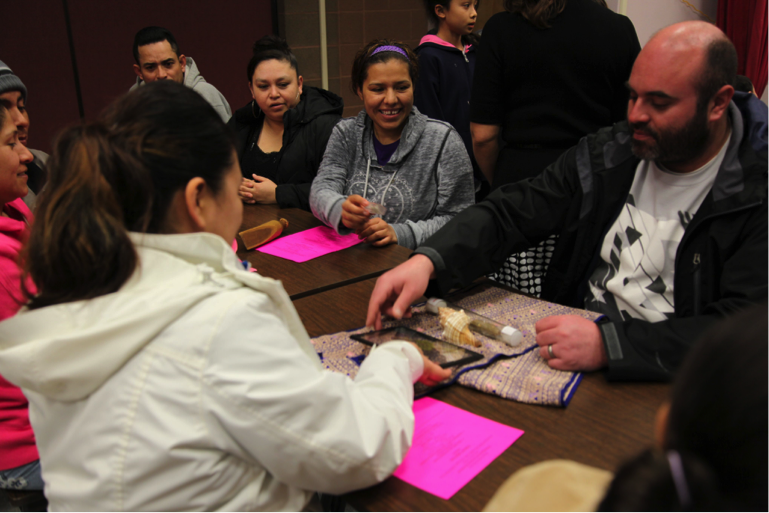 These parents just finished discussing a plant specimen and how some of them have seen that plant before!

“For some parents it was a new idea, not only for science information but also for learning how to ask a question. For others, it was the realization that they were already using the STEM strategy without even knowing it!”
-Royal City Preschool Teacher

Obviously not every parent has access to mammal skulls and fossils so we wanted to leave parents with tips for how they can take use everyday materials to practice STEM with their children at home. We gave everyone a piece of foil and put a pan of water on the table in front of them and instructed them to create something that would float. At first there was some hesitation to dive into the unknown, but once a few go-getters started crafting contraptions that would float it inspired other parents to get started on their own creations. Again, the mood in the room lightened as parents put their energy into trying different models and methods of foil floatation. Some even decorated their boats to make them one-of-a-kind! 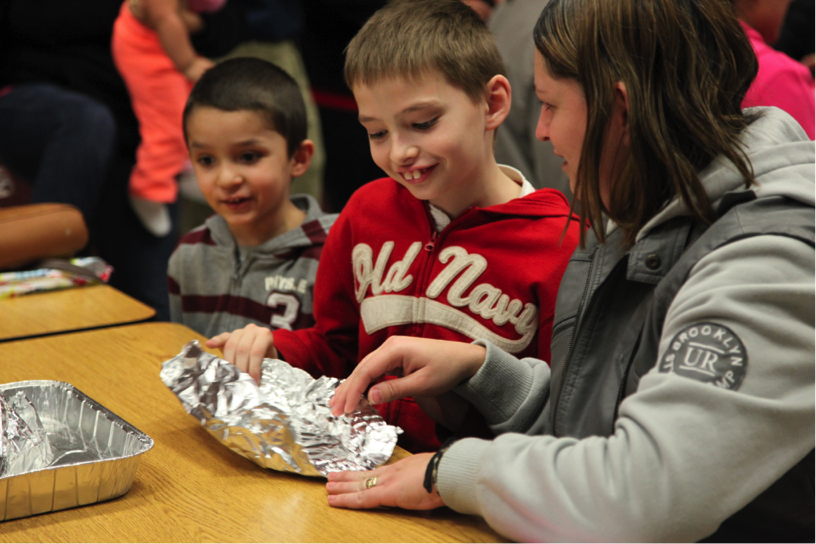 This mom wanted to help her sons create something that would float, but once they were done, she made her own version!

“It was fun not having to be an adult and more of a child.”
– Royal City Parent

Toward the end of the parent training we stressed the importance of ongoing practice of STEM concepts in the home and suggested asking open-ended questions as one way to do so. Open-ended questions do not have a right or wrong answer; instead, they help to inspire further conversations. This is also a good way, we explained, to talk about subjects or things that they, as parents, might not know.

As the night concluded we asked parents to fill out a short evaluation from our training and we were pleased to see that 43% of respondents said incorporating STEM at home will be “totally easy” and another 43% said it would be “fairly easy.” One parent noted on their form, “I will purposefully discuss the scientific method with my child with everyday activities like cooking.” It was wonderful to see the parents’ confidence rise with these STEM concepts as they worked through fun activities throughout the evening.

“I learned how to question my son to help him experiment with the world.”
-Royal City Parent

We will be back to the same group of preschoolers and their parents in April where we will walk them through our Backyard Backpacks—resources for them to continue science, specifically natural science, in their own backyards!

Coming from the University of Michigan, AnnaMaria Paruk is the BurkeMobile Manger at the Burke Museum of Natural History and Culture in Seattle, WA.