Las Vegas and the visual arts are for more sympatico than convention might suggest. By design, much of the city is acutely conscious of why and how it chooses to stimulate the senses, full of noises that keep you perky and patterns to dazzle and disorient. It is a supremely visual place whose art making and exhibiting often mirrors the town’s Wild West spirit. The scarcity of formal spaces becomes an opportunity rather than a limitation, with peripatetic pop-ups and aesthetic expertise emerging from unexpected places. To name a few: Sam McMackin’s VAST Space Projects fills her suburban warehouse with an ongoing dialogue between Los Angeles and Las Vegas based artists; Michael Litt’s recent one night only evening, Greetings From Las Vegas, of art and performance at the Gateway Motel (part of a long tradition of ephemeral motel/hotel room exhibitions by local artists); David Sanchez Burr’s Multiplexer, a one-year project that brought international video art to an old examination room in Emergency Arts, a medical center come arts and start-up complex in the heart of downtown.

While encountering these projects is largely based on luck and timing, there are a number of more formal experiences scattered throughout the city that delight and surprise. In the heart of The Strip, a wander through CityCenter reveals a collection of world-class public art, from Nancy Rubins to Oldenburg, and beyond. Insiders might know that tucked on the top floor of Louis Vuitton inside Crystals is an installation by James Turrell, available for viewing appointment only. The Bellagio Gallery of Fine Art brings museum quality exhibitions into the city’s thriving tourism hive. The Painting Women: Works from the Museum of Fine Arts, Boston exhibit will be up for viewing until October 17, 2014 (admittance to the Bellagio Gallery of Fine Art is free on October 3, 2014 in celebration of Museum Month). The Cosmopolitan of Las Vegas never fails to amaze, whose curatorial efforts include P3Studio,  a space where local and international artists create interactive and participatory projects, Wallworks, a series of murals by world-famous street artists in the parking garage, and most recently Tracy Emin’s I Promise To Love You displayed on its large-scale digital marquee. 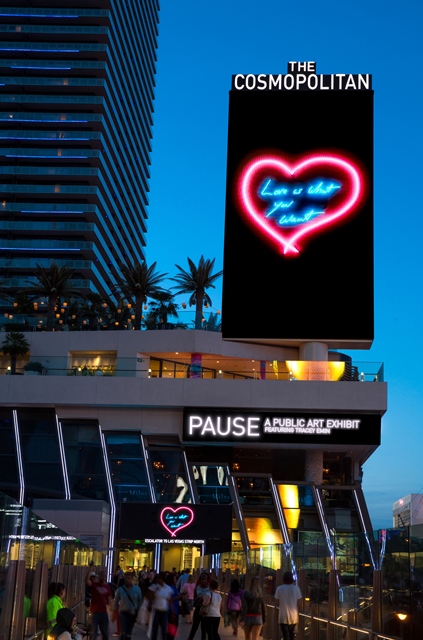 Close to The Strip, The University of Nevada, Las Vegas’ (UNLV) various art galleries and Marjorie Barrick Museum (read this Member Spotlight for more information about the Museum) offer exhibitions and visual art programming with an academic rigor that is essential to the community’s dialogue. Downtown’s ever-expanding Arts District, also known as 18b, is home to Bret Wesley Fine Art, Trifecta Gallery, and the Amanda Harris Gallery, among many others. On the First Friday of every month, there is an open-house event in the District (make sure to stop by if you are in town before WMA 2014!). Nearby, the Downtown Spaces on Industrial Road is the area’s latest project to convert a vacant building into a fertile arts center. But the star of downtown is perhaps its vibrant street art, a mixture of gifted local independent artists and international artists brought in as part of the annual Life is Beautiful music festival. 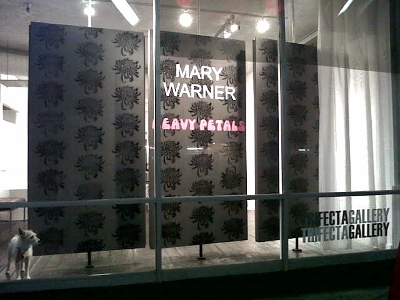 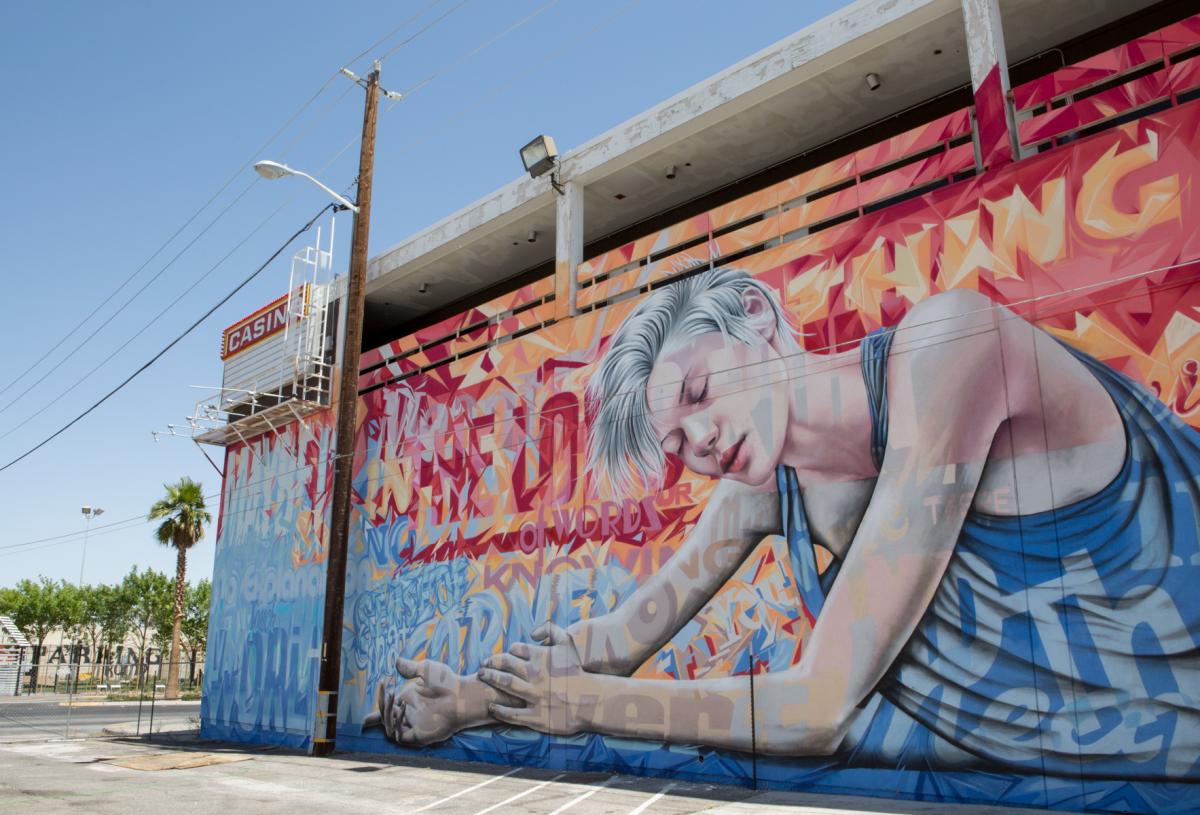 Traditional venues notwithstanding, Las Vegas’ most alluring visual experiences might be its most hard-working and unassuming ones: the graphics on the games at the Pinball Hall of Fame, for example, or the typography on a classic neon sign. The best place to start is by looking straight down: the magical world of casino carpeting, Las Vegas’ native decorative landscape and the first step on a journey to the unexpected.

Make sure to stop by some of these great art exhibits, events, and galleries during the WMA 2014 Annual Meeting—or the next time you are in Las Vegas. There are also a number of sessions and events at WMA 2014 that will discuss the unexpected art of Las Vegas, cultivating kitsch collections, and take attendees on a visual tour of Las Vegas’ history.

Danielle Kelly is an artist, writer and administrator based in Las Vegas, Nevada. Kelly’s project-based practice ranges from installation to performance, and has been featured in solo and group exhibitions in Los Angeles, Seattle, Las Vegas and Portland, and most recently at SOMArts in San Francisco. Kelly's writing has appeared in a variety of publications including Las Vegas Weekly and Desert Companion. Kelly serves as the Executive Director of the Neon Museum.