In previous communications on this blog my Las Vegas colleagues have highlighted the significant changes in the cultural life of the city. Food and culture are so intertwined, is it surprising that a dizzying number and diversity of restaurants have popped up in Las Vegas? In the past decade this city of sunburned tourists, five-dollar blackjack and shrimp cocktail has transformed into something that many did not think possible, a once-in-a-lifetime mecca for dining.

The 2014 Annual Meeting at the Flamingo is in a prime location to take advantage of some excellent food options. Likewise, Evening Events will be held near the up-and-coming Downtown area.

Celebrity chefs have taken over on The Strip. One could say that at this point having a restaurant in Las Vegas serves as notice that you’ve made it. The most recent addition to The Strip is the very well-known Giada De Laurentiis with her restaurant GIADA at The Cromwell recreating her Cal-Italian food and sensibilities. José Andrés has two restaurants in as Vegas at the Cosmopolitan. His signature restaurant is Jaleo (and inside is the very exclusive é by José Andrés) and highlights his molecular gastronomy approach with flair and liquid nitrogen. Guy Savoy in Caesars Palace is the sister restaurant of Savoy’s establishments in France and the menu is 90% of what is found on those menus. Really, the list of fine dining restaurants on The Strip is endless and access to most from the Flamingo Hotel should be very easy.

For decades Las Vegas dining was associated with the buffet. While the lumbering beast may be wounded, the buffet has evolved. At the farthest southern reaches of the Valley the M Resort and Casino features the Studio B Buffet. Cooking classes and shows are taped live in the special seated area. The large north facing windows give one of the best dining views of the city. The Bacchanal Buffet at Caesars recently underwent a large-scale renovation and results are top-notch. The food and ambiance are modern and sleek, yet comfortable and inviting. The most highly evolved buffet currently on the Strip has to be Wicked Spoon at the Cosmopolitan. The place certainly does not look like the typical buffet and the service and the unique small plates (venison shepherd’s pie) are second to none.

If you are seeking to move far and afield for your dining experiences the resurgence of Downtown has given rise to a series of new restaurants and lounges that will take you away from the hustle and bustle on The Strip without a drop in the quality of your Carpaccio. One of the earliest entries into the Downtown food revitalization was Eat, which sits next door the Downtown Container Park, itself boasting a fine collection of eateries including the gourmet vegan and raw food spot Simply Pure. Eat serves breakfast, brunch, and lunch with a particularly hip ambiance that has come to represent Downtown. The Triple George Grill, near The Mob Museum is a classic establishment boasting historic mosaic tile floors and semi-private wood panel booths. A mainstay of the Downtown business lunch crowd, the fare is distinctly American. One of the newer places Downtown is Pizza Rock. Built by famed pizza chef Tony Gemignani, the artisan pizzas can be made vegan and gluten free. 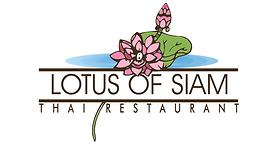 By far the most recommended is Lotus of Siam. This restaurant has been a Vegas mainstay since 1999 and has been called “The Best Thai Restaurant in America.” It is found in an unassuming strip mall location off The Strip itself. Plan ahead and be sure to call for reservations. In the same shopping center is the Cornish Pasty Company.

Sticking with the superlatives KoMex Fusion’s Fusion Burrito was recently featured in the West Burrito Bracket by the Nate Silver website, fivethirtyeight.com (it’s not as ridiculous as it sounds). Imagine bulgogi and kimchi with Mexican rice in a tortilla. The short rib tacos are also “to die for.”

Closer to the Flamingo is Battista’s Hole in the Wall where a bottle of chianti on the table and a roving accordion player will greet you.

There are other very fine French Restaurants in Las Vegas but none of them have been around for 38 years. Palmplemousse Le Restaurant is another long time Vegas favorite, and is purportedly named after the French world for grapefruit because Bobby Darin suggested it.

If you are seeking to get back to the true roots of Las Vegas, Bob Taylor’s Ranch House will suit your needs and may even throw in a tumbleweed or two. No doubt, in 1955 when they opened that may have been the case, but the converted ranch house now sits in the suburban sprawl of the north part of the Valley. Bob Taylor’s sports traditional western mesquite grilled steaks and does it well.

Others I was told that I “had to include” are:

Nathan Harper, a resident Las Vegan, is the Archaeologist at the Springs Preserve and has worked in the US Southwest, Mexico and the Mediterranean. He served on the WMA 2013 and 2014 Program Committees.