Nestled within one of the few remaining apricot orchards of Santa Clara Valley, the Los Altos History Museum (LAHM) has been open since 1977. Believing that history “inspires imagination, stimulates thought and transforms society,” they tell the story of the area by “preserving and sharing our local history to enrich our community and to shape a more informed future.”

The City of Los Altos, laid out in 1907 on ranchland bought from the infamous Sarah Winchester, was planned by Southern Pacific as a commuter town for executives working in San Francisco. Trains linked the new town south to Los Gatos and north to the city. Small family orchards and large ranches dotted the land. Growth was slow—until the manufacturing boom of WWII.

LAHM Executive Director Laura Bajuk explains the transition: “the end of the war knocked the bottom out of the lucrative agricultural economy that had dominated the world then much as tech does today. Add to that the need for housing, as thousands who had come here for war work didn’t want to go back home. The birth of what we now call Silicon Valley meant high-paying post-war jobs—in a free-thinking environment.” Today, one of the things Los Altos is famous for being the home to Steve Jobs when he and Steve Wozniak built the first Apple computer—in his garage, of course (the house was recently declared a historic landmark.)

The Museum is comprised of two buildings and surrounding garden, with a 1905 Craftsman historic house museum and a modern three-level, 8,200-square-foot museum built entirely with private donations. 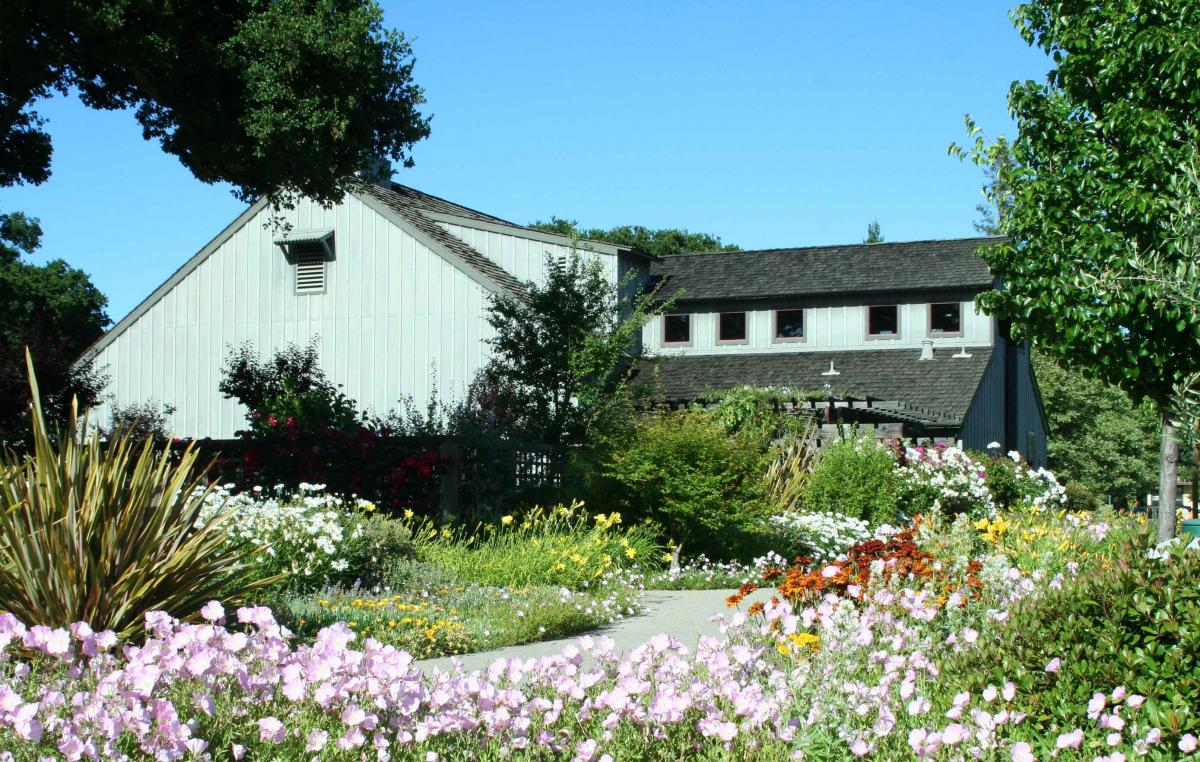 The Main Museum opened in 2001 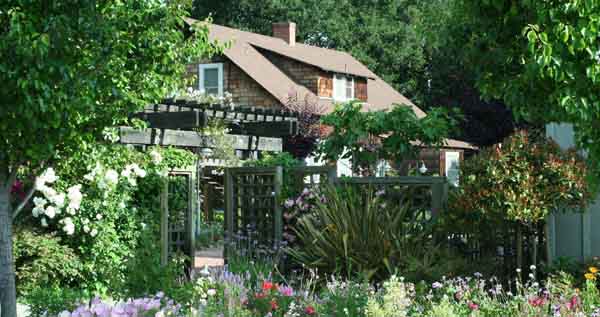 The J. Gilbert Smith History House was built in 1905 by a Stanford-educated orchardist/builder. Holding the home for themselves until their deaths, the Smiths sold the surrounding orchard to the City of Los Altos to become its civic center in 1954. Upon their passing, the City Council created a Historical Commission in 1974 to plan the transformation of the Smith home into a museum and ultimately preserve the history of Los Altos. Opened to the public on December 1, 1977, History House was designated a local Historical Landmark and a California State Point of Historical Interest. Today the house, interpreted in the time of the Depression, includes period furnishings, toys, decorative arts, historic gardens, as well as refurbished 1915 tank house, antique farm equipment, walnut hullers and tools for cutting, sulfuring and drying apricots.

Across the brick patio is the Main Museum opened in 2001,where the changing gallery and permanent exhibits are located. The primary exhibit, Crown of the Peninsula, depicts the uses of the land and its inhabitants over time and includes a replica of downtown Los Altos in 1932 with a model train and many of the sights and sounds of that era. Visitors can also take a journey with the Ohlone Indians, Spanish and Mexican land grantees, early California settlers, and fruit growers. Silicon Valley’s diverse residents have certainly transformed the area into the hub of innovation it is known today.

LAHM focuses on community-oriented exhibitions that pose greater questions about the people and culture in the area. For instance, the current exhibit, Silicon Valley: The Lure & the Legends, presents the question, “Why here?” in regards to how Silicon Valley came to be. Local news correspondent Mike Cassidy stated in his review of the exhibition, “Identifying the heart of Silicon Valley is the subject of an old, but enduring, argument. Is it Palo Alto? Cupertino? Mountain View? Santa Clara? San Jose? “How about Los Altos?,” Cassidy asked. “The [Museum] is making a strong case…exploring the reasons for Silicon Valley’s rise and detailing the lives of the innovators and entrepreneurs who helped build it into the technology capital of the world.” Make sure to visit the exhibit before it closes on April 19, 2015. 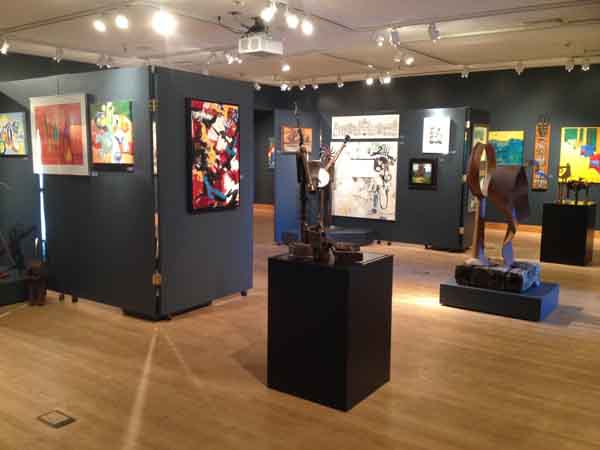 LAHM’s collection is continually growing and in 2014 there were almost 300 new records added to the database, for a total of 13,840 records of which about one-third is photographs, two-thirds objects and archival items. Recent additions include a late-1800s portrait of Mary Byrne McKenzie and Margaret Smith’s 17 volumes of Appleton's Annual Cyclopaedia and Register of Important Events of the Year.

In 2014 the Museum served 1,553 students! Each year, all Los Altos/Los Altos Hills third-graders and fourth-graders attending public and private schools are invited to participate in curriculum-based tours at LAHM. Students are also encouraged to enter the Margaret Thompson Historical Essay Contest; the 2014 topic was “Los Altos Art Works Enrich Our Lives and Community” and 525 essays were submitted from children in grades 3-6 from public and private schools, as well as home-schooled students. The Museum also offers oral history recording sessions to local residents, as well as Train Days, historic bike tours, Ohlone Day, MoonFest, holiday activities, and the popular fundraiser, the annual Crab Feed. 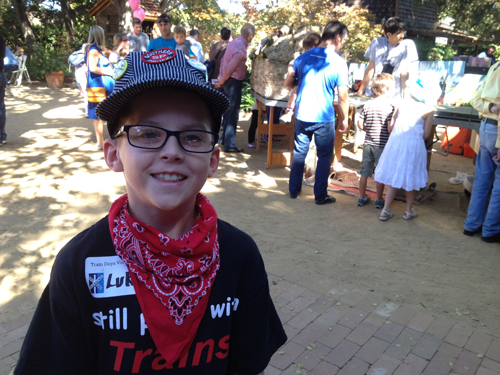 Train Days is an annual favorite for the community

Make sure to visit the Los Altos History Museum during the Western Museums Association 2015 Annual Meeting in the nearby San Jose in October!