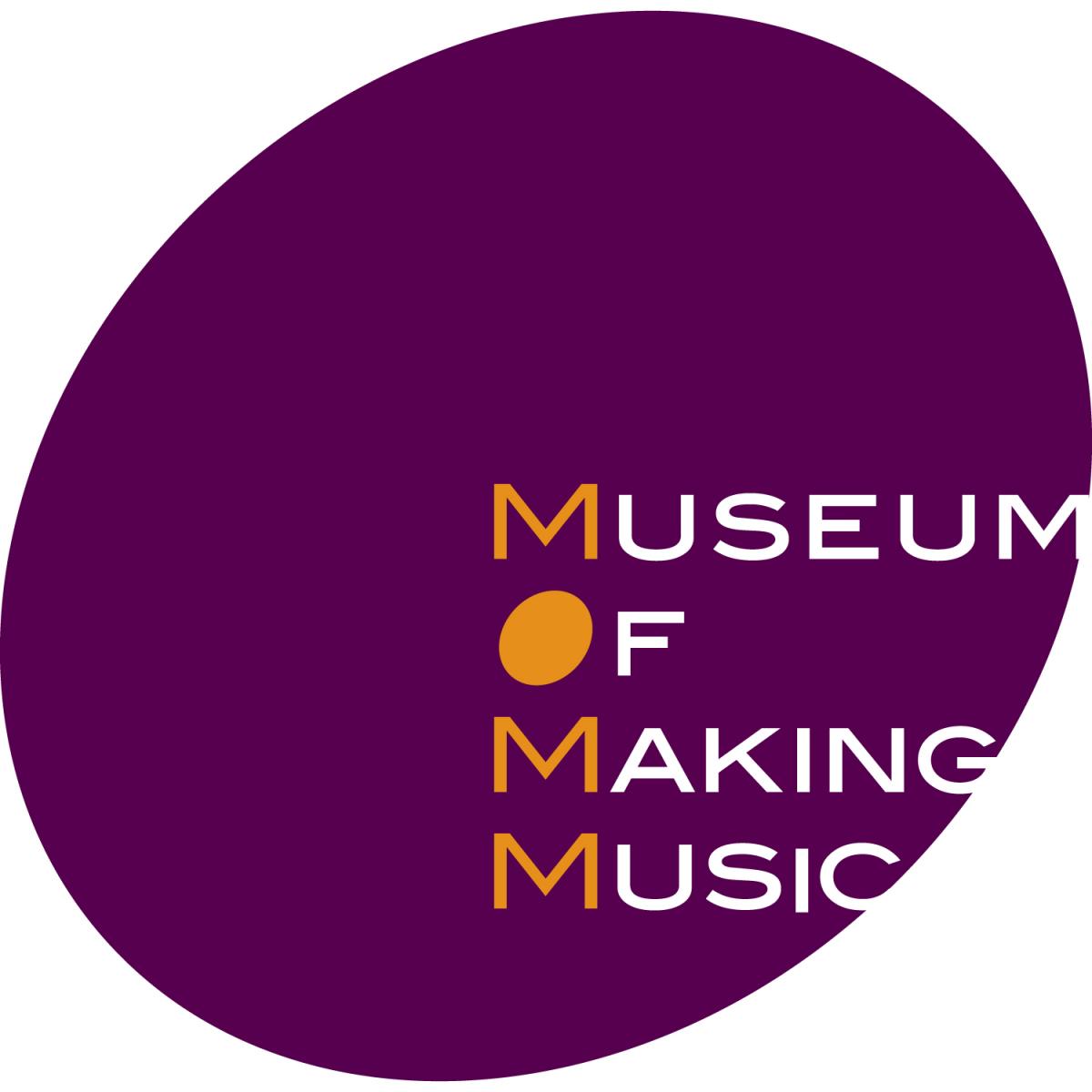 The mission of the Museum of Making Music is to celebrate the accomplishments and impact of the music products industry and to connect visitors with hands-on music making. As such, our special exhibitions have traditionally focused on a particular musical instrument or product. Examples of past exhibitions include:

The Ukulele and You: America’s Love Affair with the Jumping Flea
The Sound of Sax: How the Saxophone Won America’s Soul
The Magic and Mystery of the Slide Guitar
ON: The Beginnings of the Electric Sound Generation
The Harp: A Global Story of Man, Music and Medicine
The Banjo: A New Day for an Old Instrument

Special exhibitions, all curated in-house, typically adopt a historic, chronological or geographical approach, showcase between 40 and 200 instruments, and are accompanied by themed concert series as well as workshops, films, discussions and opportunities for hands-on music making. It is a formula to which we have adhered for the past decade or so, and is one to which our members and constituents are accustomed. Members frequently will ask, “What instrument will the next exhibition be about?” So, we surprised even ourselves when we decided to veer away from this familiar formula, and take a chance on a more intangible aspect of the music products industry—the impact of music making itself.

Here’s how it happened…

A couple of years ago, we became aware of a project launched by longtime member of the music products industry, musician and photographer, Mr. Richard Rejino. Entitled “What Music Means to Me,” Rejino uses photographs and personal testimonials to document the profound impact that music-making has on people at different stages in life. His overarching goal is to raise public awareness of the benefits of music in education and in the quality of our lives.

After reading Rejino’s book, seeing excerpts of his presentation and speaking personally with him at a music education summit, I became inspired. While I play a number of instruments myself, and know intimately how pivotal they can be to one’s physical, mental, emotional and intellectual health and well-being, it was heartening—perhaps even reassuring—to learn of the many others that share similar attitudes and experiences. I began to wonder how we could include this side of the music-making world in our Museum. I even asked myself if we had been remiss in not including the more experiential side of music in our instrument/product-based exhibitions. Do we owe it to our constituents to celebrate and share the impact and meaning of music making itself? If so, how it might this play out in a special exhibition format?

After interviewing—both formally and informally—a variety of people who interact with the Museum (volunteers, tour facilitators, members, musicians, teachers), and after meeting with staff and Rejino himself, we decided to take the plunge. One year later, we find ourselves in the final stages on installing a new, never-before-seen special exhibition, What Music Means to Me, which is quite different from anything we have done since opening 15 years ago. In the exhibition room the visitor is first invited to experience the impact that music-making has had on others—captured in words and images by Rejino and in a video piece created by the Museum that features people we have interviewed. Then it’s the visitors’ turn. We invite them to add their own voice to the conversation by leaving a testimonial via video or audio recording (on an iPad app developed in-house), or good ol’ paper and pencil. Each week throughout the run of the exhibition, the audio recordings will be incorporated into an ever-expanding audio loop playing in the exhibition space; video recordings will be curated and added to an iPad station where they can be viewed by fellow visitors; written testimonials will be posted on the wall. And, virtual visitors will be able to participate in various ways through social media. At the close of the exhibition, we will compile what we gathered and produce a lasting record of the voices of our Museum community and, more broadly, as a testimonial to the impact of music-making. 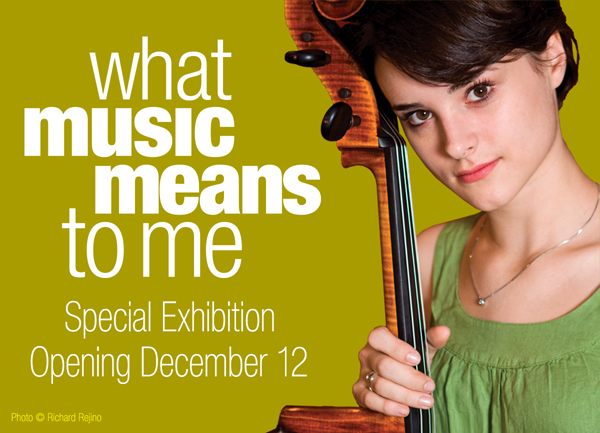 As I mentioned earlier, our special exhibitions are typically accompanied by programming focused on whatever instrument or product is being celebrated. For example, “The Banjo: A New Day for an Old Instrument” was accompanied by 11 concerts, several workshops and jams, and a film/discussion. For the What Music Means to Me exhibition, the programming needed to take a different direction. To align with the music making theme of the exhibition, we created a “Learn to…” series: Learn to Sing, Learn to DJ, Learn to Play…Dulcimer, Banjo, Ukulele. Secondly, to support the theme of health and well-being through music, we will present a film and panel discussion on the usage of music in the treatment of Alzheimer’s patients, as well as a workshop on sound healing. We will also infuse the special exhibition theme into our regular Annual Concert Series by asking the musicians to share, live from onstage, their answers to the question “What does music mean to you?”

Never having done an exhibition of this nature before, we are excited, invigorated and curious to see how it will be received. I must admit that there is also a bit of apprehension due to the many unanswered questions. Will visitors actually engage with the exhibition and leave their testimonials? If so, will they be more inclined to leave audio, video or written testimonials? Will they enroll in the “Learn To…” series? Will their appreciation for the impact of music-making expand? Will visitors leave the Museum with a new, deeper, different understanding? Will they be changed?

The What Museum Means to Me exhibition opens on December 12, 2014 through August 2015. The Museum welcomes you for the opening night celebration, and you can view a flyer here.

ABOUT THE MUSEUM OF MAKING MUSIC, a Division of the NAMM Foundation

The National Association of Music Merchants is the not-for-profit trade association that serves and strengthens the global music products industry. Commonly referred to as NAMM, the association and its world-famous trade shows serve as a hub for people seeking out the newest innovations in musical products, recording technology, and sound and lighting equipment. NAMM’s Museum – the Museum of Making Music – is located on the first floor of NAMM’s international headquarters in Carlsbad, CA and is organized under the 501(c)3 NAMM Foundation. Opened to the public in March 2000, the Museum documents, shares, and celebrates the recent history of the music products industry—from 1900 to today. The Museum’s chronologically organized core exhibitions highlight the themes of making, selling and using musical instruments and products. Displays focus on trends in manufacturing, retailing, marketing and distribution of musical instrument and products as well as their usage in popular music.

Carolyn Grant has been the executive director of the Museum of Making Music in Carlsbad, CA since 2001.