At midnight on Saturday night, after eight and half hours of more-or-less straight driving from Berkeley, CA, my three compatriots from John F. Kennedy University’s Museum Studies program and I arrived at the Las Vegas Strip. Lights, billboards, and huge video advertisements lit up the night and vied for the attention of the revelers, sight-seekers, gamblers, and exhibitionists crowding the sidewalks. As I tried to fall asleep after we checked in at the hotel, I couldn’t help thinking, “How do museums fit into this Las Vegas scene?” As I drifted off, I was looking forward to perhaps finding an answer during my first Annual Meeting of the Western Museums Association (WMA).* 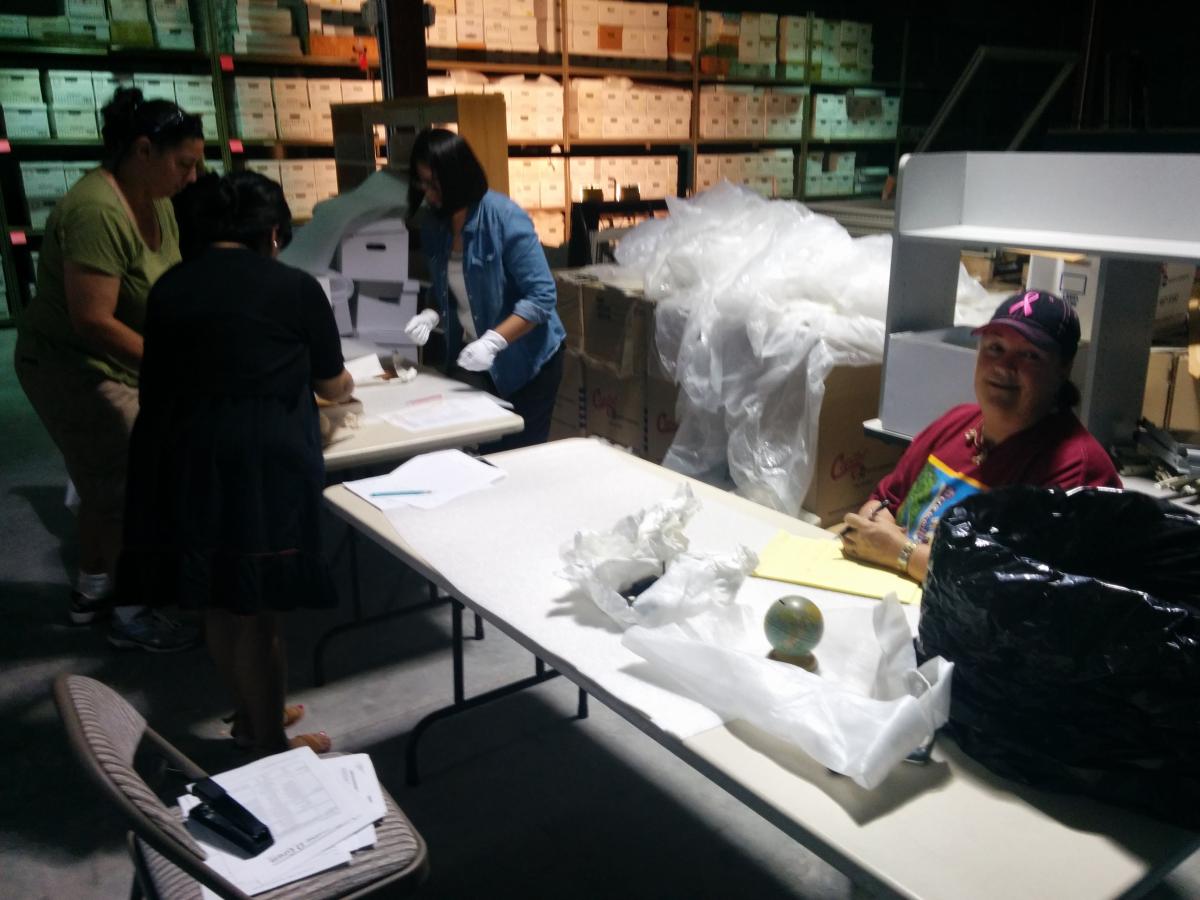 Early the next morning I awoke early to hop on a van with eleven other registrars for the Registrar’s Committee of the Western Region’s (RCWR) Collections Services Initiative (CSI) project at Boulder City/Hoover Dam Museum in Boulder City, Nevada. The Museum houses artifacts and archives related to the building of the Hoover Dam and establishment of Boulder City during the 1930s. For the RCWR project, the plan was to inventory and rehouse as many boxes as we could of the 120 or so cardboard boxes of three-dimensional objects related to the important local (and national) history of the Boulder Canyon Project. Volunteering on this project and getting to know the other collections professionals taking part in CSI was one of the highlights of my time at WMA. As a group, we developed a plan, shared our knowledge, and worked efficiently to help the Boulder City Museum improve on its collections care. The people that I met during the day I would continue to see during the 2014 Annual Meeting, and I feel confident that I can reach out to any of them if collections questions arise in my future. Getting to know some local museum folks and learning about Boulder City history was also a pleasure. And to top it all off, we visited the amazingly huge human accomplishment that is the Hoover Dam and experienced it’s spectacular setting.

On Monday morning I was welcomed, along with the other hundreds of museum professionals from across the Western states, by a previous mayor of Las Vegas with a martini in hand and flanked by scantily clad, feathered-topped ladies (“What happens in Vegas, stays in Vegas”). Keynote speaker Mark Hall-Patton discoursed on his experience with unexpected stardom and ethically representing museums in the mass entertainment world. It was inspiring to hear a humble museum professional who had found himself famous speak about his dedication, in the face of the powerful media world, to the ethical principles that museums proffer. Following the Keynote, I was honored to be among those recognized as a Wanda Chin scholar. 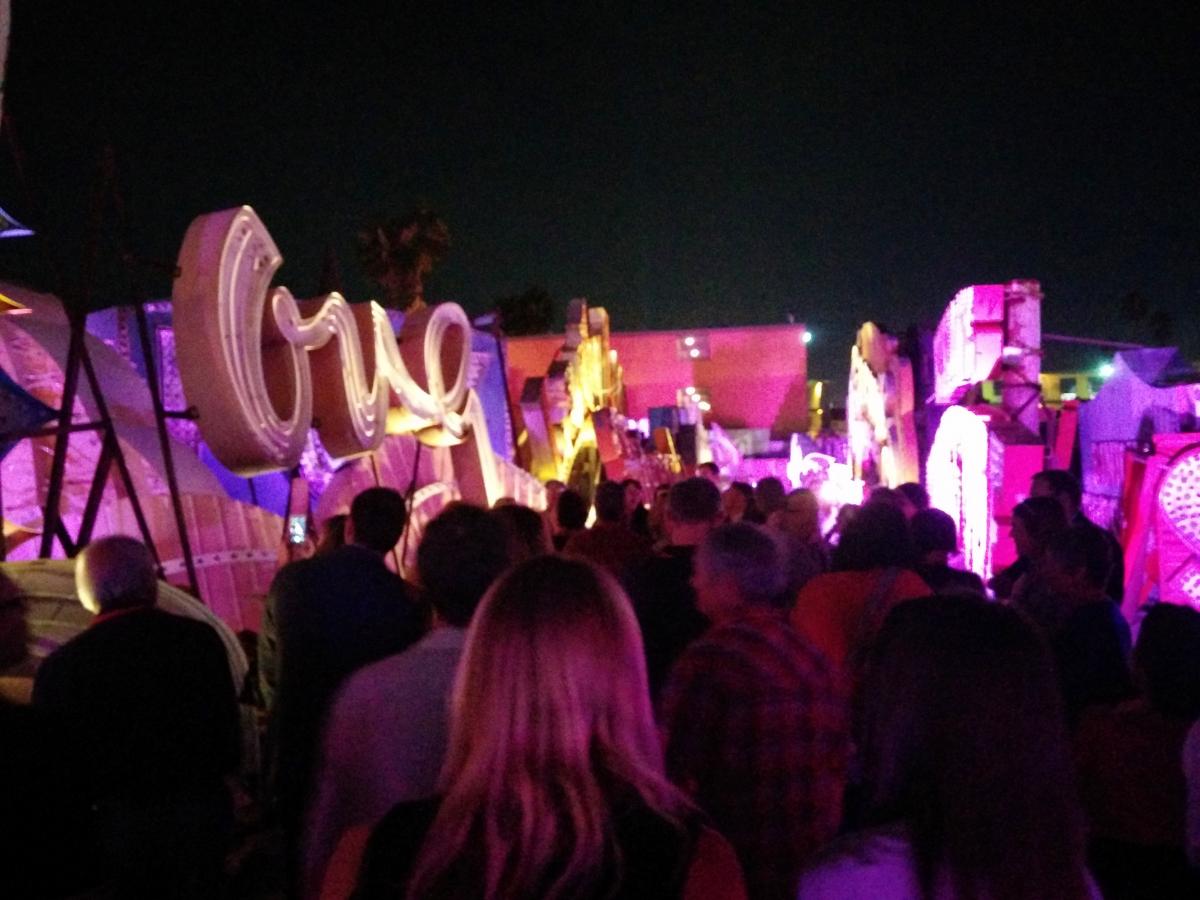 Monday was a full day of both museums and Las Vegas. During the day I attended “Unexpected Art: Experiencing Visual Art in Non-Traditional Spaces,” a session that explored the role that the private sector plays in growing the visual arts scene in Las Vegas, and “Cultivating Kitsch Collections,” a session where I learned about the Neon Museum’s unique collection of historical Vegas neon signs and the importance of honoring a community’s history at the Burlesque Hall of Fame. (I also learned about writing audience-friendly exhibit text at “Exhibit Text that Will Delight.”) That night, I attended “Vintage Vegas: The Mob Museum and the Neon Museum,” an evening event where I networked and explored two unique museums. Before joining the evening event, I had a special opportunity to experience a local permanent installation, “Akhob,” by James Turrell on the second floor of a Louis Vuitton store in a nearby high-end mall. The experience was surreal—both to be immersed in the art piece, but also to be attended by clerks in matching stewardess-like outfits, a Louis Vuitton bag over each one’s shoulder. It was another strange marriage of creative culture and corporation.

Over the next two days, I attended sessions where I gained insight and practical knowledge in collections management, as well as sessions that broadened my awareness of what other museums and individuals are doing to generate positive social change. I learned about technological systems for managing collections information and digital assets in “Where to Begin, Choosing a Collections Management Database” and “Introduction to the Digital Management Asset System and the Balboa Park Commons.” Something in common between these two sessions was the idea of collaboration among institutions to create systems that enable broader access. For example, CollectionsSpace, a relatively recent development in collections management software, utilizes an open source platform, making it available for improvement and use by any institution that chooses. The Oakland Museum of California is working collaboratively with software developers at University of California Berkeley to develop a CollectionsSpace app for conservation treatment reports. Meanwhile, the museums of the Balboa Park Commons aim to share digital assets (for example, images of objects) on a platform that enables easy access by educators and others to digital files from a group of local museums.

Among the sessions I attended, two of the most inspiring were “Museums and Galleries as Agents of Social Change” and “Speaking for Others.” During these sessions, I witnessed museum professionals speaking not only about their professional experiences, but also offering their personal experiences. Specifically touching was the story presented by Carol E. Mayer, Head of the Curatorial Department at the Museum of Anthropology, University of British Columbia. Mayer shared how a specific donation to the Museum of Anthropology at UBC of objects from the South Pacific inspired reconciliation between the people on the island of Vanatua and the descendants of a missionary who had been murdered there 150 years ago. Through a series of communications and then an extended ritual conducted on the island, the historical event was forgiven and a new hope forged for the islanders. She asked the important question, “We put objects into their place in history, but what do the objects mean now in the contemporary?” Mayer had played a pivotal role in enabling the reconciliation, and her story illustrates the potential ability of museums and individuals in museums to facilitate positive social change.** Other presenters, too, revealed their dedication to the work they do and inspired new ways of thinking about museums’ role in local communities and broader society. 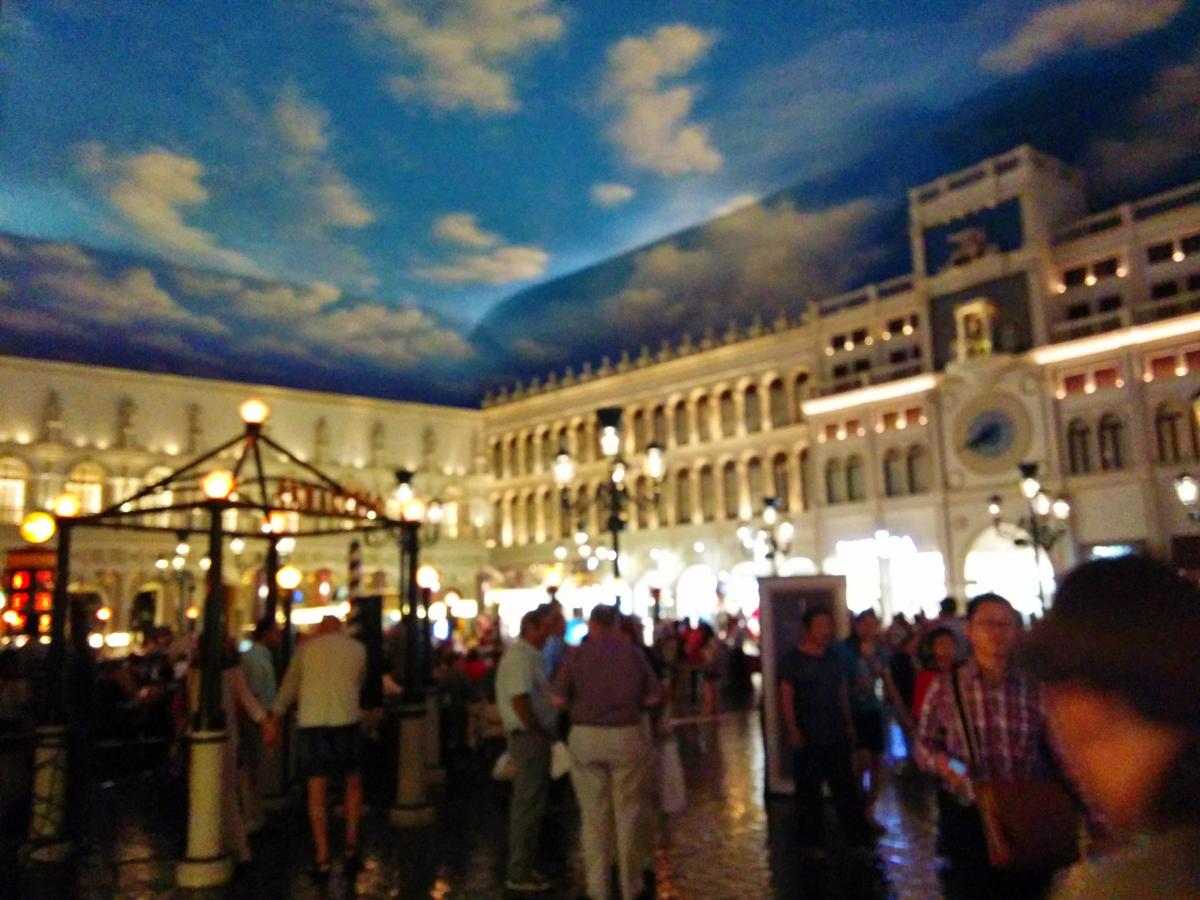 Before heading out of Las Vegas into the desert to drive the eight or nine hours home, I was happy to have the chance to spend several hours at the Springs Preserve. I had learned about the environmental goals that inspired the Springs Preserve and the LEED certified architecture project to create the site during “Changing Environmental Awareness Through Museum Programs,” so it was nice to have a chance to explore the place in person. But more than anything else, I wanted to escape the craziness of the Las Vegas Strip and experience the natural environment. The stimulation of the Strip necessitated a respite, and the Springs Preserve, with its meandering paths through gardens and landscape-friendly architecture, was the right place for it. In its artifice and purposeful “place-making,” the casinos and entertainment industry in Las Vegas have obstructed from view the local natural environment and local people who live there. In contrast, the museums in Las Vegas and those nearby (such as the Spring Preserve, the Boulder City Museum, the Burlesque Hall of Fame, and the Neon Museum) address local issues: the ecosystem, history, and needs of local communities. Museums seem all the more essential in a place where these things are not at the center of attention.

The theme of the contradiction between the Las Vegas Strip and the museum field was a significant part of my experience at WMA. I am left wondering about the clash between corporate values (like competition) and museums’ socially conscious missions; of the craze of entertainment that Americans seem to want and museums’ efforts to reach broader audiences; of the artifice and showmanship of “Disneyland for adults” and the serious work we engage in every day. But I also came away from WMA with hope, inspiration, and a slew of ideas, resources, and people. I saw that my fellow museum professionals are engaged, dedicated, and deeply involved in improving the museum field and the work that we do. And we do have a lot of work to do.

* I would like to thank the Western Museums Association and all those who support the Wanda Chin Scholarship, which enabled me to attend WMA’s 2014 Annual Meeting in Las Vegas.

** Mayer’s story is published online: “We gather to reconcile – No longer captives of the past”: Murder, missionaries and reconciliation.

Eleanor Sandys is a Museum Studies MA Candidate ’15 at John F. Kennedy University in Berkeley, California, and has a BA in Cultural Anthropology from Reed College. She works as Collections & Exhibitions Coordinator at the Elizabeth S. and Alvin I. Fine Museum at Congregation Emanu-El in San Francisco, CA. She has written for numerous blogs including Etsy’s How-Tuesday and nonprofit Know Your City, as well as founding the online magazine L.a.r.k.