As October approached, I was looking forward to attending the Western Museums Association’s (WMA) 2014 Annual Meeting with excitement because I think conferences are always enjoyable, and it was, after all, in Las Vegas. I also felt some trepidation since I would be presenting for the first time during the conference. I had spent nearly two months preparing for the meeting and assisting my professor, Marjorie Schwarzer, with a presentation entitled Playing by the Numbers: Learning the New Rules of Museum Finance. This was all part of an independent study course in my graduate program at the University of San Francisco. Presenting a segment of the program myself was actually a bit of a surprise since I originally thought my role would be limited to helping Professor Schwarzer prepare for the 2014 Annual Meeting. Despite some nerves on my part – and a head cold that developed right before flying to Las Vegas – the presentation went very well and I really enjoyed the conference.

Our presentation discussed museum finances, how to spot weaknesses in the budget process, and red flags that often arise. To help make the program more relatable, we used real life figures from various museums to illustrate the points we were making. My segment of the presentation dealt with determining asset to liability ratio. I was quite nervous because I had never given a presentation like this before, and it was such a large forum attended mostly by museum professionals. I was also recovering from that unfortunate head cold, and was frankly afraid I would mess up. I was, however, determined to hold up my end of the presentation. After practicing for hours, the morning of the program arrived, and before I knew it, it was my turn to go up to the podium. I said everything I needed to say, went through my slides with what I hoped was a smooth delivery, remembered to smile, and did my best to project my decidedly scratchy voice.

After my presentation, I had a chance to attend other programs, including PR Demystified: How to Secure Positive Media Attention for Your Museum, which was very informative. As a Museum Studies student, it was nice to sit in on this type of discussion to learn more about the need for PR and media coverage, which I knew little about. I left the session with some very useful information.

I also attended A Critical Eye on Museum Studies. This session examined Museum Studies programs, and allowed the attendees to ask serious questions about the idea of “museum studies.” A lot of the points raised by the audience were questions that I have asked myself at one point or another during the last year and a half of study. Most members of the audience were students like myself, however some were also experienced museum professionals. These professionals were graduates of Museum Studies programs that have since gone on to successful careers. Their insight and advice was invaluable. I would say that I came away from this program, and from the 2014 Annual Meeting in general, feeling very confident about my choice of career path.

I enjoyed the networking opportunities at the conference, and being able to meet people who work in a variety of positions in the museum field. One of the best parts of this year’s WMA Annual Meeting was getting the chance to be in Las Vegas with other Wanda Chin scholars and students from my graduate program at USF. We attended several program sessions at the conference, and also took time out to visit local attractions such as the Bellagio Gallery of Fine Art, where we viewed a travelling exhibition entitled Painting Women. We also had a chance to grab lunch at Burgr, Gordon Ramsey’s restaurant at Planet Hollywood, and venture out to see all the sights on the Vegas strip. As you can tell from the photo in front of the “Eiffel Tower” taken outside the Paris Hotel, my fellow USF student Alexa Beaman and I enjoyed our time in Las Vegas. 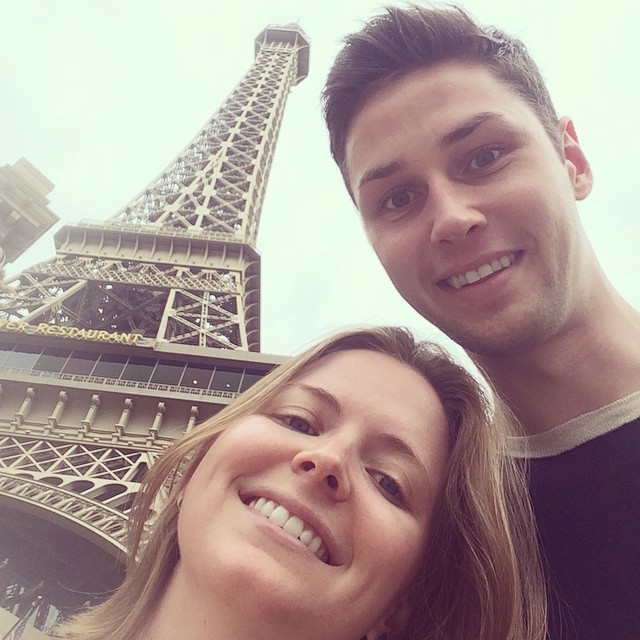 As I boarded my plane for home, I thought about what a great experience the 2014 Annual Meeting had been. I am grateful to the Wanda Chin Scholarship program for the opportunity to attend this year’s conference, to learn more about current topics in the museum field, and to meet other students and museum professionals. I am already looking forward to the next WMA Annual Meeting.