The changes affecting the landscape and the lifeways in the North have brought increased attention to and interest in the Arctic, ranging across science, art, literature, geopolitics, and cultural history. While persistent darkness and extreme cold will remain, the melting of the ice mass in the Arctic represents, to many, economic and strategic opportunities. Of particular interest are the deposits of raw material in the Arctic and the opening of shorter shipping routes—whetting the appetite of a growing number of countries and political entities.

The influx of players into the region includes researchers, from scholarship in hard and social sciences, to artists, who pursue an experiential, conceptual and social action practice. The curiosity is about the distinction of the place, but the Arctic story is a shared one, as is what the Arctic represents—climate, resource extraction, logistics on a grand scale, futurist scenarios, and global change. The Arctic is central because it is important to people outside the region—Americans (not to mention markets such as China, India and Japan) depend on the Arctic, and Alaska, because of its strategic location, energy and resources, as well as broader relationship to weather, climate and environment. What happens in the Arctic is a provocative indicator of what will happen everywhere.

In 2012, the Anchorage Museum launched its Northern Initiative, to emphasize Anchorage as a Northern city. It seems like an obvious emphasis, but for many decades we saw our location as a disadvantage; we were stuck off to the side and up at the top, disconnected from the “Lower 48.” Today we see our location in the world as our key, defining feature. We are a Northern museum, distinctly positioned to convey an authentic narrative for the region, which reflects the North in all of its complexity.

Our program Polar Lab grew out of this effort to reach not only into the Circumpolar North but other regions as well. We convey narratives through contemporary art, science and culture, placing Northern people at the center of a contemporary and pivotal narrative about the environment and global change. We think the Museum has an important role to play as a convener, to curate and create conversations as much as we curate objects and exhibitions, to raise awareness and to advocate for a genuine voice of the North at a time when it is endlessly and erroneously portrayed on reality TV.

To host these conversations, we are working to create a state of activity, one that places art and science squarely at the center of a transformative conversation about culture and the environment. We are interested in artworks and actions that cite histories, stories and perspectives that emerge from specific local contexts and then to relate the hyperlocal to the global. We’ve developed an international artist residency program, international networks of art museums around the Circumpolar North, and connected Anchorage to other Northern cities in Canada, Finland, Russia and Norway. We organize and export exhibitions about the North.

Polar Lab uses the phrase “up here” to reference place. We have programs in six key areas: Warm Up Here (related to resiliency); Reside Up Here (looking at lifeways); Think Up Here (reading, writing and scholarship); Design Up Here (exploring architecture and a visual language); Make Art Up Here (working in multiple disciplines from visual to performance and literary with short-term artist “interventions” and long-term artist residencies); and Meet Up Here (creating distinct experiences and gatherings that activate museum spaces and create new methods of visitor engagement through pop-up activities and large-scale events). Polar Lab also recognizes the importance of technology to youth engagement and in expanding the notion of “membership” and access, and includes a program called “Cloud Cover” that emphasizes digital innovation—using everything from Minecraft to GoPros in exploring place. We also work with the Arctic Studies Center of the Smithsonian and many individual artists to feature indigenous voices and to examine how traditional knowledge can be applied in a contemporary context. Polar Lab includes programs for real-time video conversations with other places that are also impacted by changes to the landscape—from food security issues to rising coastlines, in such diverse places as New Mexico, Florida and New York City. 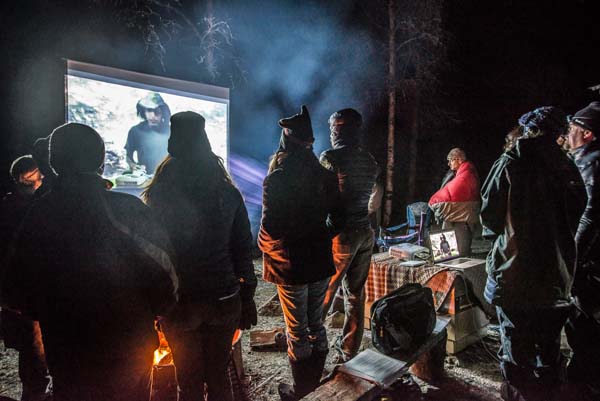 The Cabin Fever film series brings experimental films to places such as a public use cabin in conjunction with the Cabin Fever exhibition. 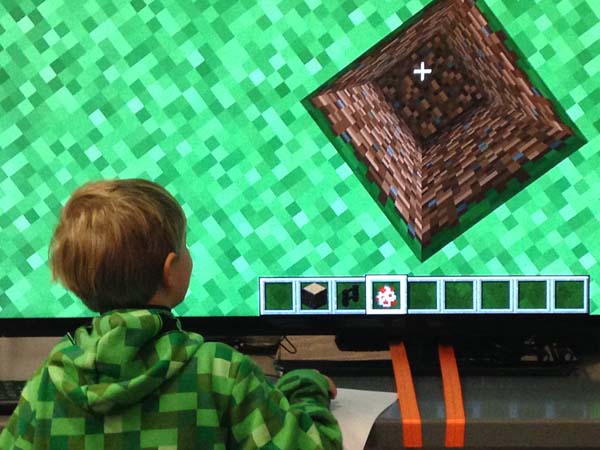 We’re creating the Anchorage Museum and more in the popular game Minecraft.

Empowering Northern voices starts with recognizing that indigenous societies acutely understand the risks associated with environmental change. Arctic peoples are preparing themselves, their societies, and their governments for change and are highly invested in and engaged in Arctic issues. For Arctic peoples, flexibility, innovation and adaptation has always been a way of life. In 2015, the Chairmanship of the international Arctic Council transfers to the US, which means it is a critical time for Alaska and its indigenous people, as Alaska is the only US state with Arctic territory. The Museum is interested in conversations around these issues, convening people to host meaningful discussions about future scenarios and contemporary conditions. Polar Lab focuses on investigations and dialogue, with programs that are unexpected rather than ubiquitous. 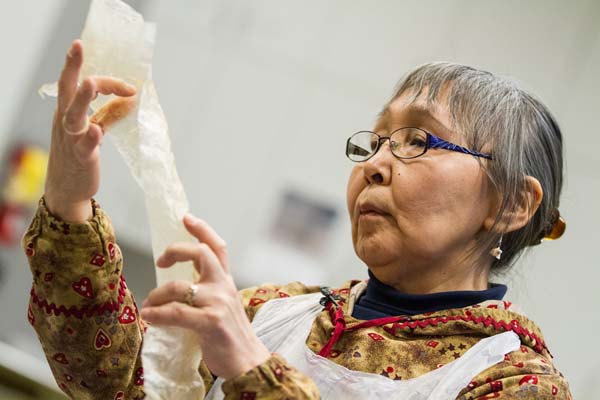 Julie Decker is the Director and CEO of the Anchorage Museum at Rasmuson Center, Alaska's premier art, history, science and cultural institution. Decker has an extensive curatorial background combined with a long history initiating innovative Anchorage Museum programs and exhibitions. She is leading the museum beyond its recent expansion to position it as a key cultural institution in the North.