In late January 2015, Phoenix was consumed with the Super Bowl. Amidst the gridiron frenzy, the Heard Museum hosted a symposium to discuss an issue important to many American Indian communities around the country. It also allowed us to provide the forum to address an issue that is oftentimes the basis of questions by our visitors.

Using the attention of a high-profile national sporting event and the newly-installed exhibit Beautiful Games: American Indians Sport and Art, the Heard hosted a critical conversation, “Indigenous Stereotypes in Sports,” featuring some of the leading scholars and activists in the field.

The idea for this program sprang from a dialogue of identity presented in the Beautiful Games exhibition. Many of the contemporary art pieces included in the exhibit focused on what “being Indian” means to artists. One artist, Eastern Cherokee basketmaker Shan Goshorn, created a pennant basket based on the Washington football team; the work “No Honor” directly addressed what being American Indian is not. Her piece incorporates detailed weaving of words discussing how the professional Washington team’s name brought no honor to American Indian people. Noticing this undercurrent and the coverage of the “change the name” issue involving the Washington team’s name, the Heard’s leadership team decided to host an event which would provide a forum for discussion.

This symposium featured a keynote address by Kevin Gover (Pawnee), Director of the National Museum of the American Indian, who outlined the history of stereotypes in sports with particular attention paid to how American Indians “fill whatever role needs to be filled.” Gover also noted the lack of accurate and detailed information in the American education system when it comes to American Indians. 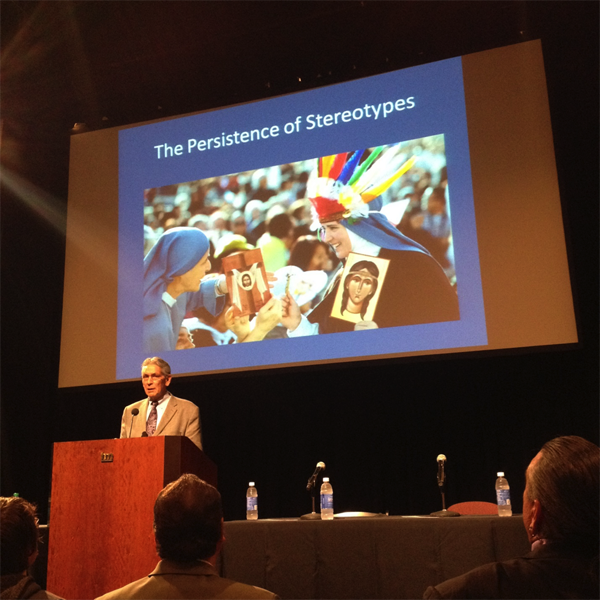 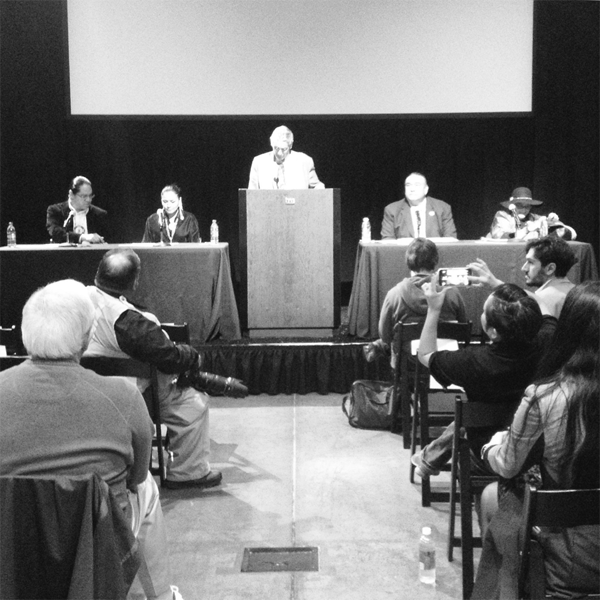 Harjo noted that since 1970, through work by herself and others on this issue, more than two-thirds of the offensive teams and logos which once existed across America have been successfully eliminated.

Closing the night with questions by the public, some Washington team supporters stressed their allegiance and stated their cause for continuing to support the team. Many people wished to know why it matters to American Indians today. Gover mentioned in his keynote address that he hopes that these conversations and exhibits causes visitors to say “I didn’t know that.” Then, Gover said, “We want them to say, ‘Why didn’t I know that?’”

This sentiment is shared by the Heard Museum as we provide the forum for the discussion of these ideas so that attendees and visitors can acquire the knowledge to make their minds up and make informed decisions.

Born and raised on the Navajo Nation, between the communities of Kayenta, Round Rock and Lukachukai, Arizona, Jaclyn Roessel is the education and public programs director at the Heard Museum. She has founded and co-founded two blogs, Grownup Navajo and presence 4.0 which both aim to create an understanding for who American Indian people are today. Roessel believes in utilizing cultural learning as a tool for developing communities and engaging community members.