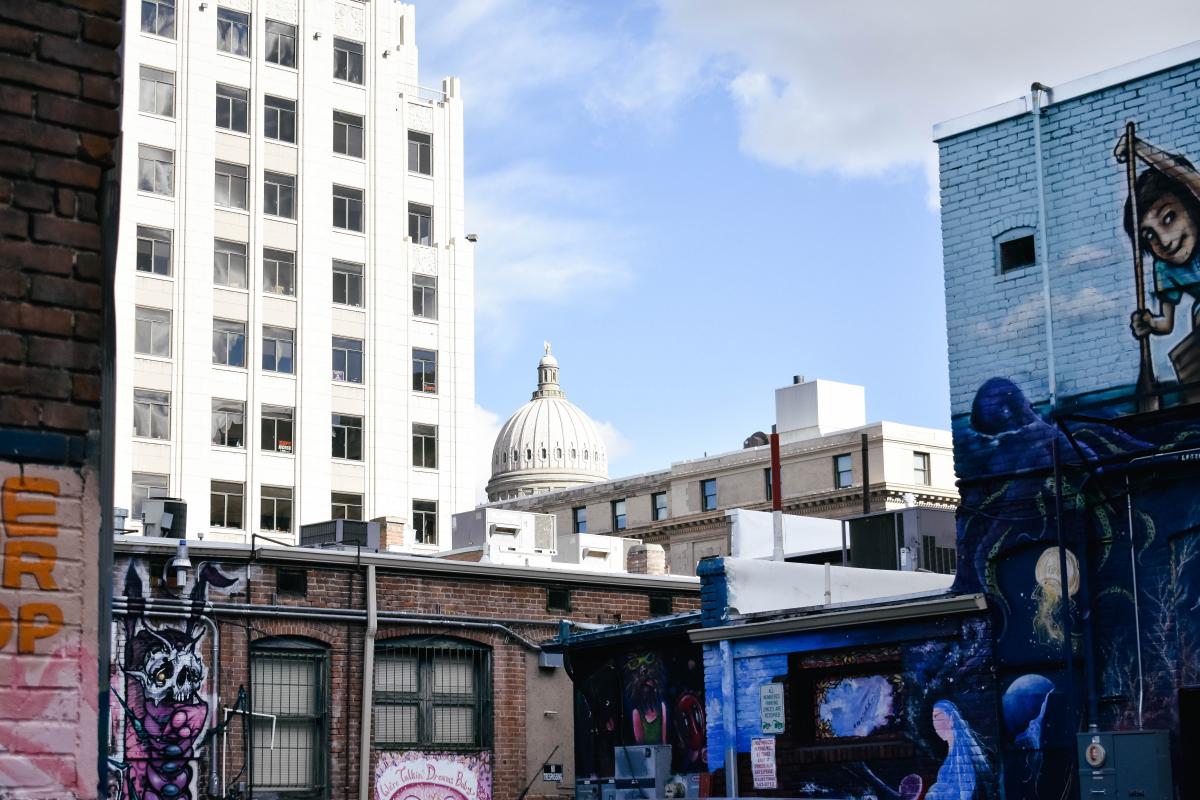 As the date of my trip to Boise approached I scoured the conference schedule, trying to figure out which talks I would most like to attend. After receiving the Wanda Chin Scholarship to help defray costs of attendance, I knew I had to make the most of my visit. It may come as no surprise that as a trans, mixed race person I am very interested in IDEA ethics and policies in the realm of museums. Many sessions, including “The Transgender Museum Experience” and “National Initiatives Build Capacity for Diversity and Inclusion,” got little hearts and stars drawn next to them in my notebook.

When I got to Boise I was nervous. I was nervous because I had never been to a museum conference before, and I had never presented a poster before (at least not since the middle school social studies fair). The academic conferences I have attended were all full of interesting talks and people, but I wasn’t entirely sure what to expect from the museum side of things.

Despite all my program reading, I arrived a nervous hour early to the Opening General Session and Keynote (which started at 9, not 8) where I pounded two cups of chamomile tea and fidgeted until the talking started, unsure of if or how I should approach other attendees.

As the speeches started I was happy to hear opening remarks from Chairman Ted Howard representing the Shoshone-Paiute Tribes. Many of the sessions I attended followed a model where speakers began by directly referencing the fact that we were standing on stolen land. This set a tone that suggested the small but important ways that museums and similar cultural institutions can draw attention to historical barbarism with humanistic aim, shifting perspectives towards the groups who have been mistreated and away from those in power.

Mistreatment of marginalized groups comes in many different forms. Sometimes it’s direct violence, and sometimes it’s the violence of exclusion whereby individuals are shown—from floor plans, furniture, labels, and language—that no one considered their needs or very existence. The keynote speech by Sina Bahram championed the inclusion of accessible methods of interpretation like image descriptions and audio guides. In addition to describing new technologies, Bahram also suggested the way in which museums can be spaces that are more welcoming to people with disabilities.

After the General Session, I continued to see attendees who were proudly sharing their efforts to include those who have not always been considered in the greater narrative. I learned about the iPAGE initiative to create bridges between museums and non-academic professionals (in the case of the Science Museum of Minnesota, local farmers), and heard “equity” and “inclusion” being used in the context of actual programming rather than as mere buzzwords. Whether in the case of cultural preservation and representation or in the way that knowledge is shared institutionally, most everyone I encountered seemed to want to make a lasting positive impact on our world. I started to recognize a repeated phrase: “walk the talk,” and I started to recognize this phrase enacted in the pattern of individuals I met. After all, it’s not enough to be aware of IDEA ethics: you must also transform theory into impactful action.

Museums are widely places of experiential learning and I enjoyed the ways this approach materialized in the various sessions I attended. Many panels incorporated a practical or workshop element to their talks, a practice that enlivened the social element of the sessions in a way I had not previously experienced. Ecologically speaking, travelling to conferences is a terrible practice, but I can see the merit in a physical meeting when there is this type of social learning involved. 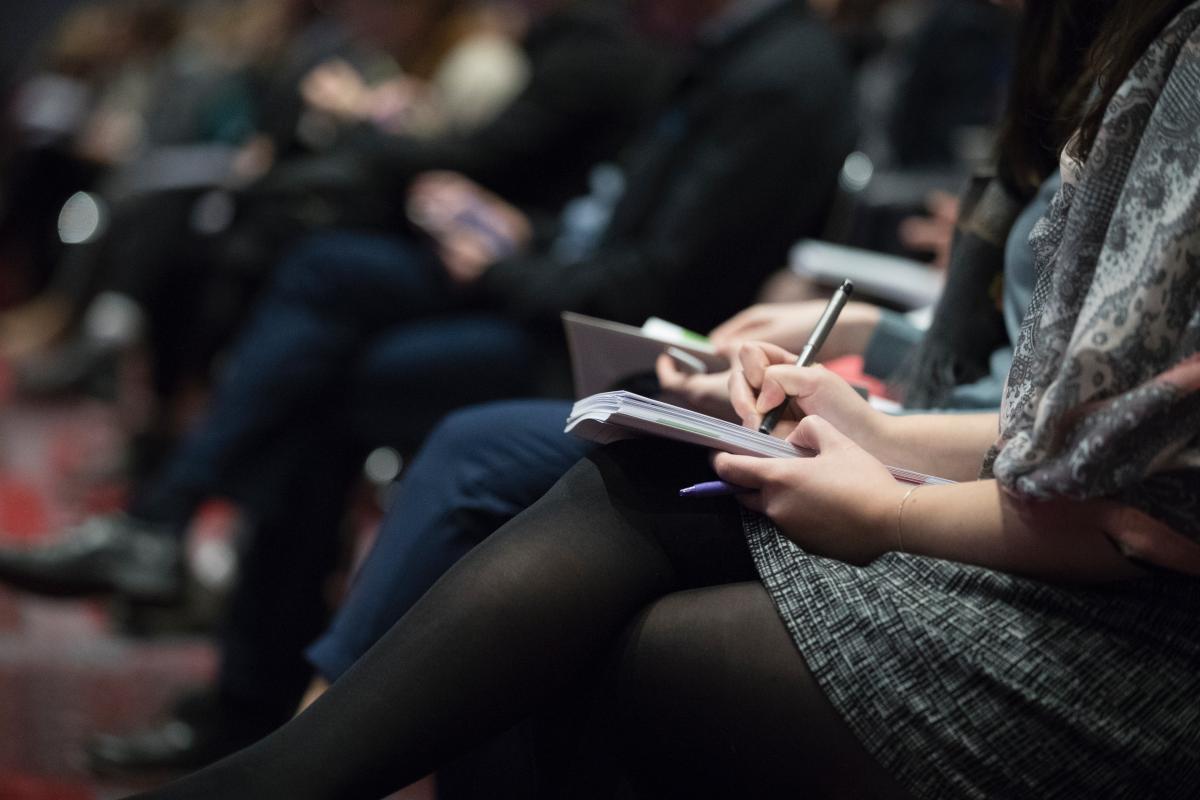 Outside of sessions chatting with other museum folks, it was easy to be open. In conversation I found myself confessing that my museum doesn’t have a working database, that we struggle with an essentially nonexistent advertising budget. Almost every concern was met with understanding—sometimes with convivial one-upmanship “oh, you think that’s bad…”[1] While it was encouraging to realize that there were so many people with goals like mine doing good work, it was even more validating to realize that most attendees were doing this good work despite serious limiting factors.

There are so many things that are attractive about working in museums—the expressions of gratitude from visitors who just enjoyed learning, the backstage pass feeling of walking through doors marked “museum employees only”—but rock star pay and stress-free labor are not part of the package. It was encouraging to hear over and over how museum work is not particularly easy, that it requires a lot of personal motivation and perseverance, and (most importantly) that everyone still felt it was worth doing.

The session “Museums are Places that are Quietly Subversive” helped to move my first WMA experience from educational to inspirational. Presenters were all members of the WMA board and the group aimed to illustrate the creative ways museum professionals in small, rural, or otherwise conservative communities utilized the perceived neutrality of museums: public trust in our “objective” storytelling is what allows museums to teach those who may not automatically seek to learn about the experience of marginalized people.

Interpretation was championed as an easy way to “hide veggies in desert,” and adding diverse voices is an easy way to expand the perspectives of stories we tell. The work we do has incredible representational value as plenty of black, queer, disabled, indigenous (etc.) visitors do not see themselves in museum spaces and we have many opportunities through our institutions to better support a wider audience.

As a representative of the Burlesque Hall of Fame in Las Vegas, NV [2], I know how important it is to center the stories of women, of the working class, and of a profession—to be explicit: stripping—that is stigmatized in our society. Immediately after the session I presented my poster, on the interpretative we do at BHoF (where everyone who gives tours is themselves a member of the current burlesque community) confident that our practices are aligned with the apparent direction of the field.

I left Boise warm with validation. Even if we sometimes lose sight of the positive effect of our labor when we’re sneezing in over-full collections rooms and dealing with difficult visitors for too-little pay, it’s reassuring to be reminded that the hard work we do is important and impactful. While I certainly gained other valuable educational and professional experiences thanks to the Wanda Chin scholarship, I was most grateful to attend the WMA conference as a chance to touch base with other members of a larger community—a community of constructive and considerate people.

1.) I feel particularly fortunate to have steered clear of terrifying maintenance issues—one story of unattended sewage build up over an office in a government rented building has really stuck with me.

2.) Shout out to Anne Rowe, who mentioned burlesque in passing during her opening remarks (something about how interesting museum folks are, even outside of their museum gigs). She provided me with an easy ice breaker: as a representative of THE burlesque museum, every time I introduced myself during the conference other attendees would ask if I had met Anne—I think a few even went as far as to text her—and I was super excited to tell her about my home institution. The whole thing had a bit of a scavenger hunt feel and culminated in a very nice chat with the woman herself at the Basque Cultural event on Sunday night.

Anne: you were very kind to listen to me talk about my love of mid-20th century strippers and emic interpretation. And this goes for everyone reading: if you’re ever in Sin City, please come visit us!

Emmie Pappa Eddy is a PhD candidate in Folklore at Indiana University. They live in Las Vegas where they work in Archives and Interpretation at the Burlesque Hall of Fame museum, which is the subject of their (pending) dissertation. Emmie has worked in collections at both the Elizabeth Sage Historic Costume Collection and the Mathers Museum of World Cultures in Bloomington, IN, though their favorite museum gig to date was teaching art classes and developing programming for a recurrent Instrument Petting Zoo at the Chicago Children’s Museum.