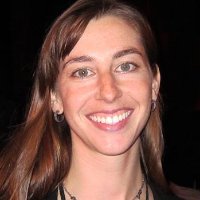 Over the past nine months I have applied to arts administrative positions all across the country, including every city I have never wanted to visit. One of my mentors occasionally reminds me that opportunities abound in Doha, Qatar, but as committed as I am to working in the museum field, there is only so much angst I am comfortable causing my mother in pursuit of my professional interests. Moving to Utah in 2009 for a position as communications director at the Salt Lake Art Center was difficult enough for her to fathom. Persuading her that I was making a good career move wasn’t the issue; rather, it was convincing her that I’d be able to meet a nice Jewish boy while living two blocks from the Church of Jesus Christ of Latter Day Saints. Certainly if I were to move to Doha, my love life would be the least of her concerns, so alas, I have limited my job search to the United States.

Unemployment has its obvious challenges. It creates a sense of anxiety that sticks to my body like a hot wad of chewing gum on a rubber sole—it stretches, snaps or is eventually compounded, but it doesn’t really go away. While trying to stave off bipolar-like symptoms that sway radically from motivation and promise to apathy and discouragement, NPR offers uplifting reports explaining why the unemployed are likely to earn less than their working peers for the rest of their lives.

The most frustrating aspect of job hunting is the repetitive process of applying to inspiring institutions where I know I could make a positive impact, only to be denied an interview—denied, to be clear, not by letter or email, but in the trendy econo-dip fashion, which, for those of you who are not in the know, is characterized by cool and enduring silence. On the rare occasion that the opportunity presents itself, I find myself composing a heartfelt note to an HR manager, conveying my sincere gratitude for her rejection letter. In such instances, there is only one question to ask myself: Is this really what it’s come to?

Unemployment also has its benefits, and despite what I’ve written above, some even rival the radiant luster of its setbacks. On a Monday morning last fall, a friend and I took a hike where we spent hours enjoying luxurious shade, picking wild raspberries and stumbling upon moose—a cow and her calf standing like statues on the curved trail. Moose appear cute and cuddly (spindly legs and all) but they are known to have a mean streak. The duo we encountered spent 20 minutes assessing our worth and intentions until they were tranquil enough to absent-mindedly chomp on leaves and continue their ascent into the thick, waxy foliage. (Job or no job, they could sense we didn’t deserve a hoof in the mouth.) Upon returning to the base of the trail I thought, “Where was everyone today and how were we so lucky to have this spectacular experience to ourselves?” Then of course it hit me that everyone was at work. Suckers.

What I have learned from being unemployed, other than how to grow rhino skin and enjoy leisure time while I have it, is that I’m too passionate about museums and the arts to relinquish my aspirations to any old job. My professional experience is in contemporary art galleries, art museums, public art agencies and academia, and I feel an affinity for each. In the future I’m hoping to focus my attention on curatorial work. It’s true that ten years ago I had a brief stint as a BriteSmile dental technician, but I’m no longer masochistic enough to work in industries where I clearly don’t belong. Why would I when they can’t possibly “complete me” à la Zellweger and Cruise in Jerry Macguire?

I’ve taken calculated steps to move myself in the right direction. Since roughly 70% of all jobs are filled through some form of networking, I have gotten savvy at marketing my skills and interests and have turned life into one big informational interview. I also recently moved back to my hometown, Denver, to make connections in a larger city and live closer to family. Negotiating my unemployment status, as it turns out, has revealed that I’m capable of creating my own opportunities. When I’m not hobnobbing with moose, I spend my time freelancing for artists, curators and companies such as the Eames Office in LA. This has not only allowed me to participate in invigorating experiences, but it has also reaffirmed my belief that proactively pursuing one’s goals is essential. For me, that will always beat suctioning spit from a stranger’s mouth.

Marlow Hoffman is a WMA member and recipient of the 2010 Wanda Chin Annual Meeting Scholarship Fund. She is currently seeking employment in the museum profession.

It looks like many of you who have posted comments above are working hard on your own blogs. Since I'm new to blogging myself, it has been both fun and inspiring to learn what you have to share with the world. From Colleen's question of how to describe what museum studies entails, to Caroline's critique on fundraising in museums, to Kristen's post about her thesis (which applies ideas from the Slow Food Movement to art museum education), I've enjoyed learning from each of you! Perhaps writing a blog won't lead straight to a job (keep me posted on that, Colleen!), but at least it leads to meaningful dialogue.

Great post, Marlow. It's very timely for me. I will be graduating with my master's degree in May and am only just starting my job hunt after two years of being a full-time student. I am determined to go into the job-hunt with my head held high and armed with my fierce dedication to cultural nonprofits (much like you)!

Do you have a blog? I'm the author of Know Your Own Bone (the site that James Leventhal so kindly mentioned above). As a graduate student with the benefit of having a more industry-wide view of cultural nonprofits, I've come to really rely on my blog. I've found it to be a great way to meet people, spread ideas, and contribute to the sector. It's also offered me several writing and speaking opportunities and the ability to meet some great thought leaders. Will it pay off during my current job search? The verdict's still out, there. I'll keep you posted and I have my fingers crossed... But it will and has certainly paid itself off as my life-line to museum and cultural nonprofit happenings and ideas.

I'd love to read your blog, if you have one! If not, let me know if I may (humbly) be of service in any way. Good luck with your job search! I absolutely know how you feel!

I, too, am taking advantage of and lamenting my under-employment in the museum field. I remind myself to enjoy the freedom it brings, and to seize opportunities (whether they are volunteering, applying to jobs, or skiing on a Tuesday) when they present themselves. Mostly, I remind myself to be patient, but to stay active and engaged. Organizations like WMA, who strive to connect museum professionals, are a great asset. Keep reaching out, keep trying, and above all - keep the faith. We'll get there! See you in Hawaii??

Great post Marlow! As funding cuts deepen across the U.S and abroad more of us may be joining you, soon. It's good to see someone with such a positive attitude.

My gut reaction was to write "you go girl!!" but it doesn't adequately express the hard road you've hewn.

But, you've hit the nail on the head, to continue the metaphor of hard labor. Network network network and get involved where you can. (Hooray you are doing this.) It not just creates job leads, but I think it helps by keeping you - us! - current and engaged with the field.

You really never know what will happen. Not to make light of a rough situation, but I know for me, when I was out of work, not knowing what the future held reframed my stress as a great big adventure.

Oh I so hear you with this post, Marlow! I also feel under-employed in the museum field, and wish it were different. I have been willing to take temporary positions, small projects, AND volunteer . . . and I have been in the museum field for 20 years. Once in a while I think I should just pack it in and move on to another field, but I just can't do it - I love museum work too much. So I will join you eating those raspberries, and staying the course to fulfill our museum career dreams. Feel free to contact me through my blog if you'd like to connect.

I knew I couldn't be the only one struggling to find work. Thanks so much for sharing your stories. I appreciate your insights and support. With a sense of humor, persistence, and the benefits of WMA, we will all make it together. I think the museum field needs us as much as we need it!

As you know, Marlow, I am empathetic. Having 'been there and done that', I'll forever feel a stronger person and more committed to my choice to pursue a museum career after having been beaten down -- insulted, under-utilized, undermined, etc. -- by a couple of former bosses and enduring 7 1/2 months of unemployment. I approached applying for jobs as a mechanical, not an emotional, process. I wrote concise, officious cover letters and spoke honestly during interviews as I wanted to be hired for being myself, not hired by trying to be someone else. So, keep at it, remain patient, as a great opportunity is waiting to be found.

great post Marlow. And I love how you are owning your own career and self-promotion...if you don't mind my saying...it's half the battle! I just came across this woman on-line: http://hstryqt.tumblr.com/ Dig the tumblr site she's made.

And there are other great examples, namely: http://colleendilen.com/ and "Know Your Own Bone," Colleen's really built an important following. Find her on Twitter, too: http://twitter.com/#!/cdilly