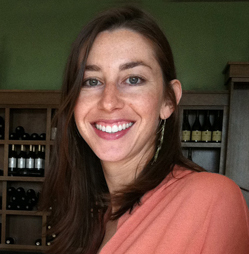 A year has passed since I shared my unemployment woes in the blog post, Will Work for Food: Curatorial Position and Cake Preferred.  Here is what has happened since then:

I have been living in Denver for 15 months.  This has allowed me to distance myself one more step from that hectic, albeit adventurous, stint in my life when my car donned license plates from three different states in a single calendar year.

One year later, I am proud to say that I work in the arts—no small feat in this economy.  In August, after four months of contract work with the Eames Office, I landed a full-time salaried position with the Eames family.  I’ve had the opportunity to work on a number of exciting projects.  I jumped in with research, writing and exhibition design for Essential Eames: The Design of Knowledge (part of the Getty initiative, Pacific Standard Time: Art in L.A. 1945-1980).  Then, this past winter I participated in the ultimate scavenger hunt.  I collaborated with a team that spent months seeking out hundreds of images for The Minds of Modern Mathematics, a new iPad app of Charles and Ray Eames’s densely layered timeline that charts the history of mathematics from 1000 AD to 1961.  The project required huddling in a cave-like pile of dusty library books, many of which had not been checked out in over 50 years.

In addition to exhibitions and special projects, I have assisted with an array of educational and community-building efforts, from a House of Cards breakout session at TEDxManhattanBeach to a chair design class in the empty living room of the Eames House.*  I also write weekly entries for Powers of Ten—an Eames Office blog that explores the relative size of things in the universe.  Currently, I’m working on an upcoming exhibition about Ray Eames to celebrate the centennial of her birth.

Every project I work on is different.  Every day has the potential for something unique and unexpected.  I feel fortunate to have a job that is engaging, inspiring and relevant, because, as Charles Eames once explained, “the objective is to get many of the rewards of life from the work you do.”

As it turns out, moving your life to a new location can create the impetus to move yourself in other ways too.  I’ve been trying so many new activities that I can hardly keep track of them.  This is a huge shift from a year ago.  When I first moved back to Denver I was staying with my parents, searching for a job, and in general, living in a state of complete hibernation.  Every so often I’d go out on a Friday night, but it was usually to tag along for one of the neighborhood’s monthly book club meetings.  I was never sure which was worse: that my social life revolved around my parents’ AARP friends, or that, to my horror, I thoroughly enjoyed their company.  That period in my life, however, was not without purpose or reason.  I wanted that job in the arts, and I was willing to make a few sacrifices to hold out for it.

Today, I’m living life like Corky St. Clair in Waiting for Guffman: flaunting my jazz hands.  After much convincing, a friend of mine got me off the couch and onto the dance floor, and now I never want to sit down again.  I’m obsessed with blues dancing.  Last month I participated in a Flash Mob, I just started lindy hop (aka, swing dancing), and as an extension of that, I’ll soon be taking an aerials class.  My plan is to dance so much that, if I ever have children, the steps will be imprinted in their DNA.

In addition to dance, my social repertoire has included Ultimate Frisbee in the winter, yoga in the summer and most recently the Bolder Boulder 10K race (this coming from someone who, just last year, claimed to “run only when chased”). My new motto is: “If it sounds like fun but you’re too nervous to try it, suck it up and get out there.”  It’s not quite as succinct as my last adage, but it works.

Finally, every Sunday, I spend three hours of absolute joy and chaos with my family.  It goes something like this: my mom whips up killer pancakes that will change your life while my dad obsessively sweeps the floors behind her.  My baby nephew alternates between streaking his munchkin cheeks with hot tears and doing a jig (his version of learning to walk).  My sister asks pointed questions about our week in the hopes of staying in the loop, and then runs off to divert impending disaster with her children before ever hearing our responses.  My brother-in-law simply sighs.  As for me, I play on the floor with my older nephew who schools me—as only a sharp-witted three-year-old can—on the differences between a tractor, an excavator and a backhoe.  This may sound mundane, but it’s not.  It’s my family.  And I doubt I’d be living so close to them right now if it weren’t for the fact that I lost my job in 2010.  Dare I say it?  Thanks, unemployment.  I owe you one.

Not having a job has taught me as many valuable lessons as having one.  In addition to the tactical skills that must be honed when searching for work, I have learned that you have to identify what is most important to you (sometimes embracing one choice and letting go of another) in order to make a difficult decision.  For me, that was critical.  And everything else followed.

I’ve also learned that someone’s belief in you can propel you forward.  When you’re unemployed, it’s especially important to find and surround yourself with those people, because they are often the wind at your back when your positive energy wanes.  There are many who feel they can “do it all on their own” and are averse to assistance.  My sense is that those individuals are being held back by that decision.  They’re missing out.  Counterbalancing the many challenges of unemployment requires you to carry a specific type of ammunition—the happy kind that comes in the form of positive, resourceful and creative thinking—but it also requires a bit of leaning.  In my experience, it’s best to do so with as much grace and gratitude as possible, knowing that you will do the same for someone else in the future.  Because, if you allow that of yourself, eventually your lean becomes a step, your step becomes a turn and, suddenly, before you know it, you’re dancing.

One year later, I have a more open perspective, a greater sense of purpose and newfound passion.  Charles Eames always said, “Take your pleasures seriously.”  And I do.

Marlow Hoffman lives in Denver and works as the Exhibitions and Education Coordinator for the Eames Office (based in Santa Monica, CA).  She was a recipient of the 2010 WMA Wanda Chin Scholarship and continues to stay engaged with WMA and the western contemporary art world.

* For all you Eames lovers, the contents of the Eames House living room have been moved to LACMA for its PST exhibition.  This has allowed the Eames Foundation to stage events in that space and provide care under its 250-year preservation plan.

M - you should be very proud of all you have accomplished. You are an inspiration as well!

I second Heather's message. Congrats, you're amazing and I miss you very much!

Thank you all for your kind words and, as always, your support!

Your pen is as mighty as your lens! Lovely piece, Marlow. Keep on dancing!

You are a bright example of persistence paying off.

I wish you continued success.

Thanks so much, Paul!

Thanks Heather! I do feel proud. And I feel grateful--because many of my accomplishments have come to fruition with the help of your mentorship. No small thing.

I can't wait to see you dance! Thank you for inspiring people to work hard and to follow their dreams.

This is an incredible piece. It is poignant, funny, and most importantly, you.

It is a wonderful follow up to your initial blog. You are a gifted writer with a flare for the imaginatively descriptive – and an incredibly talented artist. The themes that you touch upon are truly universal. While I do not work in the arts, though I have a profound appreciation for all forms, the piece resonated (with me) on both a personal and a professional level.

Your perseverance and passion for your field is inspiring. And your ability to recognize the value in those around you – and to truly let them in - is rare and admirable, and has, without a doubt, yielded its rewards.

I never responded to your note, Jess! Speaking of "the wind at your back when your positive energy wanes," you've always been that for me. Thank you.