Think back to your last “first”. First day at a new job; first day of school; first time flying; first time speaking in public. The first time for anything can be riddled with angst, excitement, jittery anticipation, even fear.  My first trip to Palm Springs for the Western Museum Association’s 77th Annual Meeting this past week brought many of the above feelings my way for myriad reasons.

My, now 8 year-old, son was a little nervous and a lot excited about his first day. He proudly prepped for his big day starting Kindergarten by laying out his clothes the night before; he pulled out the pin-stripped suit, complete with clip-on neck tie, that he’d worn to a funeral months before. Topped off with some blue and white Umi sneakers, he was smooth.  A little unconventional, but I knew that if he felt comfortable in his outfit, it would give him comfort and confidence in other areas, ultimately lessening the nerves of the first day of 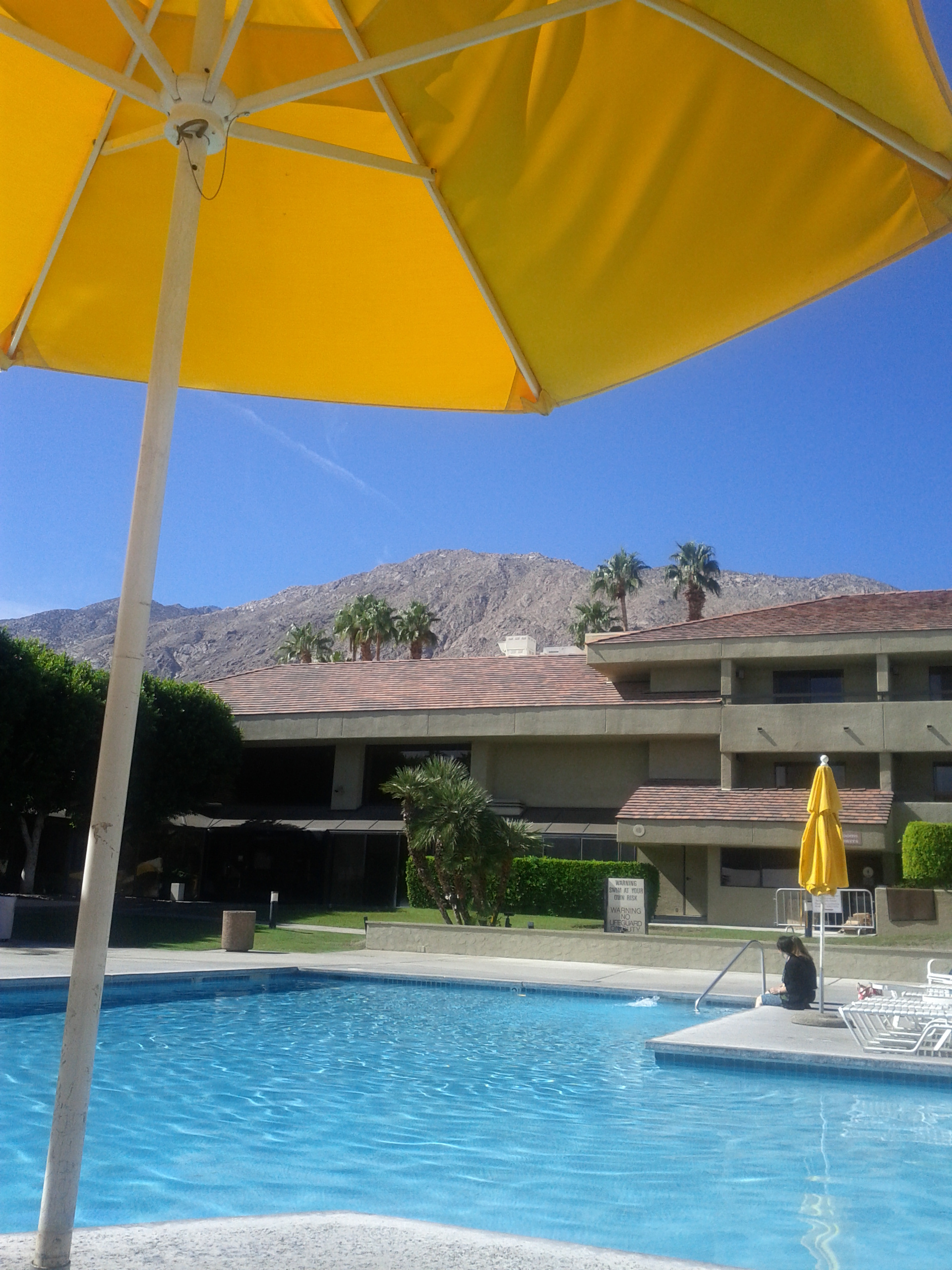 the big K.  I was in for a host of firsts- first time visiting Palm Springs; first time meeting colleagues from the entire stretch of the west coast; first time serving as a panelist at a museum conference; first time (in a long time) meeting up with grad school chums; first time attending the Western Museum Association’s Annual Conference.  Clearly, I needed to take some advice from my son, so he was the one I asked for styling opinions as I packed my bags for Palm Springs.

I flew to Palm Springs for the first time. Boarding the flight at SFO, I ran into two colleagues also headed to the conference. Ironically, we were all seated next to each other.  We talked museums, baseball, football, education, current jobs, the future of museum professionals. This proved to be the nature of my interactions with colleagues throughout my time at the conference. It was so invigorating to converse with like-minded individuals, and not-so-like minded individuals, who all have an understanding of, passion, love, and respect for museum institutions. This is one aspect of professional development opportunities that I really enjoy. The chance to compare notes, leverage partnerships, hear what others are doing, and brainstorm strategies with colleagues from such a wide range of institutions is invaluable. It often calms my nerves to hear others are having similar challenges and sparks excitement to learn a solution to something without having to reinvent the wheel.

I got the chance to see grad school mates for the first time…in a long time. We talked about where people are, where they are aspiring to be, what they’ve learned, whom they’ve met and how much they still owe…in student loans! The debate continues as to the importance of an advanced degree in museology. The connections one makes with cohorts and that bond from late night sessions and teary-eyed freak-outs during thesis writing is definitely a bullet point for the left-hand column on the “plus” and “minus” list.

I was speaking on a panel at a museum conference for the first time. Decked out in an 8 year-old approved outfit, sitting next to four women whom I respect professionally, I was quite excited and a little nervous. Was the message clear? Did 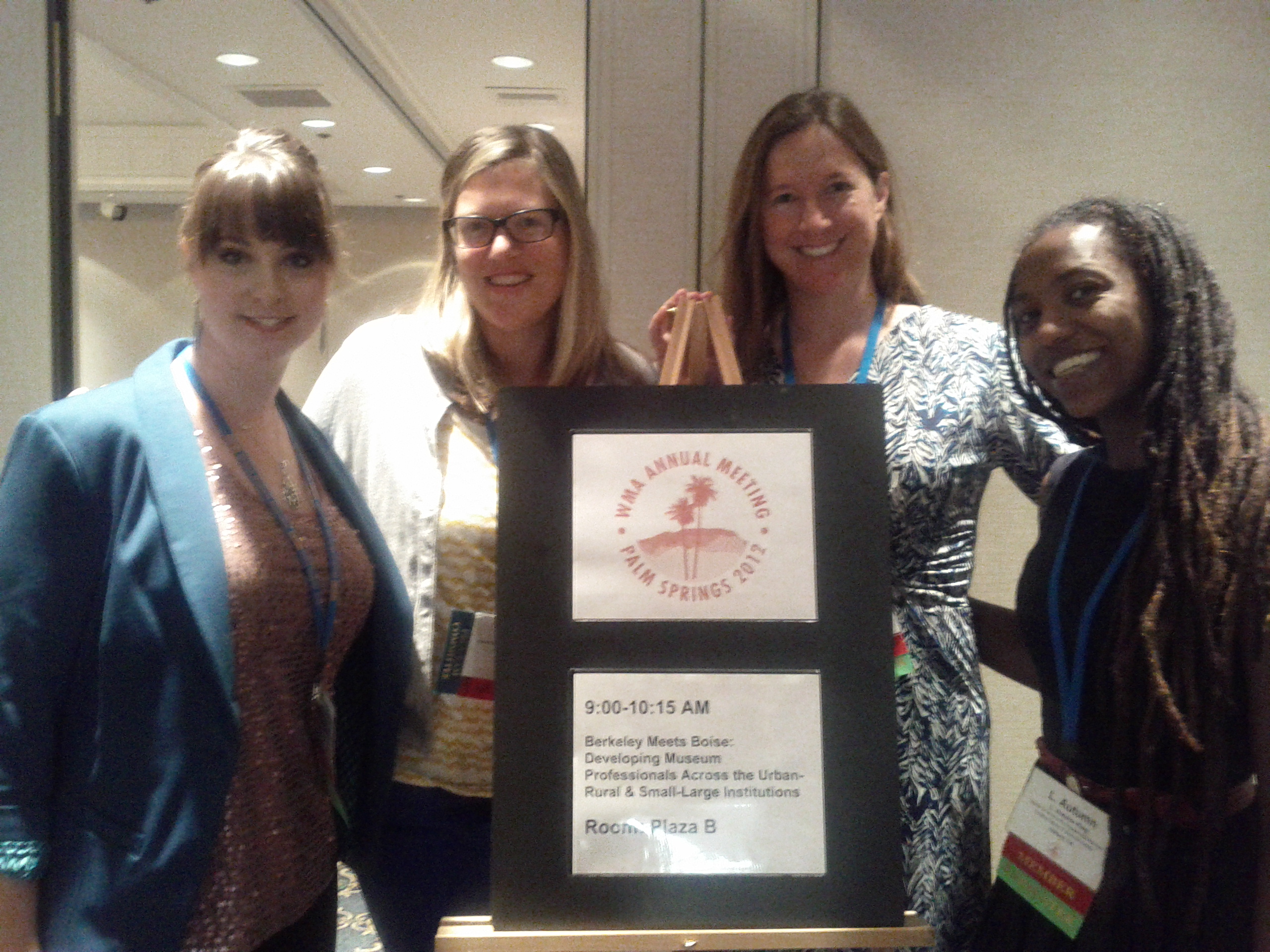 we hit the points that were hinted at in the session blurb? Would anyone show up? Would I ramble on and on when answering a question? Would I get caught in headlights and not be able to speak at all? It went well. Maybe it was the outfit, maybe it was the professionals surrounding me, maybe it was the supportive nature of the WMA staff, whatever it was the excitement and pride outweighed the jitters and worry in the end.

For the first time, I photo-bombed picture after picture. Okay, full disclosure: it wasn’t the first time ever, but certainly the first time at a professional event. My smiling face can be seen pretending to play with a school marching band, 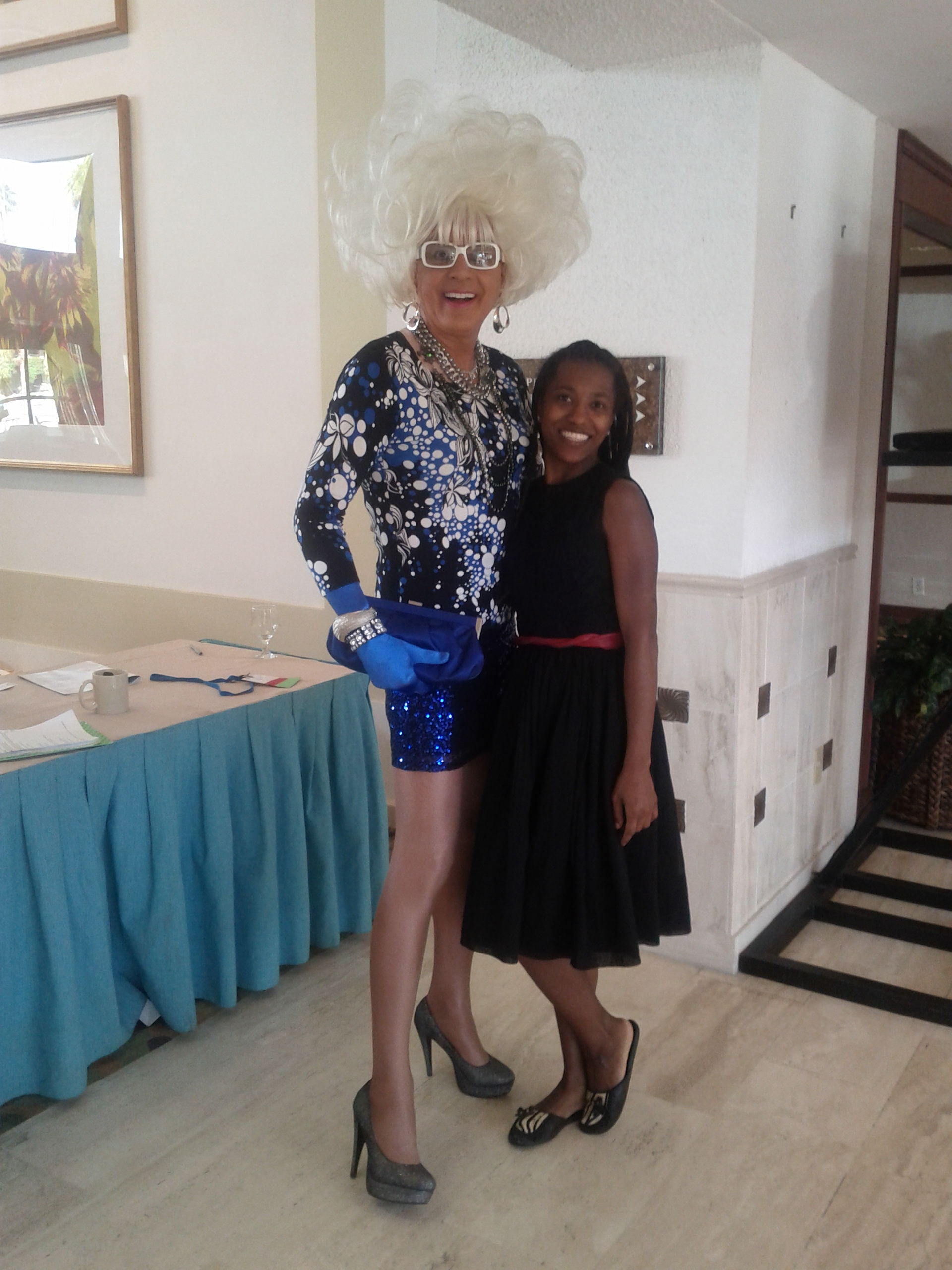 trying to look taller next to a 6’ 5’’ drag queen, striking a hip-raised pose with a group of belly dancers, and, well, I’ll let you play “Where’s Waldo” in the conference news brief.

It was a dare and I’m from New York City, we don’t run from a challenge. Okay, full disclosure: it only became a dare after I’d done it a few times of my own volition. Robert, please don’t ‘shop me out of too many pics. In Utah, I’ll promise to be good!

The WMA Annual Meeting brings together myriad museum professionals with a goal of inspiring and energizing individuals as we continue making bold moves, striving to bring the best of what we do to the community at large.  Thanks to all the organizers, board members, and supporters who had the vision and brought it to fruition. Glasses raised.

It had been a while since my last “first” and I’m fortunate that it was great. I felt respected, cared for, passionate, in love, excited, fulfilled-not bad for a first time. Looking forward to the follow up…see you in Utah!

L. Autumn King graduated from John F. Kennedy University's Museum Studies program with an emphasis on education and interpretation. She believes that museum institutions are inspirations for communities, societies, and civilizations. She currently lives in Oakland, CA where she Visitor & Community Engagement Manager, Chabot Space & Science Center - and her oldest son still weighs in on her wardrobe choice before heading out for the day.

Fun times and makes me think of my First time(s).