As you enter the gallery spaces in the new Exploratorium building on Pier 15 in San Francisco, a sign with a revolving message bodes you to “get ready to wonder” and “rearrange your thinking.” Camera in tow, I went to see the new digs with my daughter, a former Explainer at the museum.

Was there wonder? Check. My daughter claims that the Exploratorium has never been about the building, but instead about experiencing discovery through the hands-on exhibits. Yet, this new building lets the place breathe with light and space in a way that changes, and in my opinion, improves the experience.

Was my thinking about the Exploratorium rearranged? Check. These snaps offer you some sneak peaks. 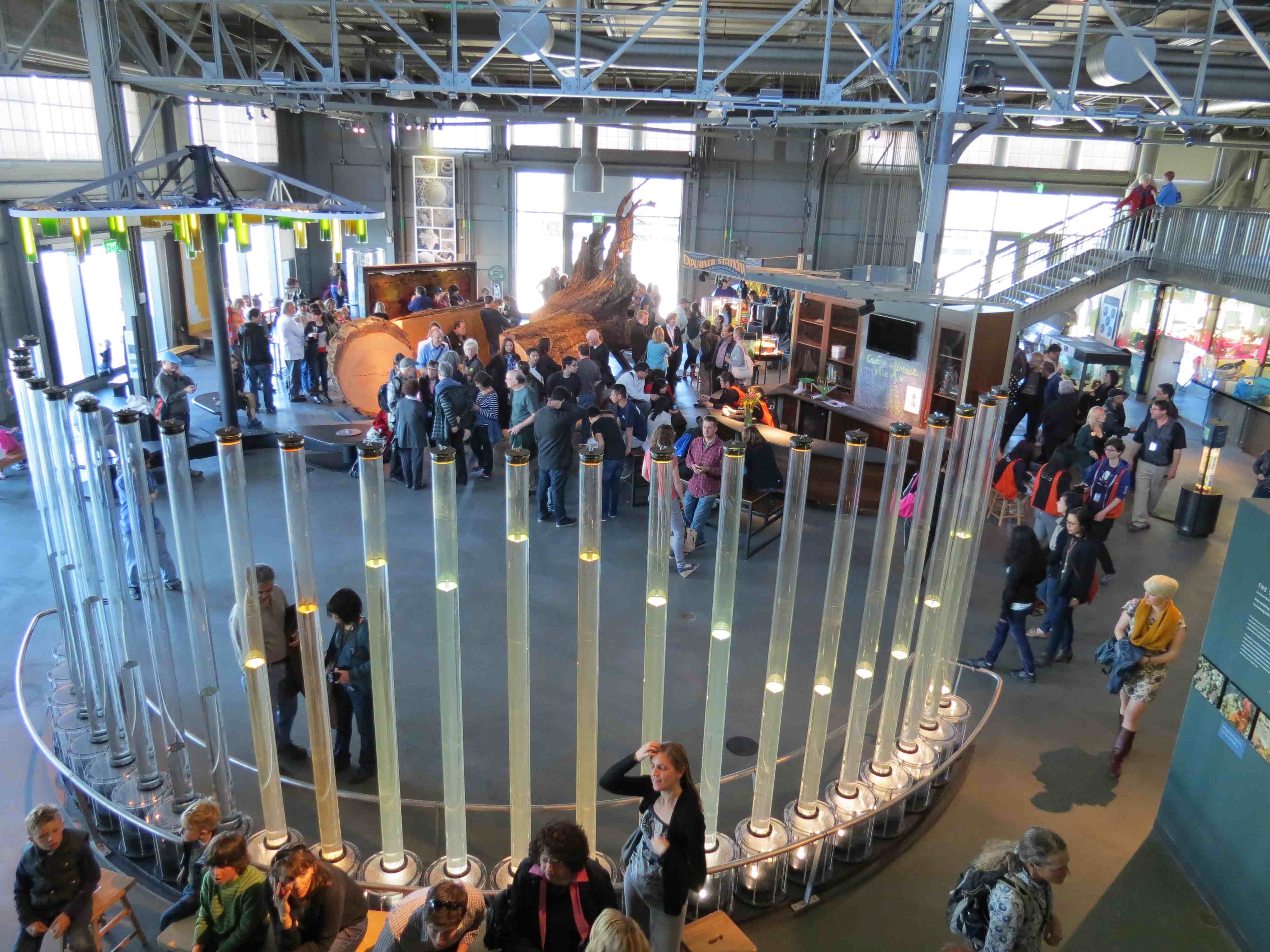 The large East Gallery showcases living systems and offers a grand view of the San Francisco Bay. The tall glass pipes in this scene indicate tide levels over a 24-hour period. Towards the back of this image you can see the redwood tree sculpture which has seating ledges made from the wood making it possible for you to sit and look carefully at the majesty of this specimen. 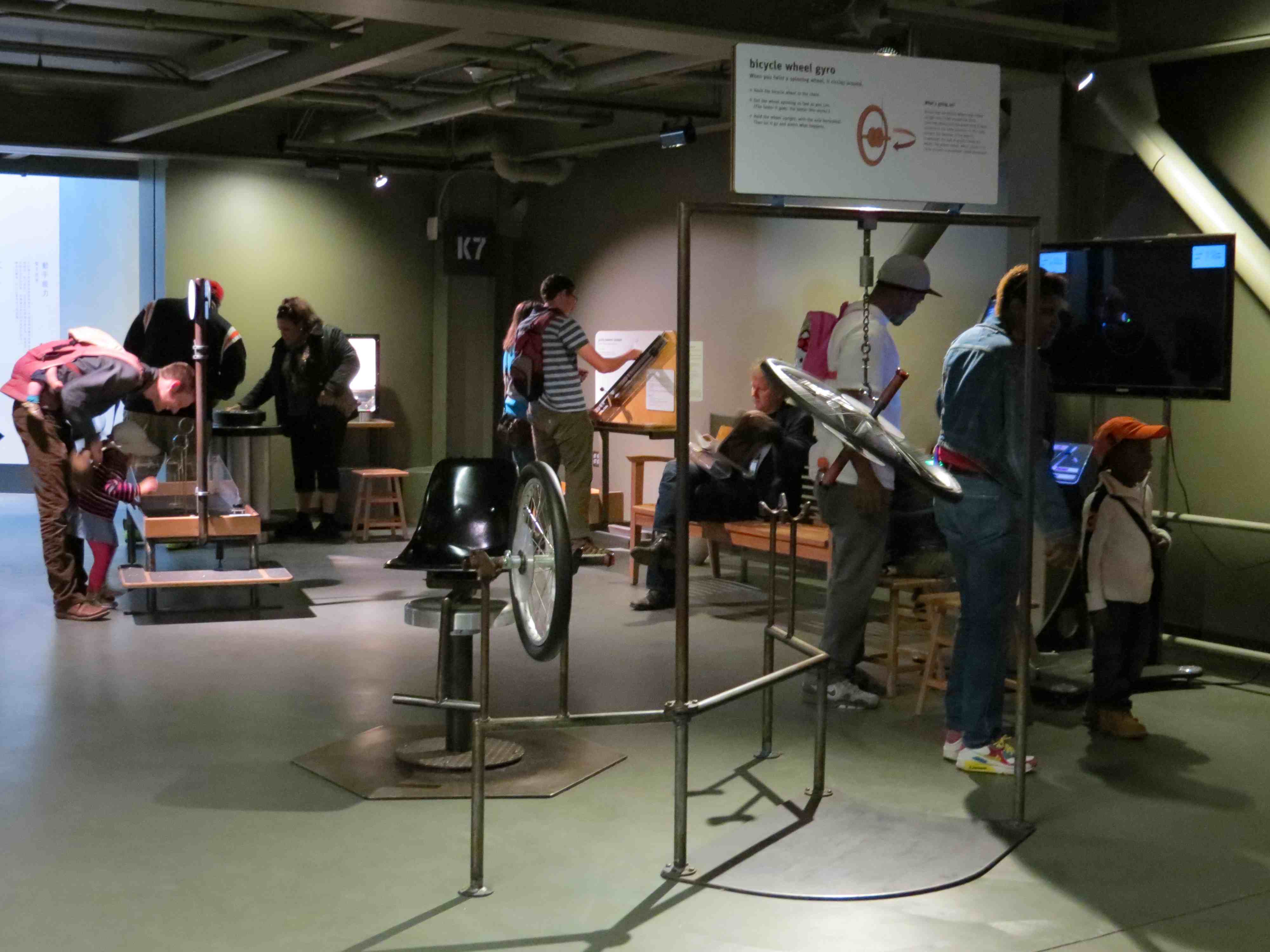 The new space throughout echoes what I will now think of as the classic Exploratorium. This Time and Motion gallery is one of several that have lower ceilings and permanent walls, a space change from the former Palace building. 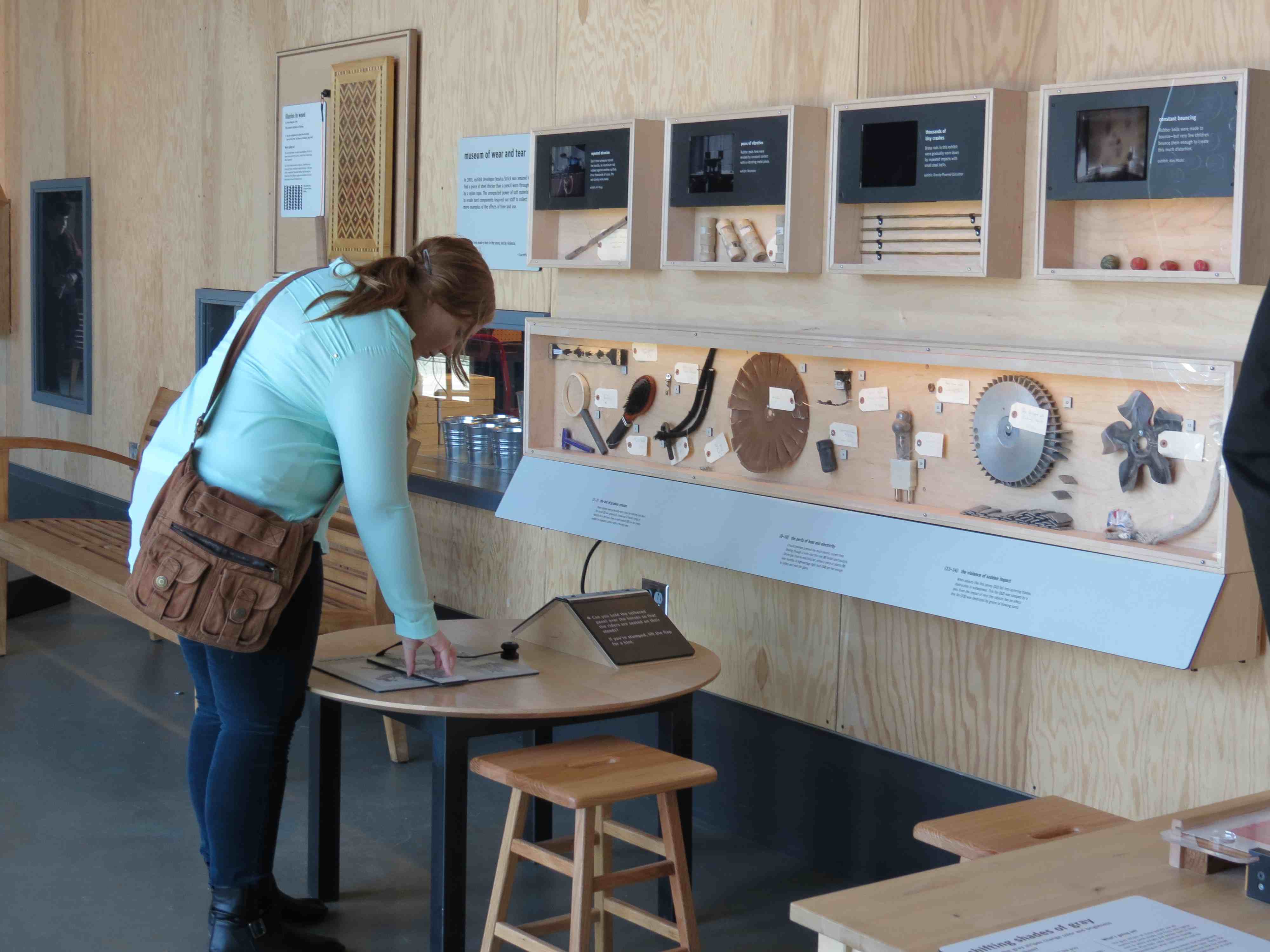 This display titled, The Museum of Wear and Tear is located along the South Corridor. Since its Geometry Playground exhibition created several years ago, the Exploratorium now includes more objects to highlight their own inherent possibilities. Notice the plywood siding that also contributes to the lighter feel of the museum. 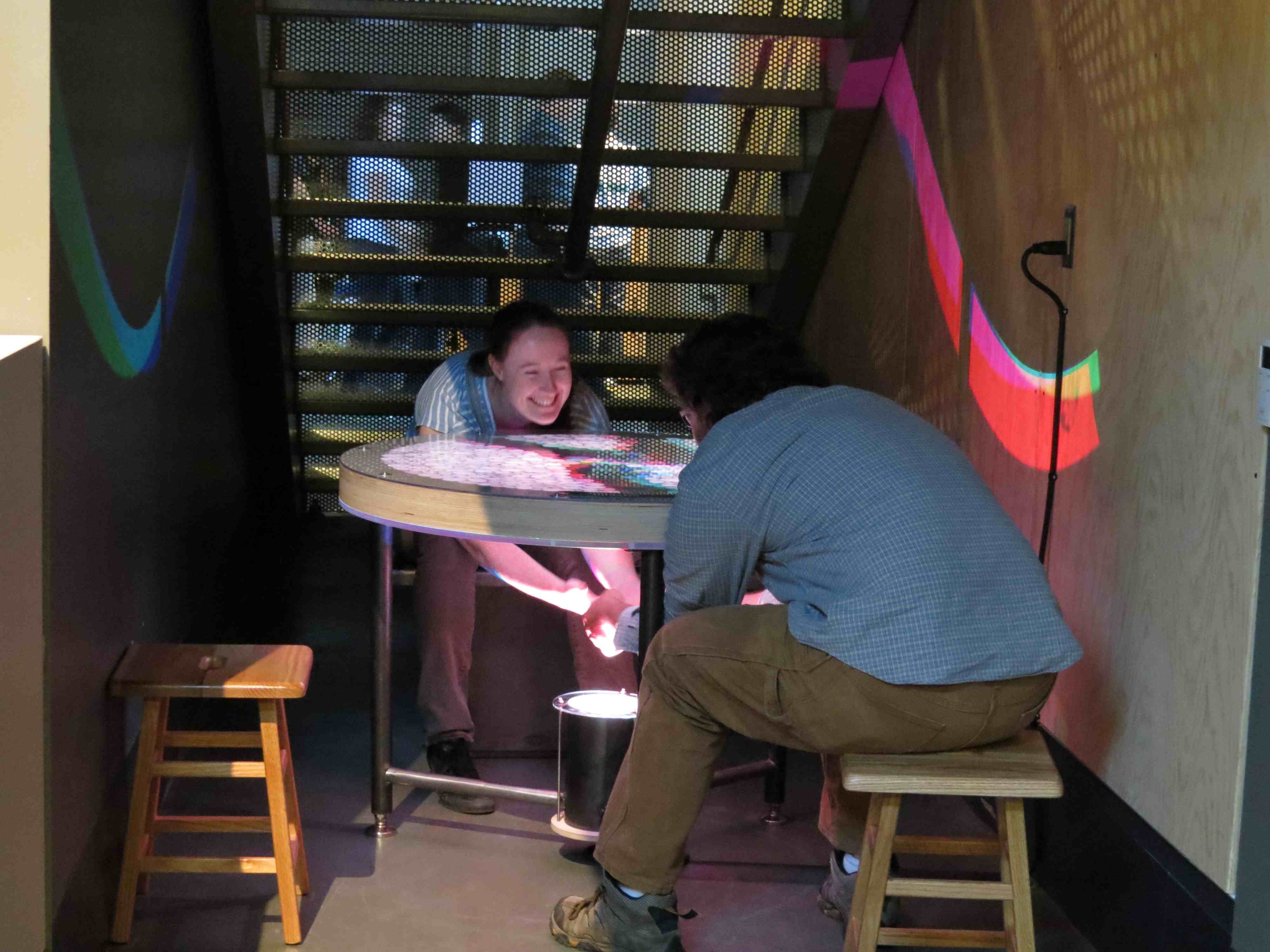 You’ll find interactives all throughout the building, including in nooks and crannies that let you get way from the crowds if you want. These two found their own fun underneath a staircase as they made colored shadows on the table by blocking the light from below. 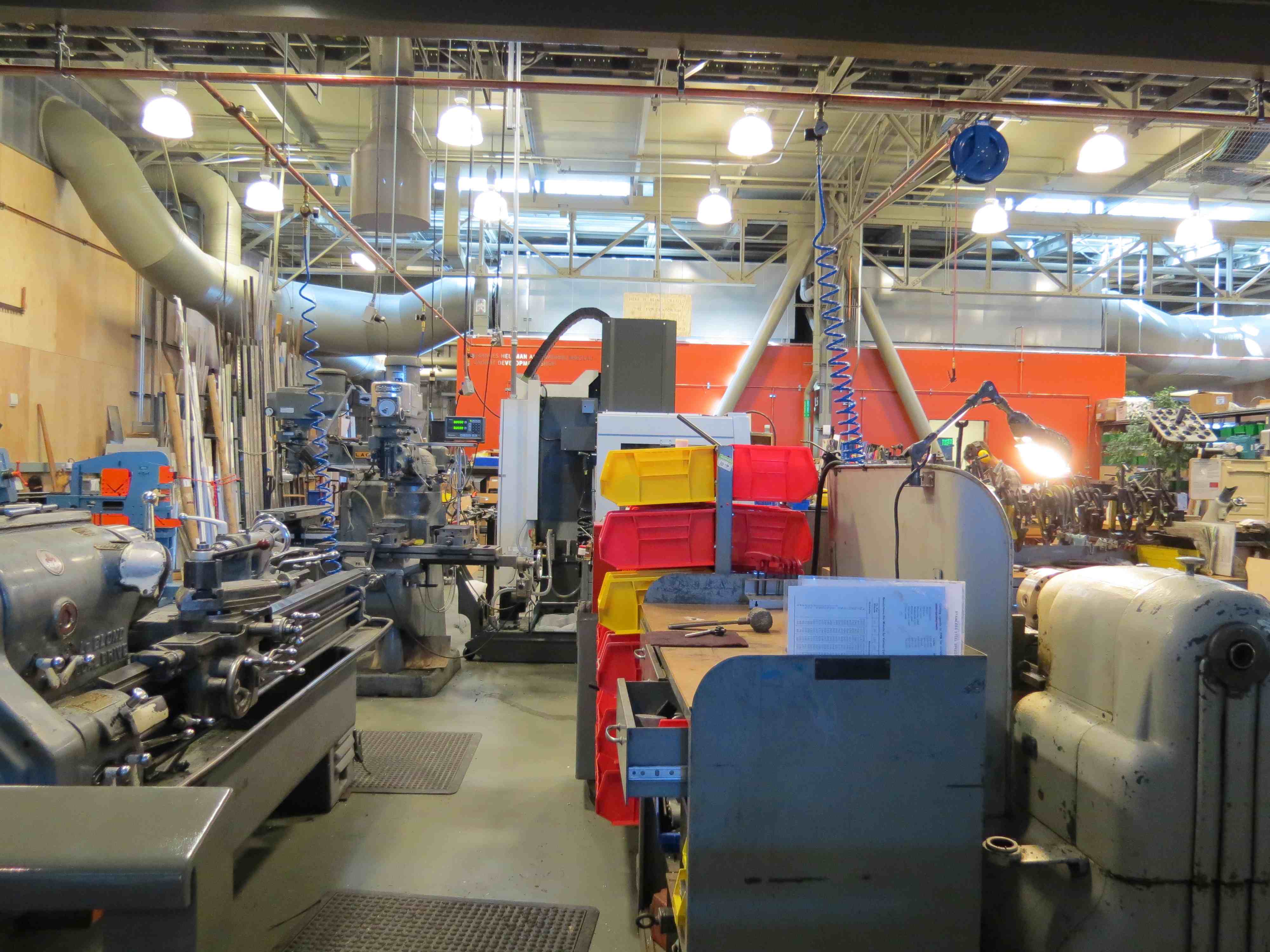 The shop, a core essence of the Exploratorium, still stands, bigger and even more visible to the public. This staff work space sits right across from the Tinkering Studio where visitor makers can try their own hands at using tools. 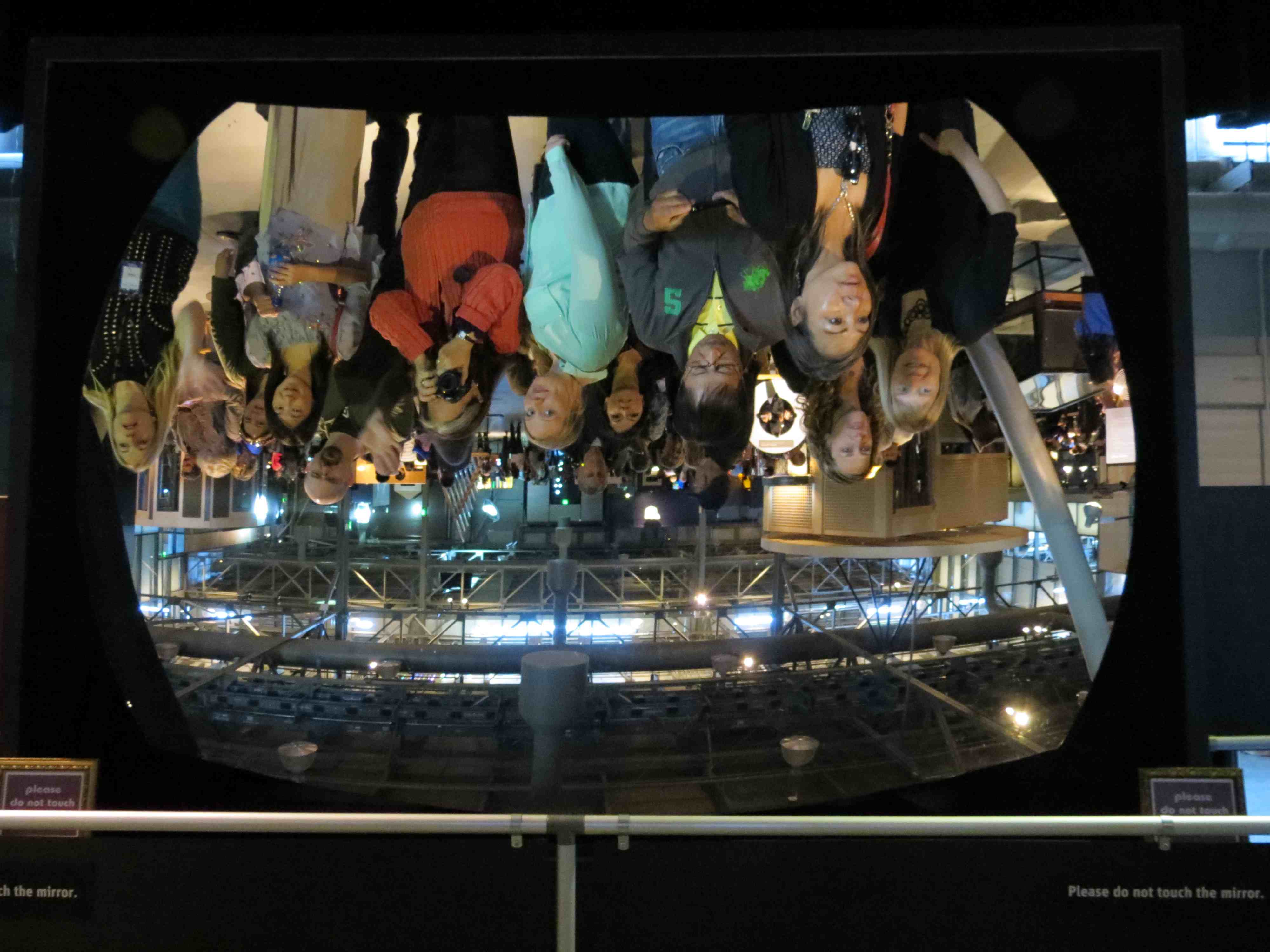 In the Bay Area much of the media blitz about the reopening includes photographs of people playing with their reflections in this oversized parabolic mirror. Certainly a show-stopper, visitors flock to it to see themselves in a world turned upside-down. If you flip this image in your mind’s eye, you can see that high ceilings remain a trademark of the Exploratorium. 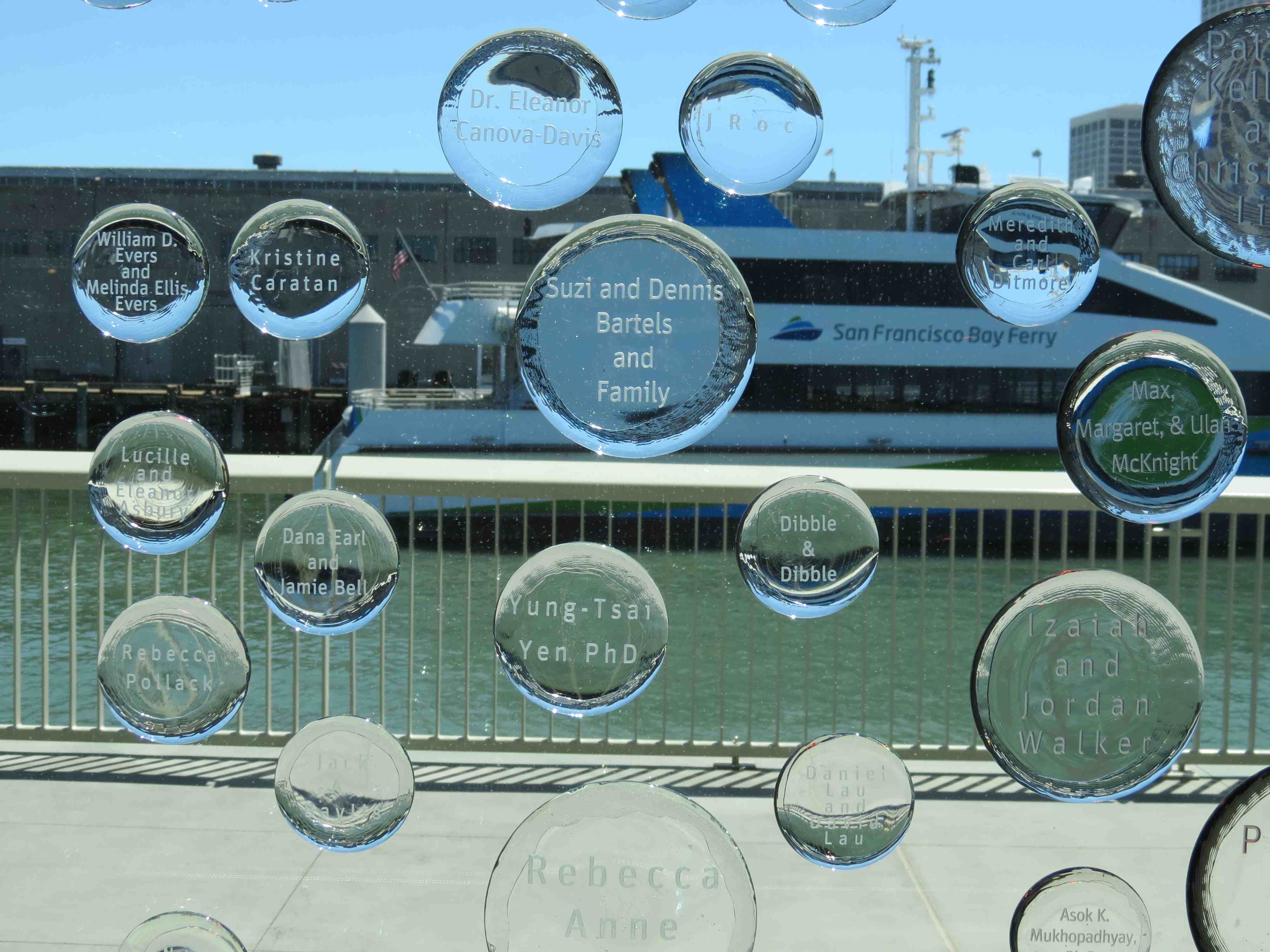 Several donor panels stand along the East Corridor allowing you to acknowledge the patron support, yet still see the waterway beyond. 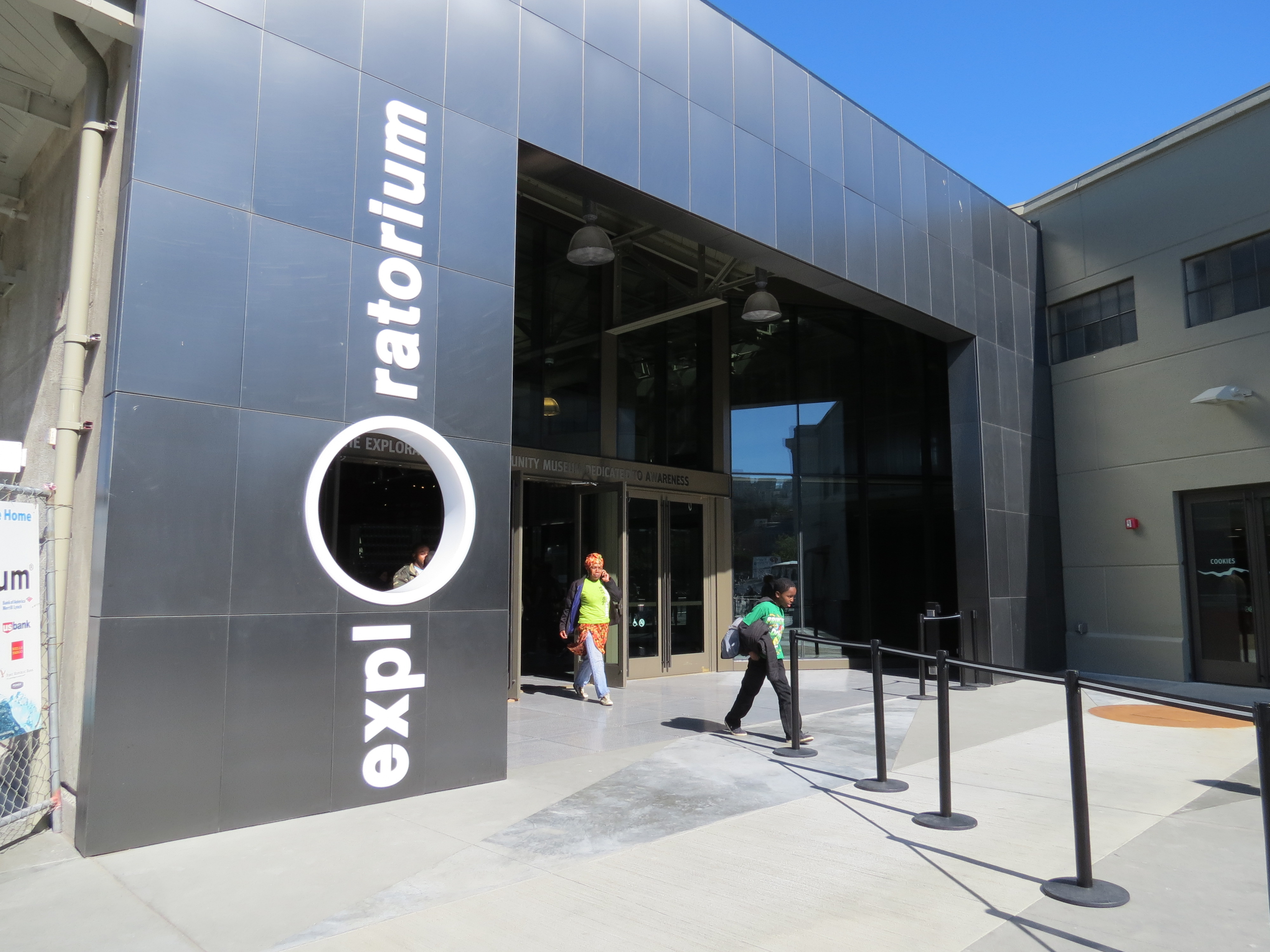 The entrance way to the new Exploratorium on Pier 15.

Hats off to the staff and volunteers who made the physical transition from the Palace to Pier in less than four months. As the staff finishes their move “to do” lists and settles into these engaging spaces on the Pier there will be adjustments. One of the Exploratorium’s best traits, and fundamental to it is that it is an institution that is constantly “becoming.” As such, what a great place to wonder and rethink!

Susan Spero, Professor of Museum Studies at John F. Kennedy University has taught over a half-dozen staff at the Exploratorium during her career. She appreciates the pride on their faces as they showed the new Exploratorium to friends and family over the weekend. This past year she additionally volunteered on a project with the Exploratorium’s Tinkering Studio.

A must see next time I am there!