At a recent symposium panel about interpreting contentious histories—a topic with which curators in Hawaii are quite familiar—I spoke about the early planning process for several new exhibits in Iolani Palace, and an overview of a 3-day retreat we held with five advisory scholars, a design team, and a consultant. I explained that I wanted our visitors to get beyond the emotions often provoked by our tumultuous story. Rather than having visitors leave the Palace overwhelmed and disturbed by the overthrow of the Hawaiian monarchy in 1893, I wanted them to engage with the questions and issues surrounding Hawaii history, to want to know more. In the Q & A period following the panel, a native Hawaiian woman took issue with what I had said. She commented, “You said you don’t want people to leave the Palace disturbed, but we Hawaiians want them to feel disturbed. They should feel disturbed!” I explained that I hadn’t meant to minimize the colonial story or its importance for native Hawaiians, but that many visitors faced with a difficult story are inclined to shut down unless we can guide them past their initial emotional reactions. After the panel a former curator from the National Museum of the American Indian told me that they dealt with this challenge all the time. At both of our sites, we were faced with the same question. How can we tell stories of oppression and loss in inclusive ways? How can we respect the feelings of those whose history we narrate, as well as respond to the sensibilities of visitors we wish to attract, educate, and cultivate? 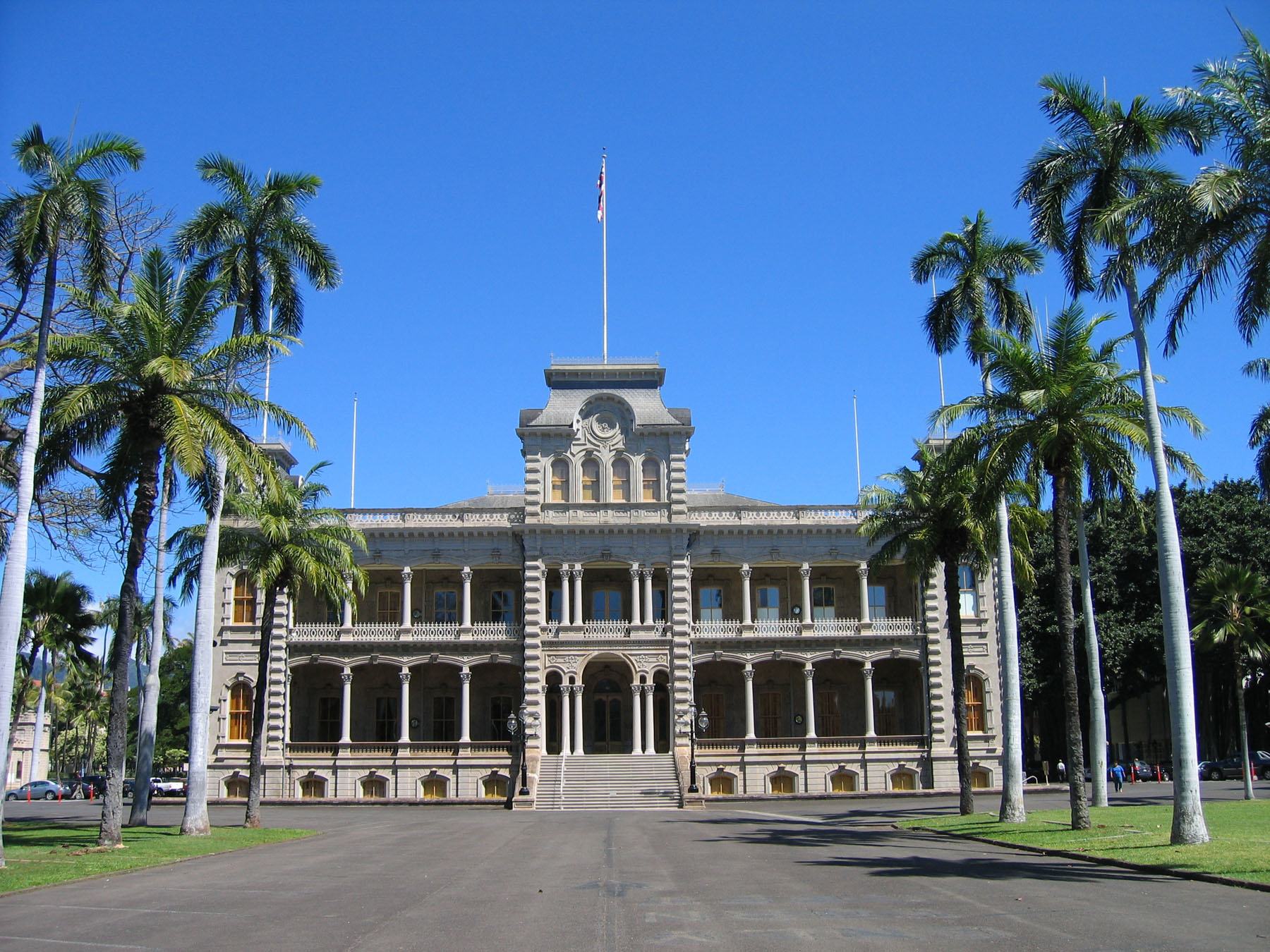 Iolani Palace, in downtown Honolulu, Hawaii, was built in 1882 by King Kalakaua and is the official home of the Hawaiian monarchs. For many local people and especially native Hawaiians, the Palace symbolizes the apex and demise of the Kingdom of Hawaii. As a site built and occupied by a great chief and King, it has mana, spiritual energy, and is considered by many people to be a sacred space and a living entity. It is periodically a site of protest as well as commemoration. As a result, its interpretation as a museum becomes a delicate matter. We presently tell a story that spans from 1882-1887 with some references to the five years that followed. The restored period rooms of the Palace are the backdrop for a celebratory narrative about King Kalakaua, his consort Queen Kapiolani, and his sister and heir, Queen Liluokalani. This narrative highlights the Kingdom of Hawaii’s international connections and visionary leadership, as well as the monarchs’ sophistication and accomplishments. Now, after over four decades of restoration and refurnishing, we are ready to broaden and deepen our interpretation to tell multiple and more nuanced stories in a broader historical context. Hand in hand with expanding our content is our desire to create a visitor-centered experience that moves beyond a didactic approach to interpretation.

During the 3-day retreat that launched our exhibit planning in 2013, the scholars determined that it was important that hidden stories be told from a Hawaiian-centric perspective and in the context of 19th Century Empire building in the Pacific. As they explored topics like cuisine, music, foreign relations, and protest, their central concern was how the exhibits would speak about and to native Hawaiians. They debated how to present the tensions of colonial encroachment and population loss while focusing on indigenous agency, innovation, cultural revival, and political resurgence. Especially problematic was how to cover post-monarchy history. Currently, the Palace is a site where the American flag is never flown, but it previously housed the Provisional, Territorial, WWII Military, and State of Hawaii governments. Omitting this succession of building uses erases local collective memory and runs the risk of shutting out potential stakeholders, yet inclusive interpretation must be sensitive to emotions surrounding monarchy history and cognizant of what it represents for the future of native Hawaiians.

To expand our view, our consultant reminded us that 85% of our visitors are from outside Hawaii. To be effective, Palace-related stories of chiefly accomplishment, national loss, and cultural revival must be made equally accessible to a wide range of visitors, many with no previous knowledge of Hawaii other than tourist industry packaging. As we move forward with our exhibit planning, our interpretive challenge is to build bridges between a history that is still emerging and what visitors know, to engage their curiosities, and to stir appreciation for an important piece of the human story. We don’t have to stop at what visitors are willing and able to hear if we can find ways to spur dialogue about thorny issues like colonialism and sovereignty. If we do that job well, they may join us as stakeholders, as well as in perceiving the Palace as sacred space.

Reblogged this on UH Museum Studies and commented:
Great article from a panelist at our 2013 Symposium.