How would you react if you found out that the ceiling of the Sistine Chapel, painted by Michelangelo himself over four painstaking years (1508-1512), was to be ‘adjusted’ or repainted in order to make it more contemporary or relevant for a 21st century audience? 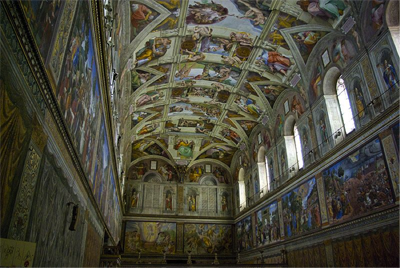 For those of us who work in the cultural sector, it is common sense that priceless artworks from bygone eras should be preserved for future generations to see. Every year, millions of tourists travel the world round to experience the unquantifiable mixture of wonder, visual pleasure and nostalgia that accompanies standing before such masterpieces. There is no denying that we treasure these objects and value them deeply as an important part of our heritage.

Unfortunately, it appears that everyone does not feel this way. In fact, at this very moment, dozens of artworks—many of which were painted by masters of their genre—are slated to be cut apart, removed from their homes, and then destroyed, put into long-term storage, or reconstructed in a location more ‘fit for the 21st century.’

What I’m referring to are the James Ford Bell Museum natural history dioramas in Minneapolis, Minnesota. After many years of negotiating, the University of Minnesota has finally secured state funding to construct a $57.5 million museum on their St. Paul campus, and plans to dismantle, transport and re-install some of the dioramas in more modern quarters, where they can be “enlivened with multisensory aids such as nature sounds or scents, touch tables and activity kiosks” (Abbe, 2014). 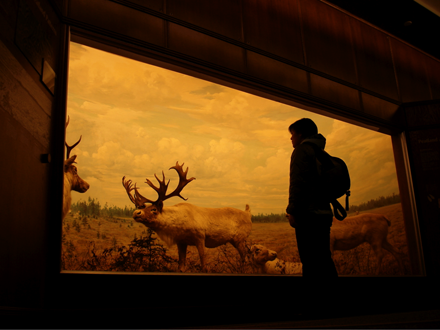 A visitor peers into the caribou diorama at the Bell Museum. (Photo by Paul Carroll on Flickr).

The Bell Museum houses one of the “most magnificent collections of natural history dioramas done by the great wildlife and bird artist, Francis Lee Jaques,” in addition to masterpieces by “Louis Agassiz Fuertes, Robert Bruce Horsefall, Charles Abel Corwin, and pioneer diorama designer, famed Ornithologist and early conservation activist Frank Chapman” (Quinn, 2014). These pieces are absolutely one of a kind and irreplaceable, as there is no artist alive who so intimately knew the wildlife and plant species of Minnesota, who deeply understood the intricate details of their natural history and ecology, and who so passionately loved the natural places that enabled their existence. 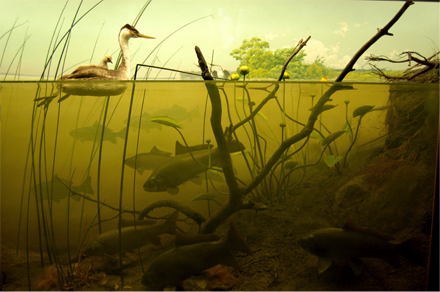 The Western Grebe and Endangered Buffalofish diorama at the Bell Museum is scheduled for permanent removal (Save the Bell Museum, 2014). (Photo by Curious Expeditions on Flickr).

Stephen C. Quinn, retired Senior Project Manager for Exhibitions at the American Museum of Natural History (AMNH), is a diorama history and fabrication expert. When he found out about the plans to move and ‘update’ or ‘repurpose’ the Bell Museum dioramas, he made an urgent plea to save the artworks from what he believes will ultimately be their demise.

Read his letter here, and check out his Facebook page: Save the Bell Museum.

I have never met Stephen Quinn, but I have long admired his work. He passionately advocated for the restoration of the AMNH’s mammal dioramas, and as a result today’s visitors have the privilege of viewing these masterpieces in the manner their original creators intended.

You may now be wondering—what does this all have to do with the Western Museums Association (WMA)? Well, the only reason that I am aware of the plight of the Bell Museum dioramas is because of a connection I made at the 2014 Annual Meeting, which I was able to attend through a Wanda Chin Scholarship. It all began on the shuttle bus bringing a group of conference attendees to the Mob Museum for an evening event. Next to me sat Mark Gostnell, a mount-maker from Ashland, Oregon, and we began talking about dioramas and the powerful impression they can make on museum visitors. Turns out, Mark used to work alongside Stephen Quinn at the AMNH and they remain good friends to this day. He told me of Stephen’s quest to save the Bell Dioramas and I immediately felt compelled to help out in any way I could.

As a result of my interaction with Mark at the 2014 Annual Meeting, I have been looking for opportunities to emphasize why I feel so strongly about dioramas and what they represent in the world of natural history museums.

Most importantly, I adamantly believe that as human beings, we only conserve what we love. For many of us, those ‘ah-ha’ moments where we truly connect with nature have an aesthetic rooting—we love what we find beautiful or intriguing, and in turn we feel compelled to preserve it. This subject was brought up at the WMA 2014 session “Environmental Issues from Many Angles: How Science, Art, and History Create Dialogue and Action,” moderated by Beth Kaminsky at the History Colorado Center. Nearly all science and natural history museums consider it part of their mission to educate the public about the natural world, and to promote conservation-mindedness in its visitors. Yet, many museums attempt to achieve this mission by developing exhibits that are fact and ‘learning’ based, with little regard to the power of art as a tool to connect people with nature and science. You can be visually drawn to a landscape, living thing or object (for instance, a vista in Yosemite National Park, a tree or a fossil) without knowing much about it. Making that aesthetic, emotional connection is critical before facts come into play—only then can a person be driven by curiosity to uncover facts and learn more about the ‘object of their desire.’ Throughout history, countless civilizations have treasured objects from nature and even entire ecosystems without necessarily having an intimate understanding of its biology.

The Elk diorama at the Bell Museum (Photo by Runner1928. Licensed under CC BY-SA 3.0, via Wikipedia Commons).

Today, with information at our fingertips, we have infinite access to facts but very little access to spaces that allow for aesthetically-rooted, transformative experiences with nature. Museums are in a unique position to help people to make emotional and aesthetic connections with nature through art, especially in urban environments where ‘authentic’ contact with nature may be minimal or even lacking. Habitat dioramas speak to a time where museums understood this, and worked hard to create works of art that brought people closer to nature by providing a space for them to reflect on its beauty and fragility.

Of course, combining art and science in exhibits is often less cost-efficient and more time-consuming than many modern museums would like. Back in the 1920s and 1930s for instance, it is estimated that 70% of the AMNH’s budget went to developing exhibitions, compared to only 6% today (AMNH, 2013; Rader & Cain, 2008). Some of the AMNH dioramas were literally decades in the making: the Andros Coral Reef diorama project spanned 12 years, a labor of love that involved traveling repeatedly to the Bahamas to sketch (underwater!) the reef on which the diorama was based, collecting specimens to use as models, producing countless molds of plants and wildlife out of melted beeswax, and painting an intricate two-story backdrop (Quinn, 2006).

Although producing these masterpieces may have been more costly and time consuming for museums than most exhibits of today, see how long they have lasted—in many cases, 80+ years and they are still going strong! With a little restoration here and there, these ‘windows on nature’ have a lifespan much longer than a human lifetime. They can be treasured by future generations and since they are not purely fact-based, their content can never become outdated. To me, this seems like wise investment, as today many exhibits are tossed out or archived in a matter of months.

In the end, I hope to build myself a career around raising awareness about the power of art to promote conservation and a love for nature in museum visitors. Facts are important, but they mean nothing if the visitor has yet to have that ‘ah-ha moment.’ This is what museums can be really good at. When I walk into the diorama halls at the AMNH, a feeling of awe immediately descends upon me—I feel as if I could sit there mesmerized for days on end. The immense beauty and intricacy of these scenes fills me with passion and convinces me that through art, it is possible for humans to achieve a healthier relationship with the natural environment.

I realize that not all people will share my love for dioramas or feel that science museums are necessarily places for art. On the other hand, I’m sure that some of you do. You may see the need to bring humans back into the scientific picture—we are a part of nature, and it is only natural that we can make meaningful connections to the environment through a medium that we have mastered over the millenniums: art. If you feel as I do, please consider how you too can help to bring real artistry back to museum exhibits. Let’s make things that we can be proud of for generations to come.

Let’s save the dioramas! 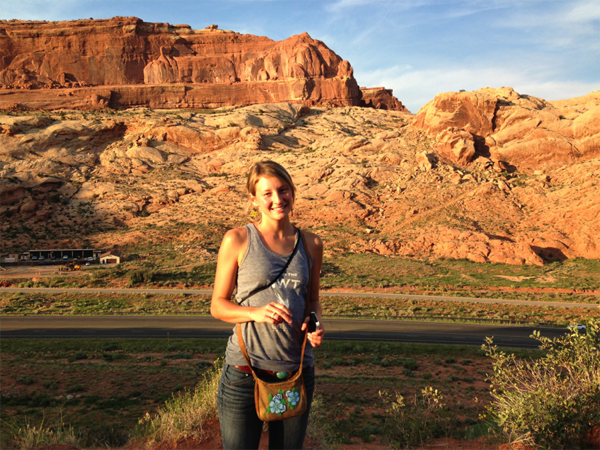 Katharine Baldwin-Corriveau is a MBA/MA in Museum Studies graduate student at John F. Kennedy University in Berkeley, California, and works part time as an outreach coordinator at UC Berkeley’s Museum of Vertebrate Zoology. When she isn’t thinking about the evolution of museums over the last century or daydreaming about how more ‘traditional’ natural history museums should be preserved as History of Science museums or National Historic sites, she enjoys fossil hunting, cooking and getting outdoors to have authentic experiences in nature.

Thank you for your very passionate commentary, which I have only just seen. I am glad that you treasure the Bell Museum dioramas, and I hope you will come to see them in their new home. In the old Bell Museum, the dioramas were destined for a bad fate, with a leaky roof, no climate control (no air conditioning), and no resources for ongoing conservation of these masterpieces. They were not cut up, but were moved carefully, largely as units. This effort revealed a lot of conservation needs, and the wonderful paintings by Frances Lee Jaques and others were very dirty. They have been carefully cleaned and restored, and they look beautiful. The dioramas will be a central feature of the new Bell Museum. Thank you again for your letter and all best wishes.