I would like to thank the people directly involved with the Wanda Chin Professional Development Scholarship, as well as everyone who contributed to the scholarship fund for the opportunity to attend the Western Museum Association (WMA) 2014 Annual Meeting. This conference in Las Vegas was my first WMA Annual Meeting. In fact, it was the first museum-related meetings I have ever attended; the 2014 Annual Meeting was not my first ever conference as I had a previous life before choosing to work in a museum. I was amazed at how warm, welcoming, and supportive this community is to a new member. I want to thank everyone who saw the bright pink ribbon on my badge and made a point to say hello and engage me in conversation. 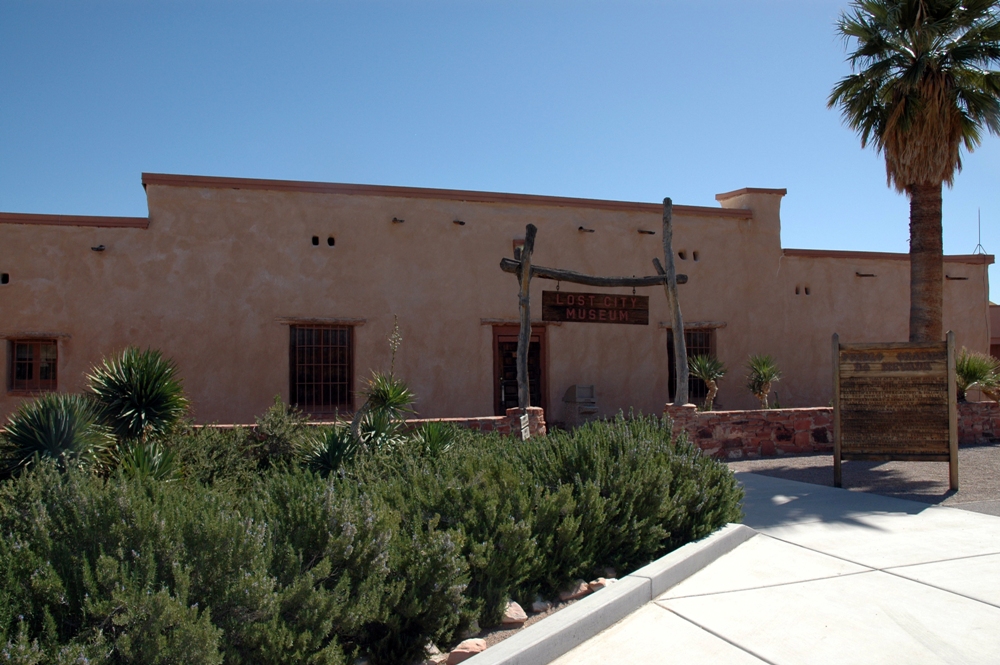 I am not only new to the museum world, but am also new to my job. I work for the Lost City Museum in Overton, NV whose collections focus on the Ancestral Puebloan people who inhabited the area until around 1200CE. It is a wonderful place that combines my old life, archaeology, with my new one. The staff is small, but completely dedicated and hard working. The size, however, has made it important for me to make connections outside my museum in order to have a wide range of viewpoints and expertise to learn from. It was that desire that first sparked my interest in attending the WMA 2014. And, while my time at the Annual Meeting started me well on my way to accomplishing that, it also had the benefit of exposing me to things I had not realized I needed to hear.

I thought I knew what our major challenges are, but the word that kept coming up for me during WMA 2014 was visibility. On one level this is obvious. If no one knows you are there, then how can they decide to visit? My conference started off well, since for my first session I sat in on a wonderful presentation focused on how to be noticed as a museum located outside of an urban area called “Hey Look at Us! Promotional Challenges and Strategies for Museums Outside Major Metropolitan Areas.” I picked it out as an important session by title long before I paused to see the location and affiliation of the presenters. When I saw that they were from a group of museums in Tacoma, Washington, I laughed to myself. When they started the presentation by asking people to raise their hands if they were 20 miles from an urban center, then 30 miles, then 40 miles…  I just kept my hand up. The Lost City Museum is located approximately 60 miles from Las Vegas, Nevada and we have a full time staff of 7 and a community population of approximately 7,000 who live over 43 square miles of land. Our challenges go beyond how to bring ourselves to the attention of people dazzled by the lights of Vegas.

My purpose here is not to say that the people organizing the session didn’t give good advice or helpful presentations, in fact they gave me a lot to think about with regard to how we use social media and the importance of building partnerships with institutions and groups that have complementary goals. Both are important themes they skillfully introduced and I followed up on in other presentations such as “Creating a Successful Social Media Strategy” and “National Parks as Partners.” For me, however, these themes were not the most important contribution to my thinking, since we had already recognized them as areas in which a small museum might have the opportunity for large impact. Rather, what we were looking for was to hear what strategies had worked for others and any cautionary tales we could learn from.

Instead, the “Hey! Look at us” session raised an issue that I continued to hear re-emphasized and expanded upon almost everywhere I went at the Annual Meeting. They spoke about the importance of building sustained relationships with various community institutions, groups, and aligned interests in Tacoma. The purpose was to support each other, but to also have a way to capture and reflect the changing needs of their community. It made me consider how we are not merely invisible to all of the people who live in or visit Las Vegas, which we certainly knew, but how much we are also invisible to our own community. We participate in various groups such as our town’s Chamber of Commerce and a local revitalization group, but in general our community does not see us as a resource. When asked, many of our residents have either never visited or did so as part of a school group many years in the past and have never seen a reason to come back. They think of us as one specific thing, if they think of us at all.

I realized early on in my new position that the location and contents of the Lost City Museum were established in conjunction with a historical reality unconcerned with local community engagement, or even public attendance numbers. At the most fundamental level, the Museum was created because the Hoover (Boulder) Dam was being built, a significant amount of land was going to be flooded, and there was a lot of surplus labor (it was the Great Depression) that could be turned to salvaging the archaeological sites the water would cover. At that time in 1935 the Civilian Conservation Corp, under the auspices of the National Park Service, built a museum with the goal of both housing the material collected and also to show the public what had been “lost” under the waters of the newly created Lake Mead. The population of Last Vegas was just a little over 5,000 in 1930 and a little over 8,000 in the 1940 census, which meant the public the creators envisioned visiting the museum were travelers from outside the region, most of whom would come by train.

The result, however, is a museum where the vast majority of its collections are from the Ancestral Puebloan people who are not the ancestors of either the Southern Paiute or the European descendent communities that make up the current residents of the area. I realized at the 2014 Annual Meeting that this historical reality makes it too easy to focus on visitors from outside our community, especially as there are potentially so many more of them. This cuts us off from being grounded in our local area. We should not back away from the challenge of demonstrating our relevance to our community grounded in the concept that local history is important to us all as our shared history. Additionally, however, it is incumbent upon us to reach out to people to let them know that we can function as a resource for them, when they have never considered us in that way.

Part of that, of course, is to ask people what they would like to have us do or what would bring them to us, which is something we are in the process of. A one-time or even annual instance where we ask and the community answers, however, does not solve our problem. We need to find ways to build long-term and on-going relationships with people and groups in the community. This is something that was repeated in multiple presentations I attended including both “Museums and Galleries as Venues for Civic Engagement,” and also “Speaking for Others.” These presentations demonstrated the necessity and challenge of working with partners, and that sometimes relationships may not need to be built so much as repaired. It is only through everyone working to create and sustain relationships that trust is developed and ways can be found in which all parties are contributing to the benefit of one another. Listening to presenters talk about their experiences also reassured me that it is never too late to begin, and that it is OK if it takes a while. Relationships need to be nurtured by people listening to each other, working together, and being able to meet as partners. None of this is easy, but a desire to get to work and a humble attitude centered on learning from each other, helps everyone move together in the same direction. This is the kind of work that creates ongoing visibility in the community because they see us as valuable partners when we see them in the same way.

Molly Fierer-Donaldson is the curator and archaeologist at the Lost City Museum in Overton, NV, at least that is what her title says. She loves digging in the dirt, teaching history, and ruthlessly well-organized physical and digital storage.