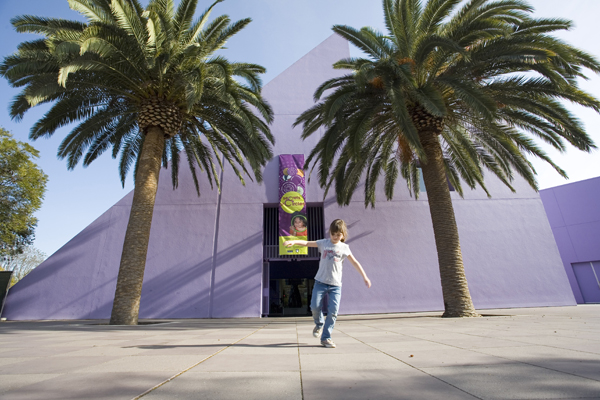 Conceptualized in 1982 and fully realized in 1990, the Children’s Discovery Museum of San Jose (CDM) is now nestled in the Downtown district in a 52,000 square foot purple building designed by Mexico City-based architect Ricardo Legorreta. Since it's opening, CDM has welcomed over 7 million visitors. With a mission “to inspire creativity, curiosity, and lifelong learning,” and core values of play, integrity, curiosity, intersections, community, and learning, CDM has been making a positive impact on Silicon Valley’s youngest learners for 25 years.

The Museum hosts 150 interactive exhibits that lets children’s curiosity soar and enables them to discover firsthand some of the how’s and why’s of the world we live in. Specific exhibits explore the visual and performing arts, bubbles and water, and much more. Award-winning interactive experiences help children develop critical thinking and problem solving abilities, while having fun at the same time! Galleries such as Mammoth Discovery!, Rainbow Market and Kids’ Garden are immersive, and use self-directed experiences where visitors use all of their senses. The West Wing Gallery features rotating exhibits and is currently showing Voyage to Vietnam: Celebrating the Tet Festival through May 2015. This exhibit allows families to understand Vietnamese culture, gain appreciation for the traditions, values, and daily experiences of people who live in Vietnam, and discover similarities and differences among the lives of children in the U.S. and in Vietnam.” This exhibit is of particular importance as San Jose has the largest Vietnamese population of any city outside of Vietnam. Additionally, Dora and Diego’s Big Adventure will be on view in summer 2015, followed by Imagination Playground in the fall. 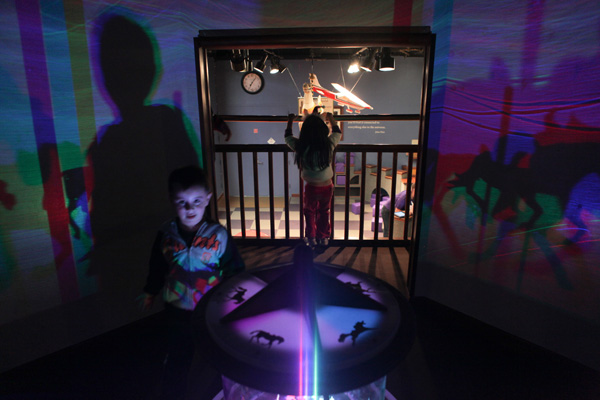 The Wonder Cabinet exhibit for visitors ages 4 and under.

Focused programs at CDM provide for additional, sustained educational opportunities for young people who have outgrown the exhibit-based experience, and BioSITE is one hands-on example. Using the Guadalupe River adjacent to the Museum, this co-learning experience works with highschoolers to learn about riparian ecology, habitats, and water quality monitoring techniques. Using lesson plans that they have developed, they then teach what they have learned to 4th graders. Discovery Youth is another example of multi-aged programming, “where adolescents from grades five through twelve develop media projects such as photography, web design, and films in the Museum’s Multimedia Studio.” Likewise, the Summer of Service summer camp program is aimed at 7th through 10th graders and is unique is its serving learning approach where participants spend their days completing community service projects at local sites, such as food banks, senior centers, and Head Start preschools.

San Jose’s population is continuously growing, currently California’s third largest city, and the 10th largest city in the United States. According to city census data, 39% of residents are born in another country (2/3 from Asia and 1/3 from Latin America) and 12% have entered the U.S. since 2000. More than half of the population speaks a language other than English at home. Recognizing the needs of the area, CDM engages San Jose and Silicon Valley through multiple Community Celebrations throughout the year. Mexican and Asian heritages are celebrated during the Winter with the Dia de Los Tres Reyes Magos and Lunar New Year festivals, respectively; Vietnamese culture is celebrated in the Children of the Dragon event in the Spring; and the Fall boasts the Lantern Festival and Diwali Festival to celebrate Asian and Indian cultures, respectively. 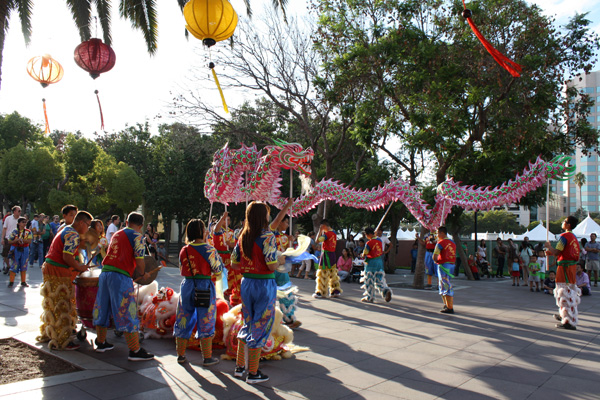 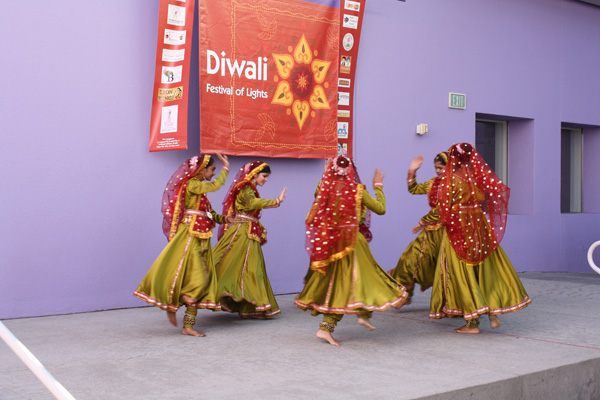 Dancers perform in the Amphitheatre of the Children's Discovery Museum of San Jose during the Diwali celebration.

CDM also works to further the museum field through various research projects with developmental psychologists for audience studies focused on understanding learning in the context of informal environments. Through a partnership with the University of California, Santa Cruz, for example, researchers use exhibits as a platform for studying parent/child conversations about science and experiment with different approaches. It is a cyclical process: research is used to inform CDM’s exhibits, and participant’s play within those exhibits directs researchers’ studies. Mammoth Discovery! is exemplary of this process; exhibit developers and researchers prototype-tested content multiple times followed by subsequent renditions, and are currently conducting ongoing child development research through observations of interactions with the final exhibit. 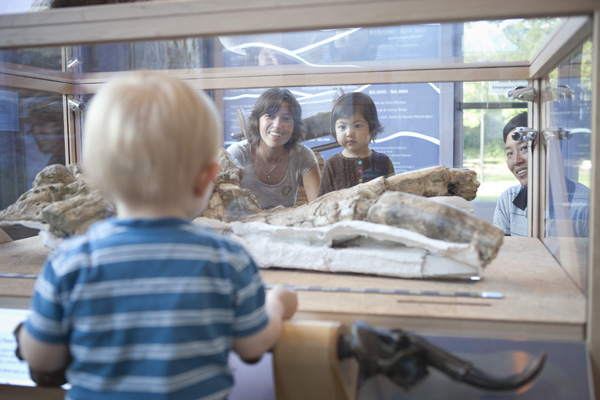 The Mammoth Discovery exhibit at the Children's Discovery Museum of San Jose.

CDM will be highlighted at the 2015 Annual Meeting during multiple sessions, as well as during the San Jose Stories Evening Event. Explore the Museum while networking with your peers—and having fun!

Learn more about the 2015 Annual Meeting

Make sure to visit Children’s Discovery Museum when you’re in San Jose this October!

So happy to see their growth in community engagement and the sustainability of BioSITE. I was former instructor at CDM.