When Sunnylands Center & Gardens opened to the public in 2012, the programs department was in uncharted waters. We had to build from the ground up. This created challenges both in being a new institution and wanting to be accessible and relevant to many audiences.

One area of particular concern was how to serve the young professionals in the desert. They occasionally trickled in and out of the Center & Gardens, but not in great numbers and definitely not in any comprehensible way. This pattern of visitation seemed to support a belief that the desert doesn’t have a substantial young professional population. Sure, we get young tourists on the weekend from L.A. or outside the area, but they leave after the weekend, and then it’s just crickets or in our case, scorpions. This was odd, because we would see them on weekdays, too. It was like a Bigfoot sighting, running into them at grocery stores on Tuesday, or restaurants on Thursdays, but no one believed we actually saw them and we never thought to take selfies as proof.

So, we developed a reasonable plan. We grabbed them when we found them. We forced our business cards on them, with a desperate, “Call me!” and barraged them with questions that really boiled down to one thing: “WHAT THE HECK DO YOU WANT?”

They, for their part, were very forthcoming. They wanted a place to have meaningful conversations on topics they believed were important. They wanted to network and meet young professionals in other fields, because they too felt like they were the only one in the desert. They wanted food and drinks! They wanted something with substance; something more than just going to a bar or a club.

NOOOO PROBLEM! We could do that. That’s what Sunnylands is all about... dialogue… ideas… communication. SO, we created NightLife! It had a snappy cool name; it hosted engaging topics, followed by a mixer with delicious pairings of food and drinks from local distributors. WE DID IT! It was a FABULOUS idea with high fives all around! It was socializing with a purpose, full of dreams and hopes and excitement!

And then… it failed. Now in our defense, it failed spectacularly well, in that we sold the tickets, but the audience on any given night was only about 1-5% young professionals. How was this happening? We gave them what they asked for. Why didn’t they come?

We had been smart enough to grab the business cards of the 1-5% who did come, and we asked them, are the topics wrong? Nope, love the topics. Is the food bad? Nope, delicious, and love the local drink pairings too. Kudos to us! Sooo, WHAT was it?

They weren’t coming, because despite our efforts, they didn’t know about it. It was only by accident that the 1-5% saw the information. It didn’t occur to them to actively look at Sunnylands for young professional programming, no matter how much media coverage there was. They weren’t paying attention to us. They never looked at the website and never bought the tickets (which were only $10), and therefore, they never showed up.

After two seasons of marketing experimentation, we seemed to be proving what we were trying to disprove—either this demographic was not here or they just were not interested.

So we stopped. We were missing something and we needed to figure out what it was.

We contacted the percentage of young professionals who had shown up and formed a planning committee. From our discussions, we discovered our problem was not unique. They were facing similar challenges finding one another outside their career fields. Luckily, the committee had representation from different fields, so already we were building a central core group for getting the word out and connecting.

They listened as we explained the intent and parameters of the program. They told us what they liked, didn’t like, and what they wanted. We learned that we were doing several things right. They loved the topics, the combination of a mixer and food was great, but they didn’t think our information distribution strategy worked for them. What was the hook?

We began a combined effort with our committee and our marketing department to rethink the process. We began a redesign that actually seemed to run counter to turning this thing around. IT MADE NO SENSE!

First, we changed it from a theater style seated event, with a typical moderator and panel on stage, to a salon-style discussion with a circular layout and comfortable seating. The speakers were inserted among the guests on different sides of the room to encourage dialogue and audience participation. The moderator moved around the audience getting the conversation started and keeping it moving. This one change allowed us to increase our numbers from 50 (Theater capacity) to 100 (Great Room salon-style, well below capacity, but perfect for a group discussion). It seemed counterproductive to add seats when we weren’t getting the audience we wanted, but that was nothing compared to what we did next. 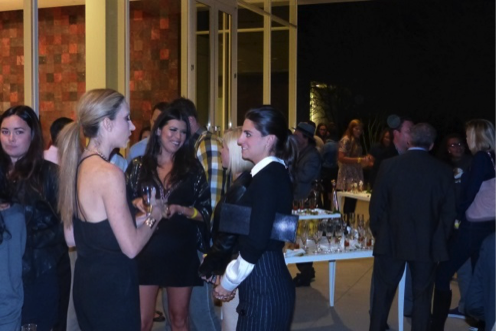 We stopped advertising it to the public. There was no press release. We took it off the website and completely hid it. Instead of advertising it in the large white noise of other activities, we redirected our strategy in three ways. First, we did direct demographic targeting through the social media outlets, an obvious choice. Second, we doubled the ticket price. Yes, you read that right…DOUBLED! Third, we designed an invite with an embedded link that would take you to the ticket site. You could only access tickets if you had this link. The committee was required to send it out to their networks and commit to getting their group to the first event. This created an amazing rumor-mill-type buzz about the underground program at Sunnylands. Who had the invite? How could you get the link? How do you get on the list? 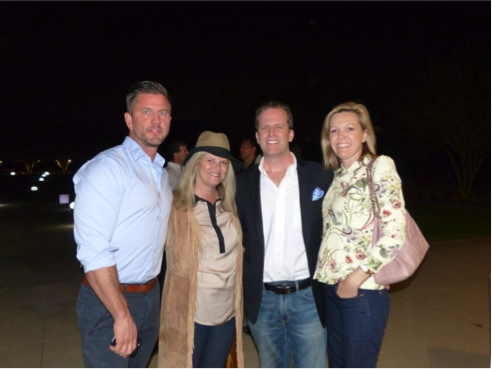 Look! Young professionals, not quite as elusive as Big Foot!

Unbelievably, this worked! Our first program sold out within a few days and for the first time was filled with young professionals from across the valley, including small business owners, real estate professionals, political officials, the art community and many more. We had to turn people away. It has maintained its popularity and we have been able to build the list from the ticketing system. We no longer have to do direct demographic marketing. They have found us and they are coming! 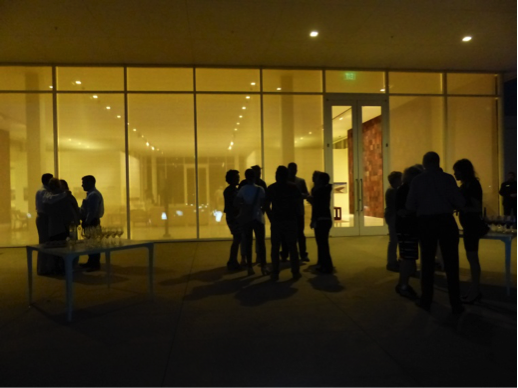 Closing time, but die-hards not ready to leave.