Here on the WestMuse Blog, you’ll find a variety of articles and resources to help guide you through this difficult time as we all stay home to mitigate the spread of COVID-19.

Check in every #WestMuseWednesday and Fridays for our latest blog posts discussing current topics from learning how to work from home to sharing social media best practices.

If you’re seeking information on a specific topic related to the museum industry or COVID-19, please feel free to reach out to us at blog@westmuse.org. Thanks!

Contribute to our blog! View our submission guidelines.

January 4, 2017
By John Bello
Frequently in the field of museums, we operate without much acknowledgment of others. That is not to say that museums do not talk with one another. Museums operate in a singular vacuum of oneness. Yet, museums are all dealing with the same changes from outside forces. With new digital media, social media, programming, strained funding, and other challenges, museums are constantly...
Read More

Planning for the Unexpected at WMA

Being a recipient to the Wanda Chin Grant is something I am grateful for.  Without the assistance of this grant my attendance, and professional development opportunities associated with participation, would likely not happen this year.  The WMA annual meeting in Phoenix was a treasure of...
Read More

Reflections on the Oregon Museums Association's 2016 Annual Meeting and Conference

December 1, 2016
By Claire Blaylock
From October 23-25th, the Oregon Museums Association hosted our annual meeting in the scenic college town of Eugene, Oregon. The conference theme, “Engage!” drew representatives from museums across the state. From small local institutions to large regional museums, volunteers and staff members discussed how museums can engage with their audiences in the 21st century.
OMA was...
Read More

November 28, 2016
I’m going to start with a confession: it often takes me several weeks after a professional conference for the information I’ve to crystallize into useful lessons. Being a typical introvert, the conference and networking can render me feeling highly energized and highly depleted at the same time. Once the overstimulation wears off and I am back in my routine, the lessons and conversations shared...
Read More

Prototyping for "Altered State: Marijuana in California" at OMCA

November 22, 2016
By Sarah Seiter
This year, we at the Oakland Museum of California were honored to win the WMA Charles Redd Award for our exhibition, Altered State: Marijuana in California. This award was an exciting step for us, because OMCA deals with state and local issues, and the 2016 WMA annual meeting was a chance to see how other museums are tackling similar issues in their communities. I felt fortunate...
Read More

How Museums are Responding to FSLA: An Interview with Christine Searles

November 9, 2016
On May 18, 2016, the U.S. Labor Department announced overtime final regulations that, when they go into effect on December 1, 2016, will mean that many employees earning less than $913 per week ($47,500 annually) will be entitled to overtime compensation.

Through An Intern’s Eyes: Essential Drudgery

This is part two of three part series in which Museum of Anthropology at the University of British Columbia (MOA) intern Nikki Peck shares a behind-the-scenes look into creating the Lawrence Paul Yuxweluptun: Unceded Territories exhibition. Read part one.
Last summer, during the third and fourth weeks of my volunteer curatorial internship at MOA, I was asked by curators Karen...
Read More

October 19, 2016
By Anne Rowe
In Phoenix we kicked off the conference with a lively meet and greet free program called Speed Networking. Brave participants entered gingerly into the space; a slow trickle at first and then a small surge thanks in part to Niki Cuccinotto of the Musical Instrument Museum in Phoenix who took matters into her own hands.  She tweeted to her contacts in attendance and ran over to the...
Read More

Get notified about new blog posts! 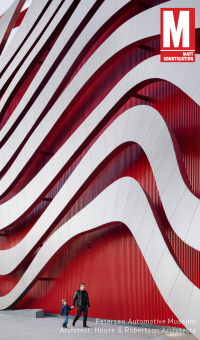 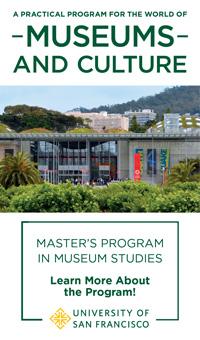 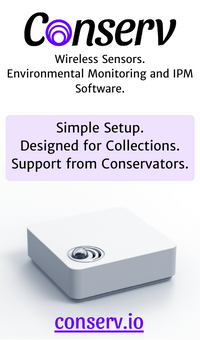